Hosted by Austin Creed, EA Play 2021 was a jam packed show that featured video games coming soon as well and in the near future from EA. Let’s take a look at some of the highlights and exciting games from EA Play 2021.

Lost in Random is a gothic fairytale-inspired action adventure game from Swedish developer Zoink. The Kingdom of Random is divided into six realms where life is dictated by a cursed black dice. Playing as Even, you set out on a quest to save your sister from the wicked Queen. During your adventure, you team up with Dicey, a small and strange living dice.

Lost in Random features unique gameplay in that it’s centered around the Dicey. In addition to collecting coins to learn new attacks, abilities and more, you can use your slingshot to attack and knock off energy cubes that power Dicey. Once charged, they can roll Dicey to freeze time itself and unleash his powerful magic.

GRID Legends is a high-stakes driving game that combines thrilling motorsport action, incredible race variety and an immersive story that puts you, the player, at the heart of the action. Compete on over 130 routes, including real-life tracks such as Brands Hatch and Indianapolis, to iconic GRID city circuits like San Francisco, Paris, and more. Race and upgrade over 100 vehicles from classic touring cars to big rigs, single-seaters, to stadium trucks. With the inclusion of the race creator, players can take their favourite mixed-class rides onto the track and battle it out online.

You are front and centre in a fly-on-the-wall documentary that captures every moment on and off the track. As a result, drivers encounter fierce personalities, internal team politics and the infamous Ravenwest Motorsport, which hopes to take a sixth World Championship. Developed using innovative virtual production, which brings players closer to the action, the underdog tale features an eclectic cast, including award-winning British actor Ncuti Gatwa.

Unquestionably, Battlefield 2042 is one of the most highly anticipated games this fall. And, it took centre stage at EA Play 2021. Undeniably, the biggest news from the show was the unveiling of Battlefield Portal. This is an all-new, community-driven mode that gives you the ability to discover, create and share battles.

By and large, what excites me most about this mode is that it allows you to take your favourite maps and build your own experiences. Consequently, Battlefield Portal includes all content from the world of 2042, six additional maps from three of the franchise’s most popular titles, additional vehicles, weapons, gadgets, factions and classes from each respective game. This content includes:

Lastly, closing out EA Play 2021 was the often rumoured and talked about remake of the critically acclaimed survival horror game, Dead Space. Rebuilt from the ground up for PS5 and Xbox Series X|S, Dead Space will feature completely rebuilt assets and all-new technology, using the Frostbite engine.

You play as an engineer who is in the process of repairing a starship, only to discover something has gone. Surprisingly, the ship’s crew has been slaughtered and infected. To top it all off, your partner is lost onboard of the ship. With your tools and engineering skills, you must uncover the mystery of what happened while battling for survival.

Dead Space will be available for PS5, Xbox Series X|S and PC. A release date has not yet been announced.

Pre-orders for DeadSpace are coming soon to Best Buy Canada

Without doubt, EA Play 2021 was an action packed event! Overall, I’m most looking forward to Battlefield 2042 and designing my own custom scenarios using the Battlefield Portal. With such a wide variety of content at your fingertips, the only limit is your imagination. I’m also excited about the Dead Space remake and can’t wait to see how it looks with the advanced graphical capabilities of the PS5 and Xbox Series X|S.

Finally, let me know in the comments section what you are most excited about from EA Play 2021. 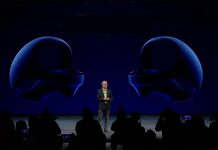 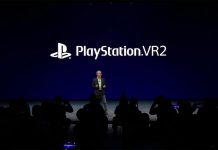 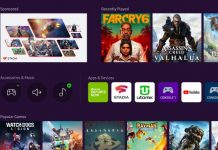