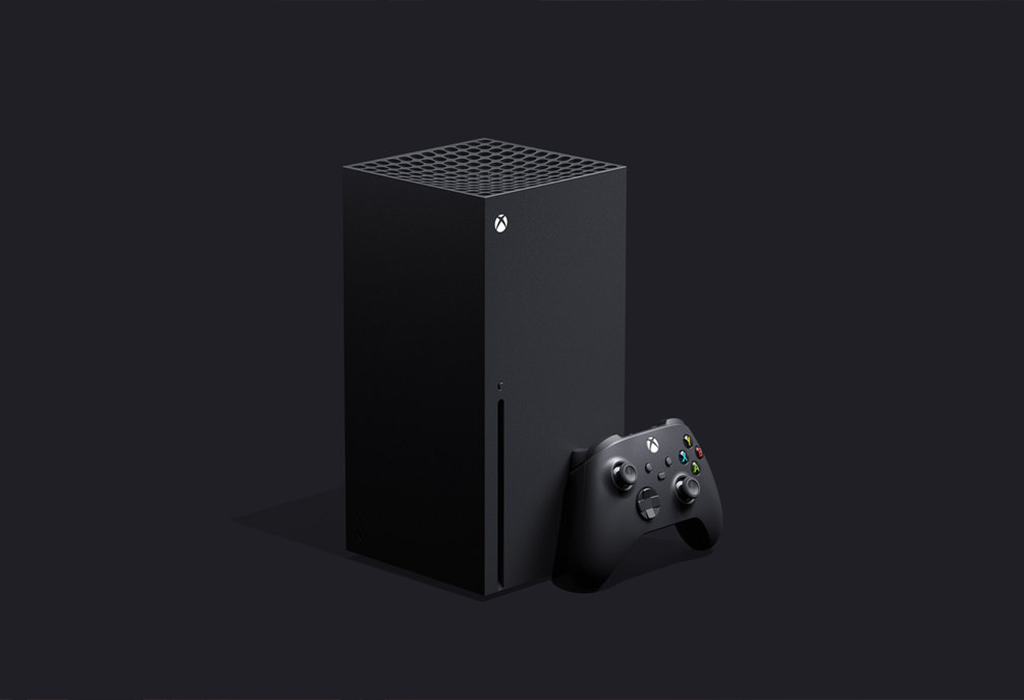 Editor’s Note: This article has been updated to include the most recent Xbox Series X information shared by Microsoft during February 2020, see below for all the details!

In 2019, Microsoft shocked the gaming world revealing the Xbox Series X, the fastest, most powerful console yet. Previously codenamed Project Scarlett, the newly minted Xbox Series X is the face of Microsoft’s next generation console effort. This week, Microsoft was at it again, further pulling the curtain back on the next-gen console’s hardware, software and services.

In a surprise announcement Phil Spencer, Head of Xbox revealed more details around the Xbox Series X and confirmed hardware specs. On paper the console looks like a custom-tailored gaming powerhouse, let’s take a look under the hood! The Series X custom processor is capable of cranking out 12 TFLOPS of GPU (Graphics Processing Unit). To put it into context, this is eight times the GPU power of the Xbox One and double that of the Xbox One X. The next-gen hardware looks to set a whole new benchmark in the home console space, offering a clear generational leap in graphics.

All of that processing brawn comes with a lot of brains featuring Variable Rate Shading (VRS), DirectX Raytracing and Variable Refresh Rate (VRR). These “baked-in” features allow developers to get the most out of all the Series X’s power.

VRS allows the GPU to add more (and less) detail to certain areas of the picture to further optimize graphics. This frees up resources in order to deliver a greater experience to the player such as higher frame rates and better visual quality.

Raytracing will be a first on home consoles providing a new incredible level of lighting detail and realism. Finally, VRR uses HDMI 2.1 tech to offer nearly 1-to-1 responsiveness with what’s happening on screen. The Series X tech specs tell a story of a powerful yet nimble piece of hardware. A truly groundbreaking feature that will help ease your transition between Xbox platforms is Smart Delivery. What this technology ensures is that when you buy a game, it will only need to be purchased once, whether its bought on the Xbox One or Series X. Your original purchase follows you across multiple Xbox platforms and optimizes itself for free. All exclusive Xbox Game Studios titles, including Halo Infinite will support Smart Delivery.

What this means is if you purchase Halo Infinite on the Xbox One and upgrade to a Series X later you will not need to buy the game again.

Microsoft has made this technology available to other developers. How widely adopted it will become remains to be seen.

The new Quick Resume feature lets you pick up right where you left off without long loading times. The console pushes pixels and juggles HD content like never before, allowing you to suspend and resume multiple games at once.

The Xbox Series X stands tall, its rectangular design is lean and sleek stretching higher than any console in recent memory. The footprint is tiny, roughly the size of an Xbox One controller and stands approximately a foot tall. The console can be oriented vertically or horizontally depending on your storage needs. It’s definitely different, but the tall, elegant aesthetic will blend well with most home entertainment centres. 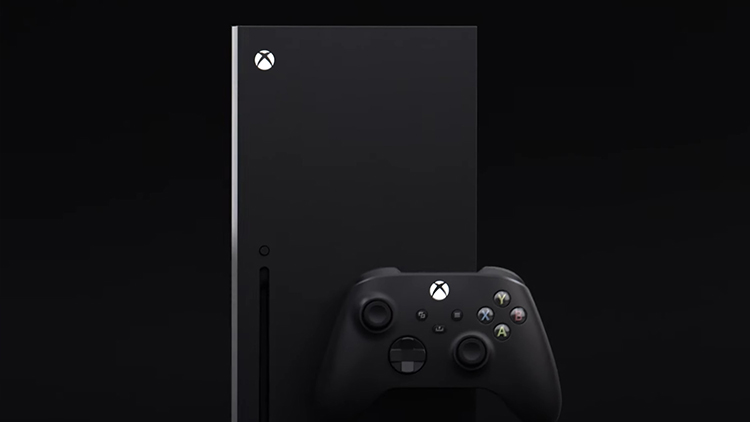 All that power means that the Series X can handle 4K visuals at 60 fps and beyond. It also has the capability to hit a blazingly high 120FPS and supports resolutions up to 8K. In terms of frame rate and resolution numbers, this means that assets on screen move in a life-like silky smooth manner while remaining crystal clear.

The Series X also packs a NVMe SSD helping to streamline the entire console’s speed. This will cutdown on, if not completely eliminate, load times keeping you immersed in your virtual experience. The best part of this tech is that it will improve your experience with older Xbox gaming content. It will load faster than ever before getting you into the game in a flash.

The console’s Zen 2 AMD architecture will also deliver hardware accelerated ray tracing ushering in technology yet to be seen in home console hardware. In a nutshell, ray tracing follows the path light will take and calculates in real-time how it will interact with objects in the environment. What this means is light from street lamps, firearm muzzle flashes and explosions will look more realistic than ever. Light will reflect off car hoods based on the setting, even explosions will reflect in the eyes of characters. Shadows and reflections will hit a whole new level of detail and realism, bringing an incredibly close parity to how light reacts in real-life situations. 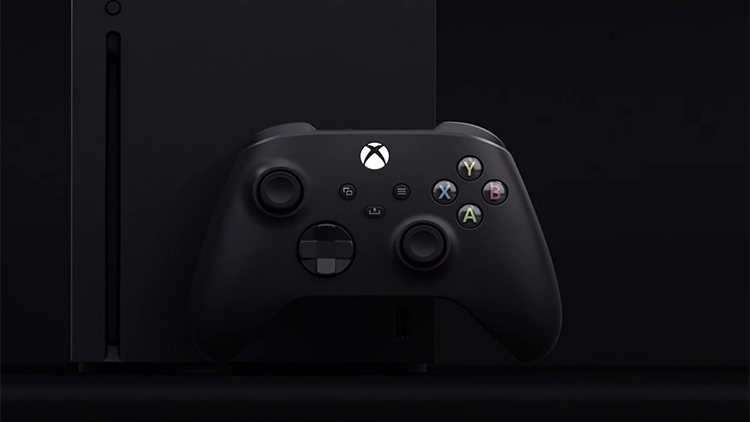 Along with the new console’s design comes a reworked controller, the classic layout remains intact with many enticing tweaks. First, its size and shape have been refined removing small accents to match the more industrial looking console.

The biggest changes are a new Share button and a Hybrid D-pad inspired by the Xbox Elite Wireless Controller Series 2. The added Share button looks to streamline a gamer’s ability to share screenshots and game clips. I’m really looking forward to this as I love sharing my gaming adventure via social media, and a further short cut is music to my ears. The hybrid d-pad has been on many Xbox gamers’ wish lists since the Xbox 360 era. The new d-pad looks to provide more accuracy in classic fighting games, side scrollers and menu selection. It’s great to see the new d-pad added to the base controller, this should please quite a few gamers, myself included!

The triggers and shoulder buttons have also seen some minor refreshes. Triggers have texturing for added grip and the shoulder buttons are angled more dramatically. You can get an early preview using textured triggers with the newly released Xbox One Wireless Night Ops controller.

All these changes add up to a revised controller I can’t wait to get my hands-on come holiday 2020. 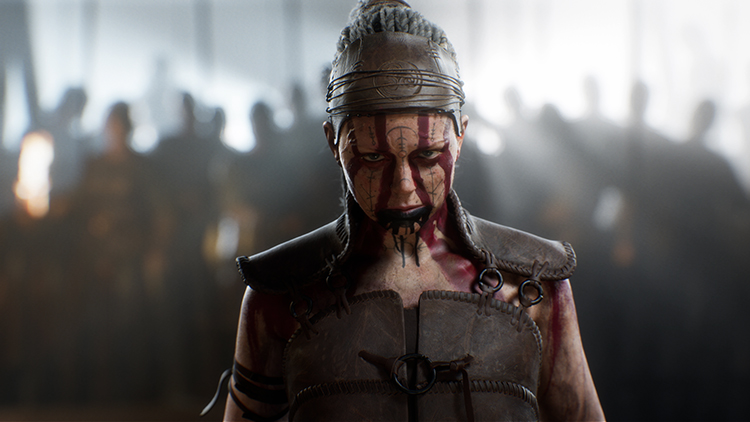 Phil Spencer, Head of Xbox also took the stage during the 2019 VGAs to formally reveal the first Xbox Series X game to the world. Senua’s Saga: Hellblade II gave us a glimpse of what the new hardware is capable of with a visually stunning trailer created in-engine. The game is a sequel to the critically acclaimed Hellblade: Senua’s Sacrifice from developer Ninja Theory.

The graphics are absolutely jaw dropping, offering a mind-blowing amount of detail and superb lighting effects. The environment stretches for what seems like hundreds of miles in stunning detail. The facial animation of characters is also photo realistic, expressing a ton of visceral emotion. The powerful creative tools the Series X offers developers is showing incredible results very early on.

Spencer also revealed that developers around the world are already working with the Xbox Series X hardware. In house, Microsoft’s 15 Xbox Game Studios are developing a diverse lineup of exclusive titles as well.

Four generations of gaming at your fingertips

Last generation the team at Xbox made their dedication to backward compatibility clear bringing many forms of legacy content to the Xbox One. The Xbox Series X will continue this tradition allowing you to access four generations of content from the OG Xbox era all the way up to the latest cutting-edge games and experiences. Not only will software be backward compatible but Xbox One gaming accessories will make the jump to the Series X too.

Subscription based services like Xbox Game Pass will carry over as well, joining and adding to your next-gen catalog of content. In theory, you could preload Xbox Series X games before the console even launches!

A banner year for Xbox

The lead up to the Xbox Series X launch during the holiday 2020 window is sure to hold many more exciting surprises. E3 will be massive this year, and Phil Spencer made it clear the focus is to showcase games first and foremost. There is still a lot in the pipeline to be revealed, keep it locked on Best Buy Blog for breaking news and pre-order information on the Xbox Series X.