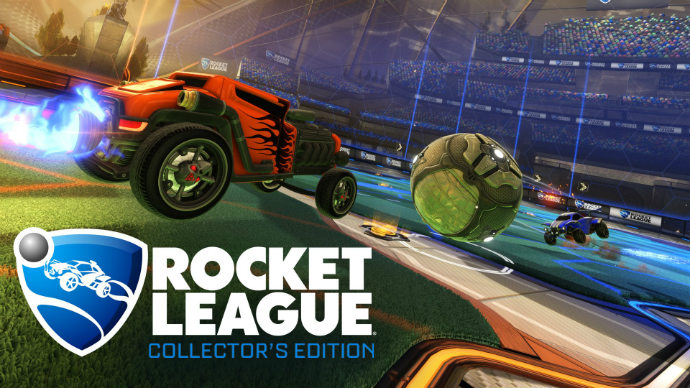 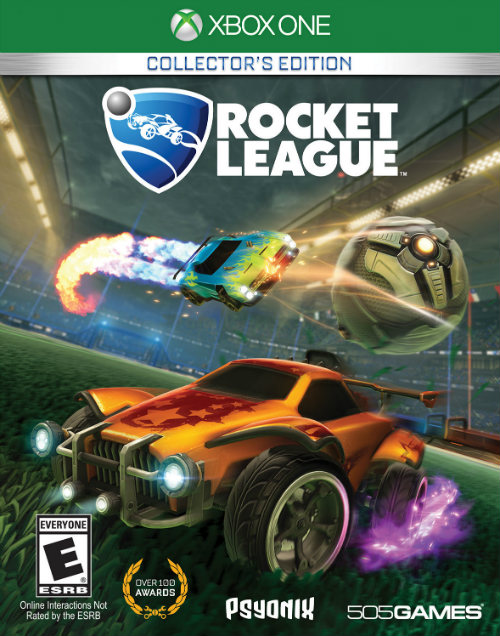 Get ready for some of the most insane action and fun you will ever have with Rocket League Collector’s Edition. This sequel to the PlayStation 3 exclusive Supersonic Acrobatic Rocket-Powered Battle-Cars quickly became a colossal success for developer Psyonix and publisher 505 Games. After launching as a digital only title last summer, Rocket League is back and is better than ever.

In a nutshell, Rocket League is a physics-based soccer game where you drive rocket-powered cars, and the goal is to push the soccer ball into your opponent’s goal to score points. You’ll play across a wide variety of different backdrops centred around brightly coloured soccer fields. Although Rocket League is meant to be played with your friends and online comrades, Psyonix has included a single-player season mode for those looking to play offline.

Before taking to the field to compete in Rocket League’s season mode, you can configure its length, team size, and difficulty. The single-player season mode will have you working with and competing against numerous computer controlled AI bots that offer up a decent challenge. If you can hold on and manage to take your game all the way and win the championship, you will be rewarded with a special Rocket League cup and various achievements.

While not my favourite mode contained within Rocket League, the single-player season mode is a good place to start for those looking to hone their skills before taking their game online. Honestly, I spent the majority of my time playing the game’s multiplayer online modes with my friends—this is where Rocket League really shines.

Rocket League has several different tutorials that will teach you its basic controls. For those willing, there are advanced tutorials that allow you to get beneath the surface of the game to see just how finely tuned this game really is. I totally love the unrestricted movement with your vehicles that Rocket League gives you; it is just one of the many reasons that this game is so addicting and fun.

Adding to Rocket League’s addicting gameplay is the ability to drive on walls and change the direction you are going by performing a mid-air trick in an instant. The ability to defy the law of gravity with your rocket-powered car is both exhilarating and a satisfying experience. One moment you can be zipping down the field in one of the games many bright, glossy, neon coloured arenas, and in the blink of an eye easily pull off an eye pleasing mid-air trick.

Quite possibly one of the best gameplay aspects about Rocket League is the fact that players have no real gameplay advantages over each other. Sure, there are additional cars, decals, and antenna toppers to unlock and collect, but these do not change the core gameplay mechanics in any substantial way. While some vehicles do offer slightly altered stats, it is never to any degree that you feel cheated if you do not have that car. It’s for this reason that makes Rocket League so enjoyable, it’s easy for anyone to pick up, play, and have fun. 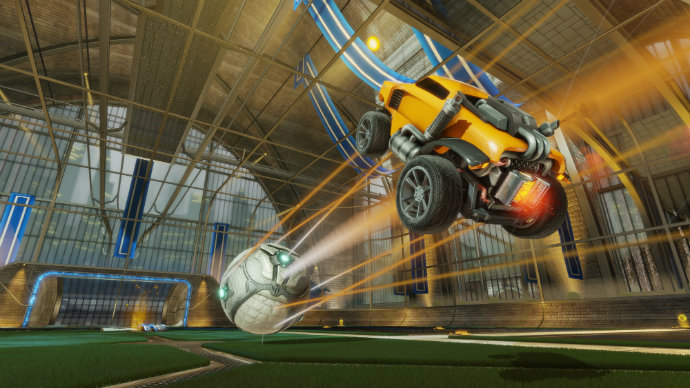 Sharp visuals with an adrenaline-pumping soundtrack

Rocket League expands on its predecessor with improved graphics and physics system. Built on the Unreal Engine 3, Rocket League runs at a native 1080p and 60fps on both the Xbox One and PlayStation 4. Each of the stadium’s grass shaders and neon lights produce a visually stimulating experience. Wait until you see the blades of grass reacting to your tires as you go down the field. It’s remarkable!

As with every game, the sound track plays an important role to your overall experience with a game. Rocket League’s soundtrack doesn’t disappoint, it serves as an excellent backdrop to the onscreen action that pumps you up for the insanely fun and madness that ensues. 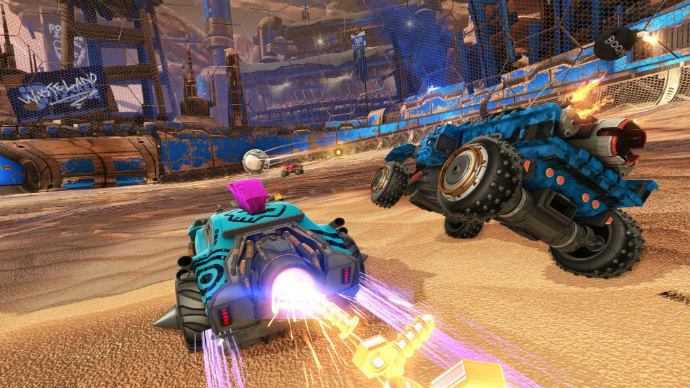 Super charged multiplayer mayhem
Rocket League features 8-player online turbo charged action where you will compete in casual and ranked matches with a variety of different team sizes and configurations (1v1, 2v2, and 4v4). With two, three, and four player splitscreen modes that you can play locally with your friends or battle against other splitscreen players online. Games in these modes combine frantic, and fast paced gameplay with team-focused multiplayer fun. The end result is one of the most enjoyable games with friends and family that I have played in recent memory. 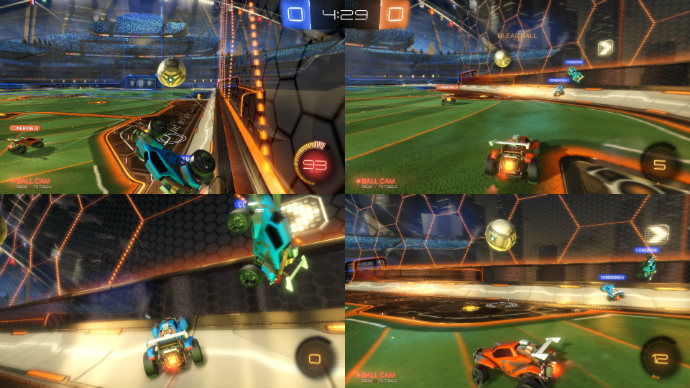 Two fan-favourite cars from the original Supersonic Acrobatic Rocket-Powered Battle-Cars make their return with improvements. The jet-inspired Aftershock and monstrous Marauder will maintain their original thematic styles but also sport a new, more modern visual look. Take a look a just how awesome these vehicles look below!

An abundance of game modes

Rocket League Collector’s Edition contains all the game modes released during this past year, including Mutators, Snow Day, Hoops, and Rocket Labs. These game modes change varying aspects of gameplay, such as ball size, ball speed, and bounciness. By far, my favourite mode is Snow Day; this hockey-inspired mode is played on an ice rink where the ball is replaced with a hockey puck. Additionally, the physics are different from the regular mode to accommodate the ice in which you now drive on. 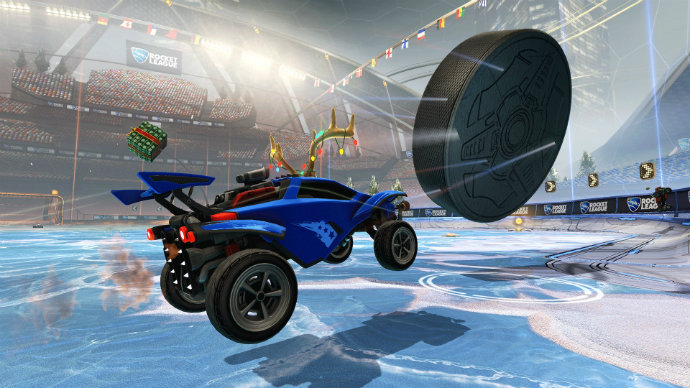