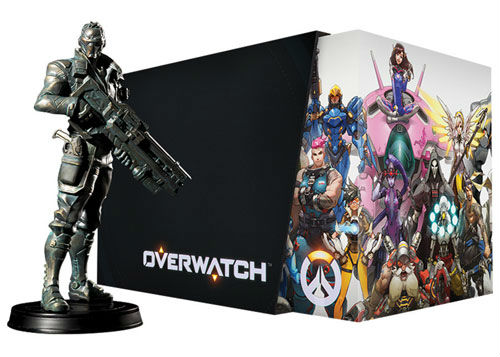 Overwatch, Blizzard Entertainment’s all-new, highly anticipated 6v6 team-based shooter, has one epic Collector’s Edition. Available on May 23, 2016, for PC, PS4, and Xbox One, this incredible Collector’s Edition features so many exclusive items that will fully immerse you in the complete Overwatch experience. From its gorgeous Overwatch Visual Sourcebook containing in-depth illustrations and information on the game’s characters, locations, and story, to the premium-grade 12.8″ Soldier: 76 statue—and a whole lot more—there’s so much great content here to enjoy for years to come.

Get the Overwatch Collector’s Edition on PC

Get the Overwatch Collector’s Edition on PS4

Get the Overwatch Collector’s Edition on Xbox One

Recently, I was fortunate enough to get my hands on the PC version of the Overwatch Collector’s Edition to give you a full unboxing in advance of the game’s release. Here’s the video, check out it:

What a superb Collector’s Edition! There just so much great content inside, and what a thrill it is to explore Blizzard’s new game world in such vivid detail. Let’s take a close look at each of the items included in the box: 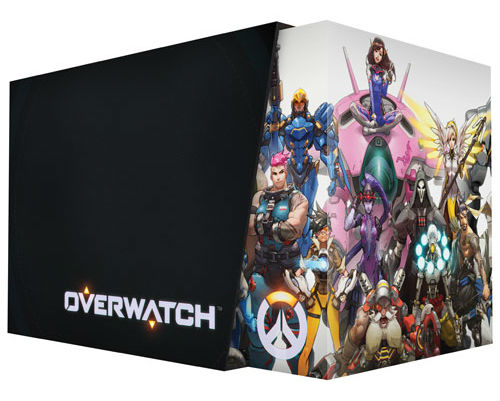 This was one of my favourite inclusions as I love exploring all the rich history behind the games I enjoy, and this book allows you to go in-depth with the game’s heroes, maps, and story. At 175 pages, the Overwatch Visual Source Book is one of the most detailed I’ve seen for any game yet. The first 20 pages explain the game’s backstory, starting with the emergence of the Omnic Crisis, a time when A.I. machines known as “Omniums” suddenly launched a full-scale war against humanity, to creation of the elite international task force Overwatch sent out to restore peace. Blizzard has always been known for creating rich stories to bring their games to life, and Overwatch is no exception.

Next, you’ll find spotlights on each of the game’s 21 characters, including gorgeous character art, complete biographies, early concept sketches, and detailed information on their weapons and special abilities. I love how these spotlights make every character feel fully fleshed out and distinct, as each has their own backstory, personality, and motivations. You’ll also gain some great battle intel as you learn each of the heroes special abilities and how they can be used to aid your team. With this being a competitive multiplayer arena game, you’ll want to know the ins and outs of each character to improve your game in live matches.

Finally, the Visual Source Book also contains pages on every map environment in the game. Here you can explore beautiful artwork and concept sketches, as well as descriptions of every map. A neat thing about Overwatch is that all environments are inspired by real-world locations, such as the Temple of Anubis (Egypt), King’s Row (London), Volkskaya Industries (Russia), and Hanamura (Japan). Maps also have their own unique team-based gameplay objectives, such as Assault, Escort, and Control, with the book indicating the type of mission for each map. 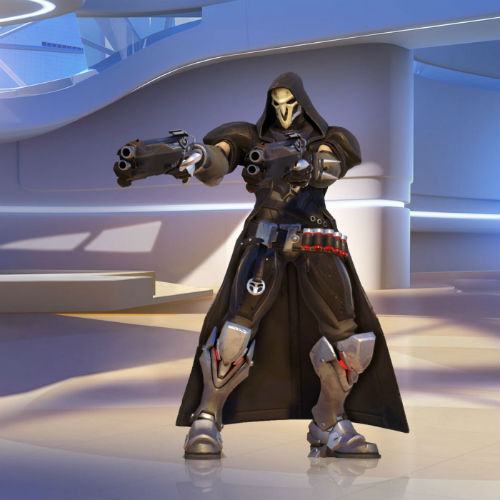 This gorgeous dual-colour Steelbook contains the time-jumping adventurer Tracer in light blue on the front, and the ominous black-robed assassin Reaper (see left image) on the back. Both sides of the Steelbook are also emblazoned with a reflective Overwatch insignia. I love the design, and the high-quality steel case is great for protecting your game as well (much sturdier than a regular plastic case). Inside you’ll find the Overwatch game install disc, as well the Noir Widowmaker—a special hero skin that comes in all Collector’s Edition boxes.

Overwatch has a phenomenal soundtrack (if you’ve played the beta or watched the game trailers you’ll know what I mean) and now you can listen to the 21 epic tracks at home or on-the-go with the official score on CD. Included are all the distinctive themes from the game maps, along with the cinematic intro tune “The World Could Always Use More Heroes”, and tunes that embody the spirit of heroism like “Rally the Heroes” and “We are Overwatch”. There’s a delightful range of music too, from thumping electronic beats, to softer acoustic tracks, to rich orchestral sounds, all on this one disc.

First of all, I love that these are actual postcards with a spot to place a stamp, mailing address, and a short note. There are 12 postcards in all, each one exploring one of the futuristic locations that span the world of Ovewatch. Just like in the Visual Source Book, the artwork on the postcards are simply gorgeous—which begs the question, do you surprise your family and friends by mailing them some cards, or decide they are just too amazing to part with? Hmm…

Last but most certainly not least is Soldier: 76, which is the key piece of this whole Collector’s Edition. As background, Soldier: 76 is the former Strike Commander of the Overwatch team and a playable character in the game. This beautiful 12.8″ collectible statue was sculpted by Brian Fay, Blizzard Entertainment’s Senior Sculptor, and possesses exquisite details you’re sure to love. From the fine details on Soldier: 76’s Pulse Rifle, to his pistol sidearm, to all the intricacies of his jacket and pants, every inch of this statue looks fantastic. The weighty circular base also means it’s super sturdy, so once you set it down only a strong force would be able to move it. There are so many places this statue would look great—your mantle, your collector’s shelf, your office desk—so give it some thought and be sure to clear some space!

Interested in picking up the Overwatch Collector’s Edition? Secure you copy now, before they’re gone!

Get the Overwatch Collector’s Edition on PC

Get the Overwatch Collector’s Edition on PS4

Get the Overwatch Collector’s Edition on Xbox One 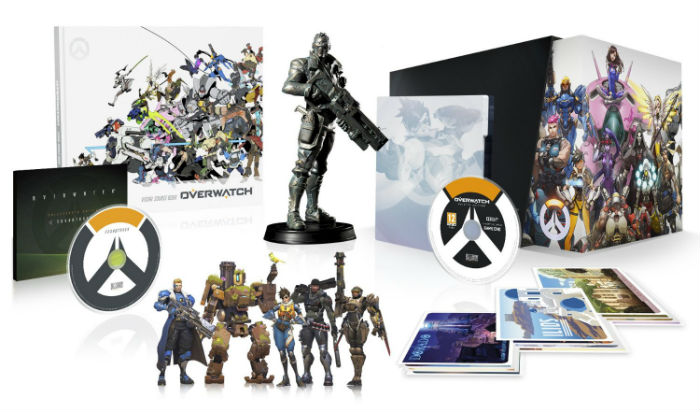