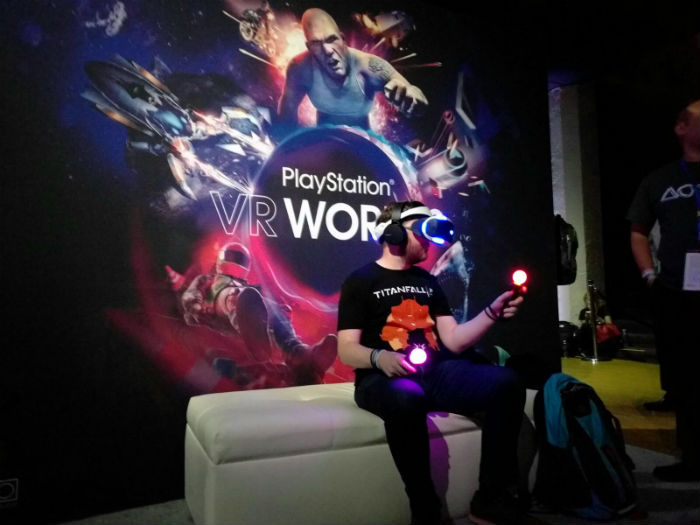 Following Sony’s PlayStation E3 press conference, attendees were invited to a second event where we were able to get hands-on time with their upcoming PlayStation VR. I got the opportunity to check out The Getaway: London Heist and walked away impressed enough to believe that VR is indeed the gaming future we’ve all been dreaming about. I wasn’t just playing the game, I was in the game.

Once seated in the VR testing space, a Sony rep helped me put on the device and it was a snap (literally) overall. PlayStation VR fit right over my glasses and rested very comfortably on my head with its surprisingly light weight spread evenly across. After adjusting the distance of the VR screen from my eyes, the Sony rep locked the device on my head and then we calibrated the image to make it clear and vivid. In all, it was only about two minutes before I was in the full VR experience. 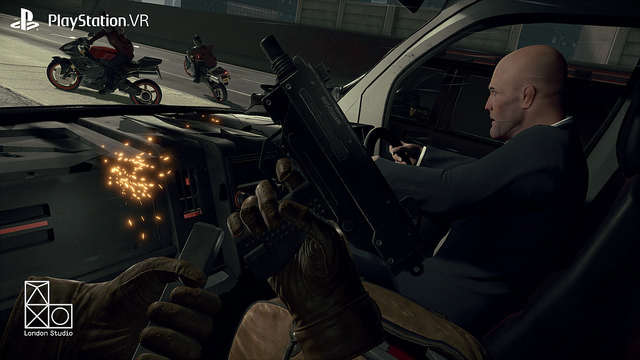 Learning the ropes in The Getaway: London Heist

I was told that the first minute or so of my play through of The Getaway that I’d be seated in the passenger side of a moving vehicle and could use the two PlayStation Move controllers strapped to my wrist as “my virtual hands” to interact with objects in the car. To my astonishment, once in the game it was like I was really in the car, I could look left through a window to see the road, straight ahead to check out the car dashboard, and to the right to see my driver putting the pedal to the metal after we stole some valuables. The feeling of immersion was tremendous, I literally felt like I was there in that seat on that adrenaline-rush-filled getaway. Amusingly, during the early tutorial section, I reached out with my hand and grabbed some trash in the glove compartment, then with my other hand I opened the car door and threw the garbage on the highway shoulder (the Sony rep laughed at my antics, naturally). Then, in the heat of the moment, my driver tossed me a gun just as heavily armed bikers and armoured trucks started firing on our vehicle. 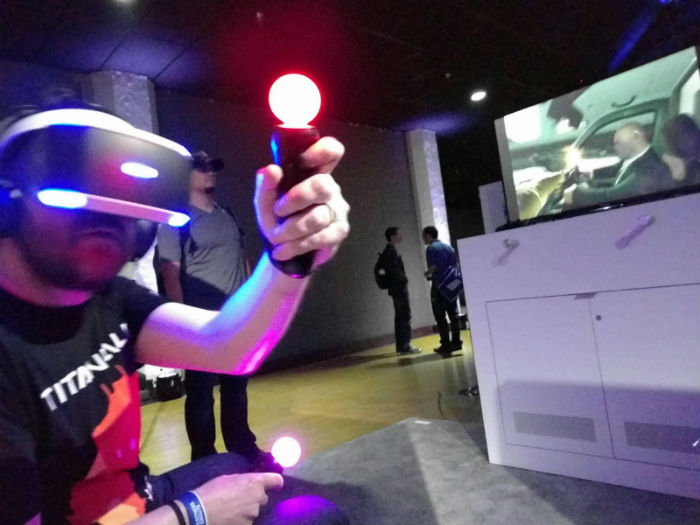 As the shooter, it was my job to aim at the tires of enemy vehicles to blow them up. I held the gun in my left hand, while my right hand was used to dig into a big bag of ammo seated next to me. At first I was firing until my clip was emptied, then paused briefly to look at the ammo bag, grab some ammo, and reload. By about about two-minute mark however, I had fully learned where the ammo bag was in my 3D space and no longer had to peer right to see it–my hand could just naturally reach in for ammo while my eyes are still on the road. This learning curve was one of the most incredibly gaming experiences I’ve ever had; the feeling of intuitively learning where objects are in your 3D, and reacting accordingly felt exactly like real life. I walked away from my immersive, eye-popping VR experience with a sense that this is indeed the future of gaming. I wanted to play much more, but alas my turn was up and I had to make way for the next guest to try.

Sony announced that PlayStation VR is coming on October 13, 2016, and I can’t wait for it’s arrival. Once you experience PlayStation VR, I think you’ll agree–the future of gaming has officially arrived.

Excited for PlayStation VR? Let me know what game you’re looking forward to them most, and why, in the comments below!