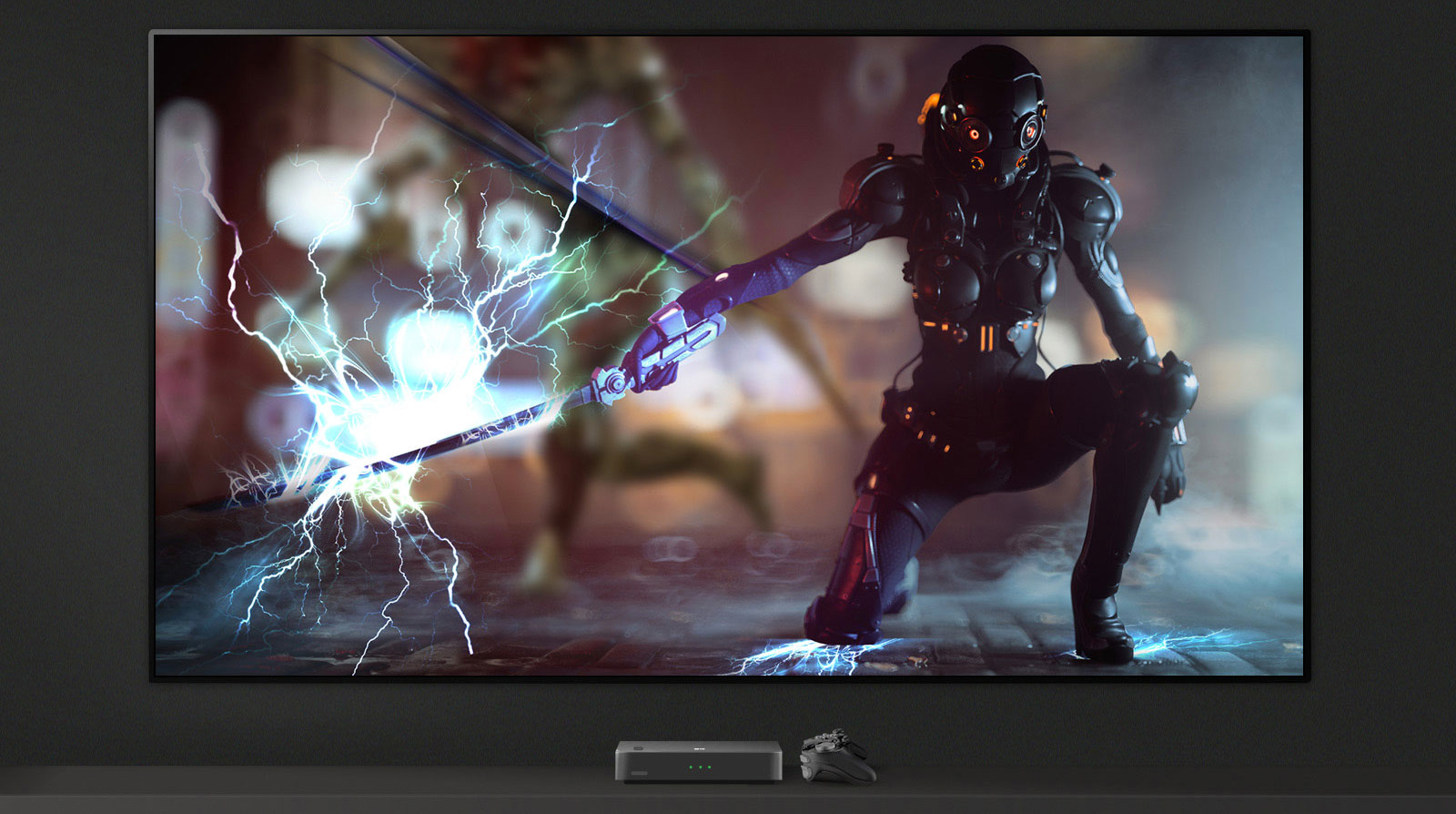 A good television is key to maximizing your gaming experience, enhancing visuals and the level of responsiveness. The current generation of videogame consoles offer incredible graphics, especially with the PlayStation 4 Pro, Xbox One X and Stadia designed to take advantage of 4K resolutions. You don’t want to miss out on ground-breaking visuals with an outdated screen. As more details emerge around the Xbox Series X and PlayStation 5, some serious graphical powerhouses are taking shape on the horizon. The right purchase will let you maximize your visual experience now and into the future. If you are looking to pick-up a gaming television, we’ve got the run down on all levels for performance for a variety of budgets. Here’s the 101 on flat panel technology and what to look for when purchasing a television tailored to your gaming experience.

The first factor in picking your gaming television comes down to the type of screen. You’ve got a quite a few quality choices in LED, OLED and QLED. Each has different strengths and weaknesses depending on their application when it comes to gaming, let’s take a look at what each provides. 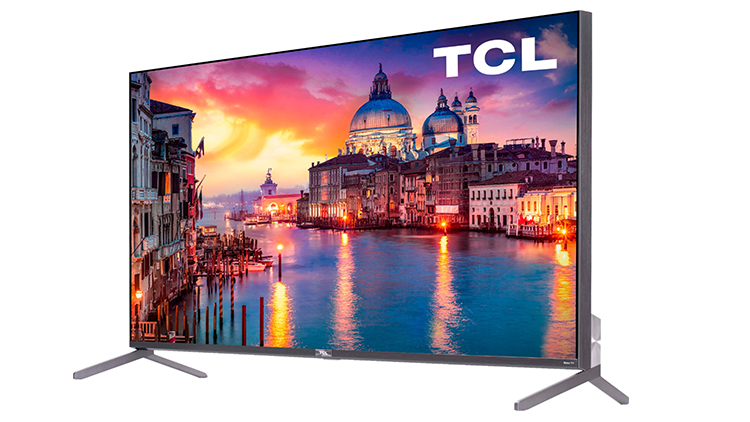 LEDs (Light Emitting Diodes) offer sharp images, along with stellar brightness levels. When you are talking about LED and LCD (Liquid Crystal Display) you are talking about a difference in the technology that backlights the screen. These sets are either back, or edge lit because their pixels do not emit any independent light of their own. They depend on a bulb that pushes light through the LCD layer of the screen. LED TVs have a big advantage when it comes to brightness as they can emit more light over other panel technologies. The one drawback is the bright screens don’t give the beautiful deep blacks and stunning vibrant colours that screens like OLEDs can achieve. 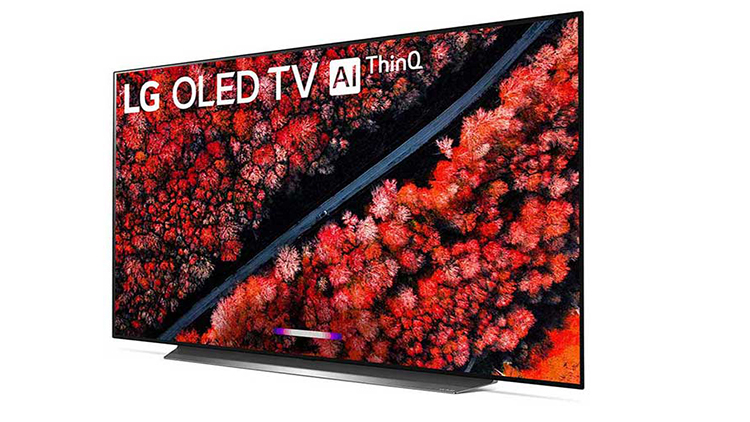 OLED (Organic Light Emitting Diode) screens are some of the best out there offering incredible performance in colour accuracy, black levels and viewing angles. The biggest difference between OLED and other screen technologies is the fact each pixel provides its own illumination and can be completely turned off. What this means is if you are playing a horror game like Resident Evil 2, dark corners and shadows are even more foreboding. 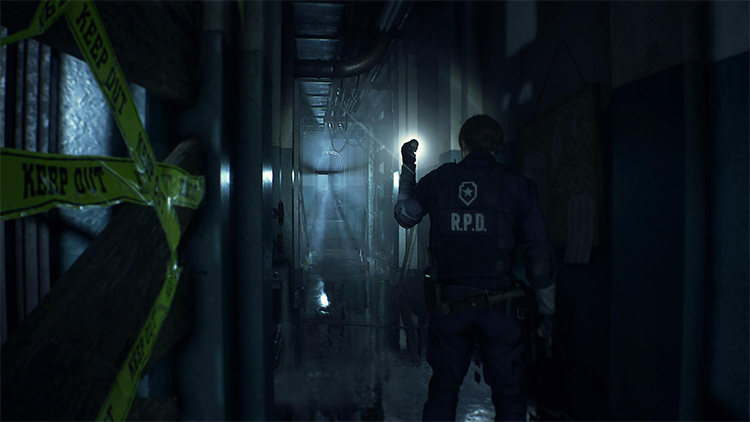 When individual pixels turn themselves off you achieve a more lifelike true inky black, helping to further immerse you in the on-screen experience. These mighty little OLED pixels can also achieve a far richer and accurate range of colour with individual diodes that can emit light and hue independently. The one drawback with OLED tech is it cannot reach the same level of peak white brightness as LED screens. 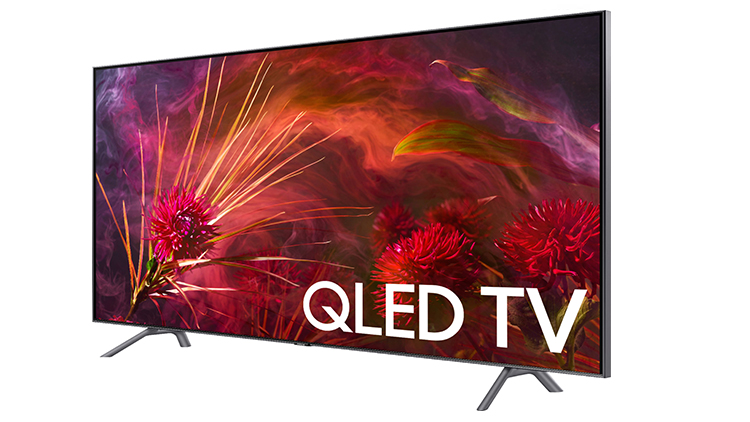 QLED (Quantum Light-Emitting Diode) TV sets use a different type of technology called Quantum Dot which creates greater colour saturation. Samsung continues to evolve the Q-Dot tech which uses clusters of microscopic dots to create a richer variety of colours and brightness to the viewer. The screens use similar backlighting technology to LED screens with the added Quantum dot nanoparticles to significantly improve the picture quality. Although Samsung is a leader in the QLED market its screen tech can also be found in Sony, Hisense and TCL TV screens. 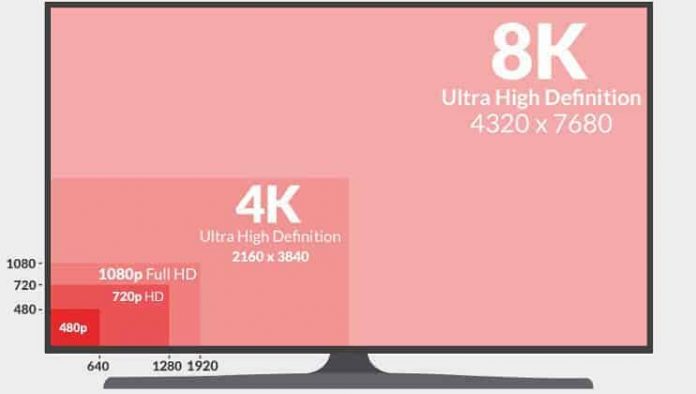 Screen resolution indicates the amount of pixels, or small dots, that make up a screen’s picture. The more pixels a television set has the greater detail it can display. This is especially important when it comes to gaming, virtual worlds appear more vivid packing far more detail. Think about looking down a sniper scope in a multiplayer game, more detail to single out enemies could provide a massive advantage.

The differences in resolution come down to the amount of pixels a panel has, the more the merrier. For a 720p TV the set usually has roughly 1 million pixels, the next step up at 1080p have 2 million pixels. Finally, the sweet spot, 4K weighs in at 8 million pixels. If you have the budget, the top of TV resolution mountain are 8K panels boasting a whopping 33 million pixels.

Screen refresh rate refers to the number of times per second your TV refreshes its image. 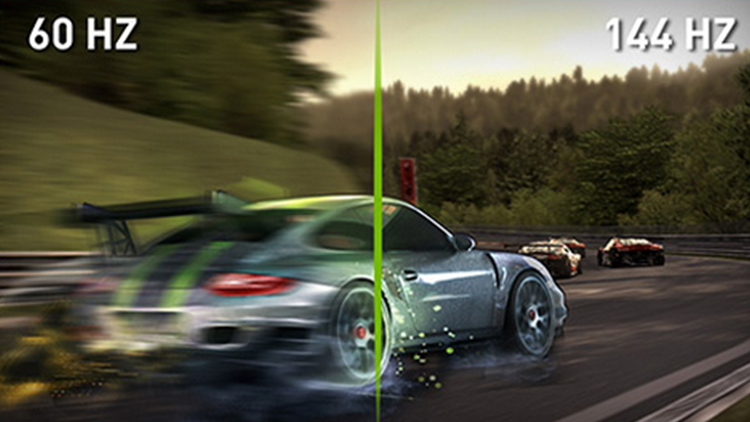 The higher the number the better, as that number indicates the amount of frames, per second, being refreshed. Screen refresh rate is measured in Hz or hertz. If you are a gamer playing at a highly competitive level you should pay close attention to this number as it offers benefits. The main idea behind refresh technology is to keep the image on screen as sharp as possible during intense action scenes. In terms of standard film, movies are shot at 24 frames, or 24hz. Video games on the other hand can easily achieve 100 frames, you’ll see a big visual difference when it comes to high action movement. Most 4K to 8K televisions come in either 60hz or 120hz dominations, try to opt for the higher refresh rate whenever possible. 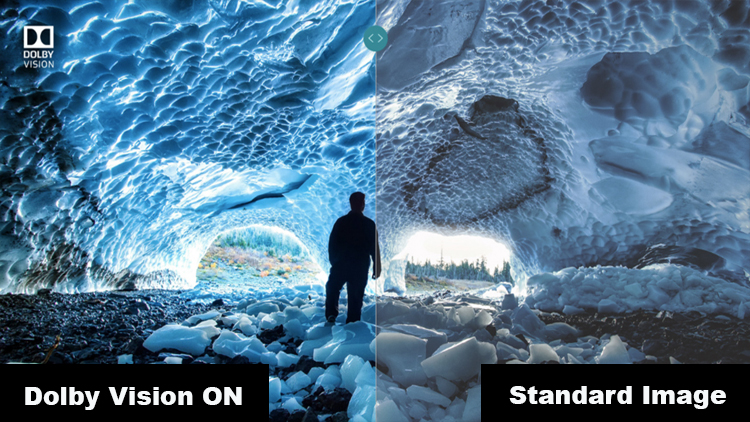 HDR (High Dynamic Range) capability helps to drastically improve contrast in your TV’s picture quality. The feature gives you greater detail in bright and darker parts of what you are watching or playing. Not only do the darker and lighter parts of the screen gain more range, colours are also far richer. As with most new technical formats, HDR has specific content driven by different producers.

HDR 10 is the standard format, which is widely supported by all television manufacturers and content producers. The one drawback is HDR 10 features static meta data, a code that tells TVs how to display HDR content. HDR formats that have dynamic meta data can tell the TV how to change scene to look its absolute best. 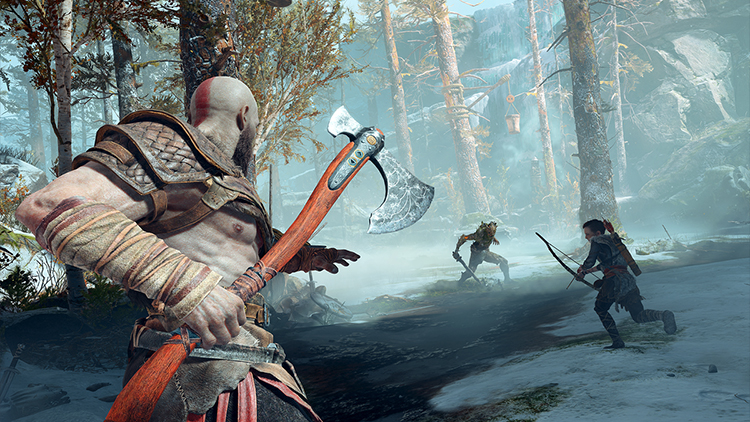 Unlike HDR 10, the newer version in 10 Plus supports dynamic meta data. This format has been spearheaded by Samsung and supported by companies like Panasonic. At this point the catalog of supported content isn’t very large, that could change with the evolving HDR landscape.

The future of dynamic HDR content looks to rest on the shoulders of Dolby Vision. It already carries a lot of support and a quickly growing catalog of content. Dolby Vision has the greatest potential for the future of HDR with a greater technical ceiling. Compatible televisions have the ability to display 68.7 billion colours. Compared to HDR 10’s 1 billion, the technical between the two looks enormous.

Another important factor in your TV purchasing decision is the type and amount of inputs the set has. The most important are HDMI (High-Definition Multimedia Interface) ports that handle all incoming audio and video signals. To get the most out of the technology you’ll want to ensure the latest version of HDMI 2.1 is an available port. HDMI 2.1 offers plenty of gaming centric improvements including support for higher resolutions and higher refresh rates. The latest version of the input supports up to 4K 120 Hz and 8K 120 Hz. Sharper picture with faster refresh rates are key for optimal gaming performance.

Picking a TV that has been built for gaming is important, they tend to include options that reduce input lag. Lag is the delay from a player’s actions like a button press, to what happens on screen. A few different things can factor into lag, like poor internet speed, slow servers, or screen settings. Many televisions have gaming modes built-in providing gamer’s peak performance. 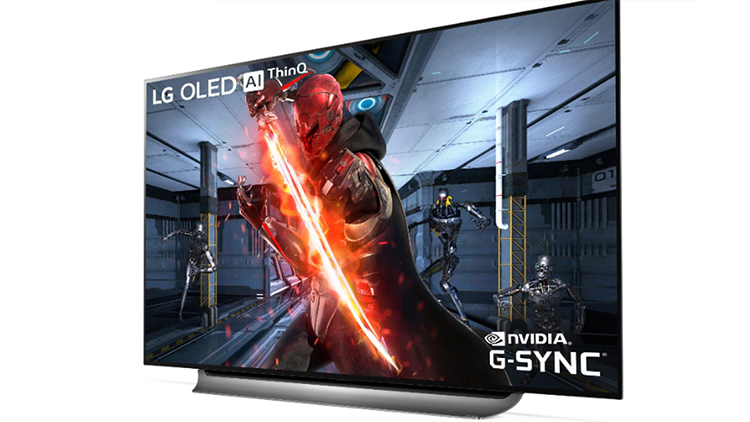 On the high-end spectrum of gaming televisions is LG’s 65″ 4K UHD HDR OLED C9 a top tier choice with few that rival it’s performance. LG has a mode called “Instant Game Response” which reduces input delays and delivers a vivid and fluid gaming experience. LG’s line of OLED TVs are some of the best on the market when it comes to gaming. 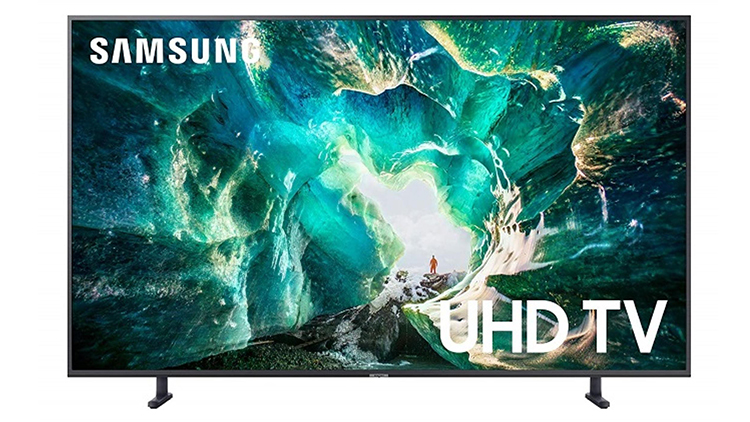 Samsung’s RU7100 series of TVs feature “Auto Game Mode” or AGM which automatically detects when a console is turned on and connected. The TVs also disable non-essential video processing which allows for faster response time. This can provide a great advantage to FPS players who are looking for an edge in games like Overwatch or Call of Duty: Modern Warfare. It’s a great midrange budget option that will impress with its stunning screen and excellent response time. 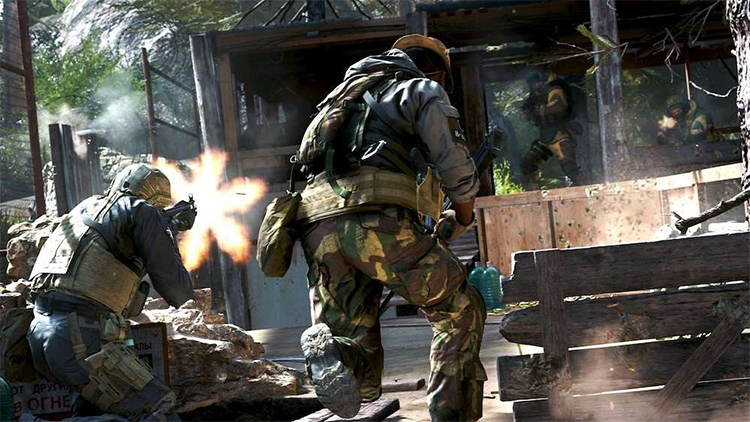 Certain Samsung TVs feature AGM + Real Game Enhancer which adds onto auto-game mode. This optimizes the picture’s colour/contrast, audio and motion settings. All of these settings work together to give you the best possible gaming experience. This enhanced mode is available on the RU8000, RU8200, and Q Series of TVs. 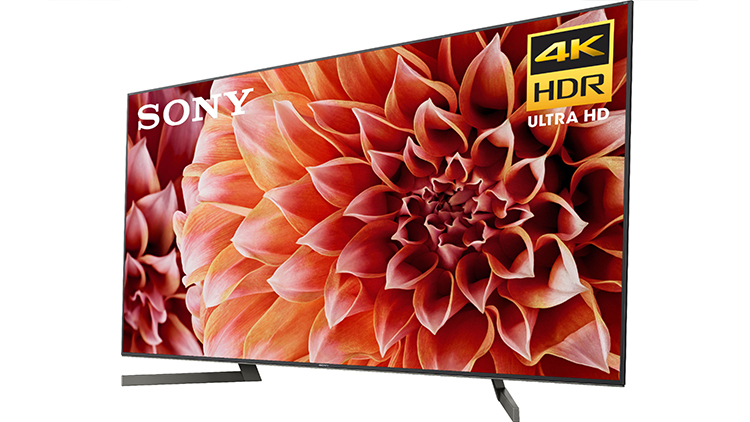 Sony has a “Game Mode” setting which removes image-processing features that might cause input delay. A major standout in Sony’s TV lineup is the X900F series which IGN has rated one of the best gaming TVs two years in a row. The house that built PlayStation knows how to optimize gaming and the cinematic experience on their screens. 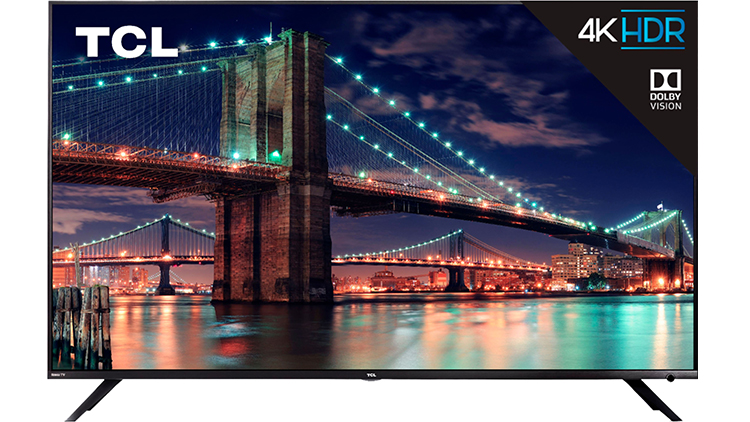 The TCL 6-Series offers excellent value for its performance, making it a top choice for budget minded gamers who don’t want to sacrifice features. The 6-series has its own “Game Mode” with 4K Ultra HD, HDR and amazingly low input lag. The TCL 6-Series is one of the best gaming TVs available and won’t break the bank. 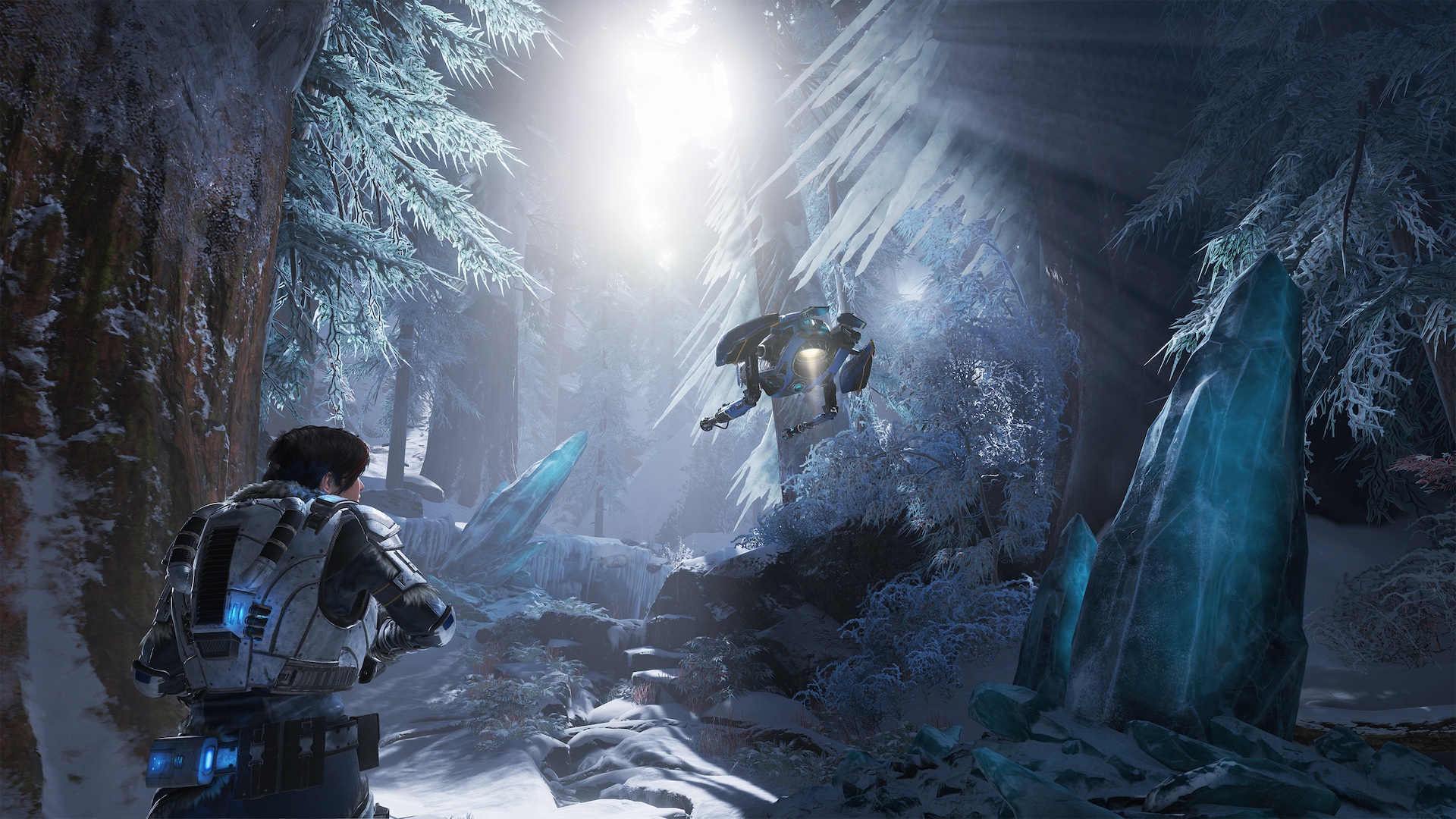 Level up your TV experience

Whether you are looking to upgrade your TV for this generation of gaming consoles or next, now is a great time. Many current high-end TVs have features that the PlayStation 5 and Xbox Series X are touting. No matter your budget, there is a TV that will level up your gaming experience in a big way.