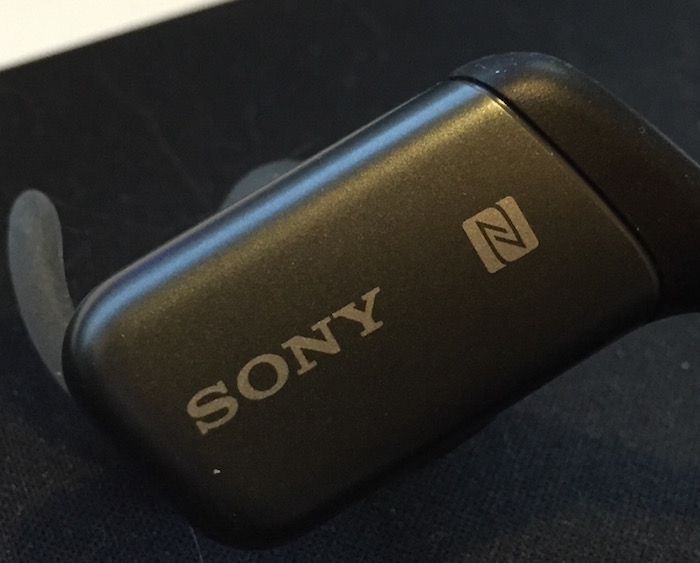 The promise of Bluetooth headphones was delivered years ago, but wireless earbuds have been a bit more elusive. There are models from Motorola–a pioneer in the space, as well as newcomers like Jaybird, who have put out a model that many users rave about. My buddy Zack swears by his Jaybird bluetooth headphones. I was on the cusp of buying a pair when a request to review these headphones showed up in my inbox. They’re the Sony MDR-AS600 Bluetooth Wireless Sports Headset—which is a mouthful, so I’ll call them the AS600 from here on out.

The package arrived at my home; it wasn’t overly large, matching the box inside the envelope. The AS600s come in a cardboard box wrapped in thick transparent plastic. Inside you’ll find the headphones themselves, some manuals, and a micro USB cable. You’ll also find two more pairs of in-ear earbud tips; I tried the medium-sized option that was pre-installed on the earbuds and found them comfortable so I didn’t try the other two options.

I plugged the AS600s in. They’re powered by a DC3.7 V built-in Lithium-ion rechargeable battery; while there was some charge from the factory I wanted to give them a real run for their money the first time out of the gate, so I put them on charge right away. Sony says that they take about 2.5 hours to charge from flat; I checked back in an hour and it seemed that they were charged completely. The upside is that if you’re using them out of the box without charging them first you might be able to get away with it.

With the battery fully charged I paired the earbuds up with my iPhone. One of the features touted by Sony is NFC; most new Android phones come with NFC or “Near Field Communication” chips. The iPhone 6 and 6 Plus have NFC chips, but they’re currently locked off by the operating system, but for Android users pairing should be as simple as tapping your headphones to your phone when in NFC pairing mode. For iPhone users you’ll need to go to Bluetooth Pairing mode and press and hold the power button to put your earphones in pairing mode, then tap the AS600 name when it pops up on your list.

No, I don’t see the big deal with NFC either, but I’m sure it’s going to be the deciding factor for someone out there. 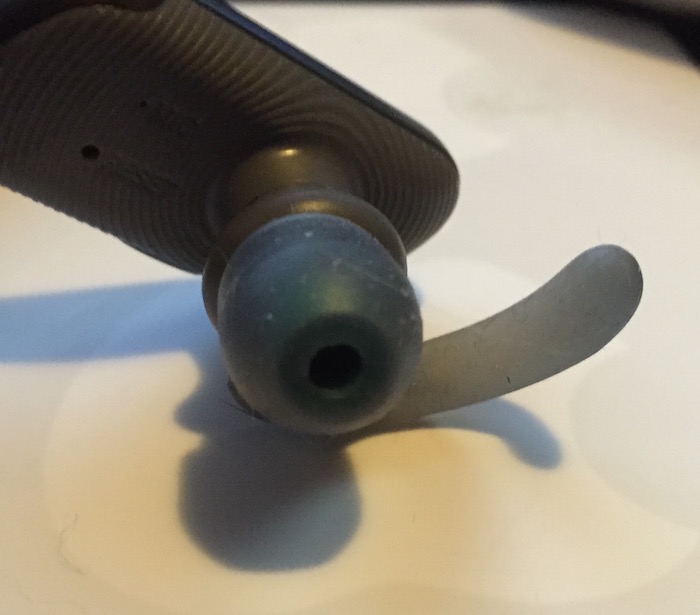 Using them on the go

The AS600 paired immediately and showed up as headphones for my music apps. Using Control Centre it was easy to go back and forth between my iPhone’s speaker and the AS600 and I had a handy battery meter show up beside the Bluetooth icon letting me know how much juice I had left. That’s a great improvement over older Bluetooth headphones that I’ve used–knowing when you need to charge is a great time saver, and it will really help with not running out of juice when you’re out there in the world.

The AS600’s have small soft rubber fins that help keep them in place when they’re in your ears. I first saw this on a set of Bose in-ear headphones last year and thought it was a brilliant idea. I’m glad to see that the idea hasn’t been patent-blocked by anyone, as every set of sport headphones should have them. The earbuds themselves are connected to plastic rectangles that house the Bluetooth radios and the battery power for the device. They’re a bit on the largish side, making these headphones less subtle than some of the other wired models I’ve mentioned. That’s the trade-off for wireless I suppose. A small cable connects the two earbuds together; it’s long enough to let you turn your head freely without being too long to get caught in things.

I took them out for a run to get started. Like other in-ear headphone solutions I found that the seal on this model had two results; it gives you a more accurate, deeper audio experience without being painfully loud. It also makes it really easy to hear your own breathing, as well as hearing every step you take.

There’s a single control on the AS600: the power button. By tapping it in a number of different rhythms you can get different results. Press and hold to turn it on, press and long hold to turn it on in pairing mode. Press and hold when it’s on to turn it off. You can tap to play or pause music, double tap to fast forward to the next song, or triple tap to return to the beginning of the current song. I wasn’t able to reliably get the headphone controls to return me to a previous song, mind you. Double tap and hold turns volume up and triple tap and hold will turn volume down. I initially thought that the output of these headphones was a bit soft until I realized that the volume output of my phone and the volume output of the headphones is independent; you can crank your phone all the way and still only be at half volume on the headphones.

Be warned: these things can get L-O-U-D if you want to push them, and that’s not good for your ears. I recommend using the volume limiter on iOS or Android if you want to keep your ears safe.

Audio quality, barring the “being able to hear yourself” issue is uniformly above average. With the volume turned up on the headphones I was able to get good performance across a range of frequencies. The midrange was a bit thin, but bass response and treble performance was very good. In my mind there earbuds are an excellent value for the price.

The last thing to consider is battery life: Sony says that you’ll get about 8.5 hours of continuous music playback or calling time with up to 250 hours of standby time. I have to say I agree with their estimate. I’ve been listening for two hours straight today and I’m down to about 75% battery life.

I really like the ability to lose the cable connecting my phone to my headphones, and the splash proof nature of the Sony Bluetooth® Wireless Sports Headset means they’re going to be useful year ‘round in Vancouver. Despite looking a touch large I can safely say that these headphones will be a daily driver for me for the next little while. I recommend you check them out. 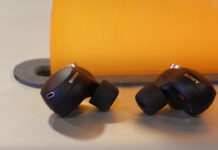