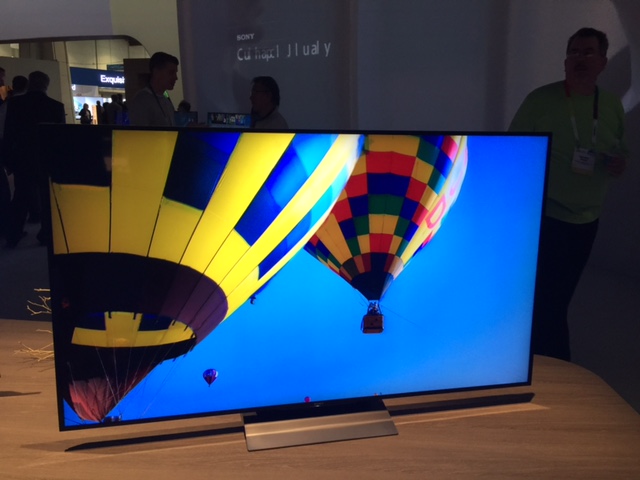 On the agenda at the Consumer Electronics Show today was a tour of the new offerings from Sony. While the booth features a lot of what you’d expect from an electronics giant like Sony, one of the most surprising and entertaining parts of the booth was seeing Sony’s employee-conceived projects that the company is working on. But first, to the products that DO exist!

Sony TVs: thinner, lighter and a picture you can’t imagine in your dreams

The big news out of CES this year is that the ultra high definition and 4K TVs you’ve come to know over the last year or so are getting even better. They are also getting extremely thin; so thin in fact they’re barely a couple of millimeters wide. While it seems impossible something that thin could give you an amazing picture, it truly does. The Sony TVs look outstanding, and provide a vivid and rich video picture that will make it seem as though whatever’s on the screen is really happening before your eyes.

Seeing the future at Sony 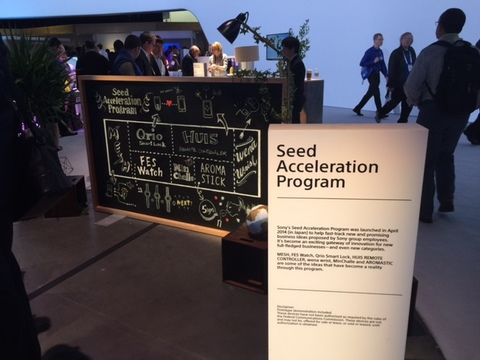 The highlight of the booth for me was what Sony calls it’s Seed Acceleration program. The company welcomes its employees’ ideas for new concepts, apps, and devices, and works with the employee to develop the product and potentially bring them to market. Since CES is about innovation, it was really inspiring to see a large corporation like Sony take such an interest in its employees’ own ideas, and work to take them from imagined, to prototype.

I saw a really neat device that could one day be used to add a scent experience to TV and movies (below, left). For now, it’s a lipstick sized atomizer that when pressed will release a tiny dose of scent. Need a pick me up? Inhale a tiny burst of citrus. Stressed and need to relax, you can dial the device to give you some soothing lavender. While you could use it like one of those reviving sniff sticks for now, the properties to add a more sensory experience to your home theater are endless. It was very impressive.

Sony was also touting it’s new Seed Acceleration prototype ‘Mesh’ app. The app is essentially a much easier way to get all of the smart devices in your home working together. 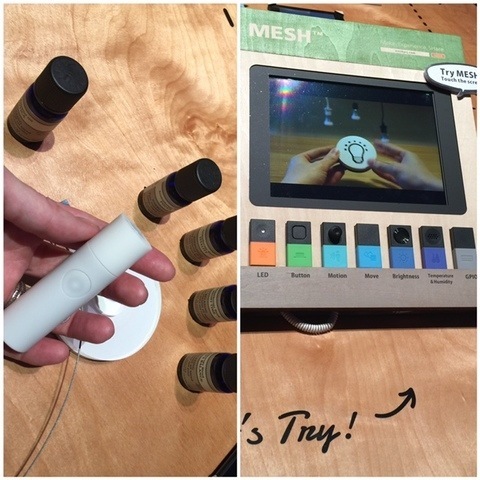 Currently you can use the Internet of Things or IFTTT to schedule, time, and get your devices to do things they might not ordinarily be programmed to do. But the Mesh app is a simple drag and drop application that allows you to connect one device to the other with a simple tap. There is no lengthy set up or complicated steps to go through.

The MESH platform consists of coloured hardware blocks, each with a particular function – motion sensor, LED, microphone, speaker, and video camera. Each block comes with wireless technology so they can be easily connected to each other via the app. Watch for more in this and other new innovation projects from Sony in the next year or two.

If you’re wondering where the future of tech innovation is, you’ll likely find it at Sony, and it was a really fun to see the prototypes (and the new headed-to-the-market TVs) inside the Sony booth at CES.

I’m in Las Vegas all week, hunting the newest and coolest technology. Follow me on Twitter and Instagram to get the latest updates from CES 2016 in 140 characters or less!