I have a soft spot for JBL audio gear. The division of Harmon—makers of other premium audio brands including Harmon/Kardon and Infinity speakers—has always gone its own way. One of my first iPod speaker docks was the futuristic looking and great sounding JBL Radial (pictured below). I still keep that one for it’s performance and eye-catching design. The JBL Link 10 is a little more conservative than the some of JBL’s past designs, but it is also groundbreaking in its own way, bringing hands-free Google Assistant support to a portable wireless speaker.

Small speakers have a reputation for thin, tinny and underpowered sound. The Link 10 has two two 45mm transducers with 8W of power each, and a pair of bass radiators. Plus JBL’s audio wizardry, which is a big plus. The combination means the cylindrical Link 10 sounds great for a speaker of its size, and even offers a bit of low end bass rumble. There’s also lots of mid range, vocals came through strong, and the high end was crisp without being too bright. The overall effect is plenty of energy, with the power to fill a mid-sized room with music.

The JBL Link 10 is truly a wireless speaker. That means there’s no auxiliary input—the only physical connection is a hidden Micro USB port that serves to plug it into a USB power source (not included). But in terms of wireless, it has everything. There’s Bluetooth 4.2 so virtually any smartphone, tablet or PC can connect easily and without fuss. It also offers Wi-Fi connectivity, with the ability to access both 2.4GHz and 5GHz bands.

That robust Wi-Fi connection make sit possible to stream high quality 24 bit-96kHz music using its built-in Chromecast support. So you can use it to stream your music from Spotify, Google Play Music and other services, without having to use your smartphone. Using the Google Home app (for iOS and Android), you can also use the Link 10 as part of a multi-room, Wi-Fi wireless speaker setup.

The high speed wireless connectivity is also important for one of the JBL Link 10’s key features: integrated Google Assistant.

Wireless speaker manufacturers have been scrambling to add “smart” capability to their products. The JBL Link 10 isn’t an existing product that’s had support for a virtual assistant tacked on through use of an app or buttons. It’s equipped with a pair of far field microphones for voice-activated Google Assistant. The speaker itself needs to be connected to a Wi-Fi network for Google Assistant, so it won’t work if you take the speaker to the beach, but at home it does everything you expect from a smart speaker. A Wi-Fi signal strength meter is located just beneath the JBL logo so you can see if that connection is spotty.

With a few minutes of playing with the Google Home app to connect the various devices, I set up the Link 10 to control my Nanoleaf smart lights, Nest Thermostat E and Vizio smart TV by voice. The speaker could hear me from across the room, but I did have to raise my voice if the music was loud.

While it’s voice-activated, there is also a Google Voice button on the top that you can push if you don’t feel like yelling “Hey Google” to find out the weather forecast. Four white LEDs across the front light up and pulse when the speaker is “listening’ because of a command. If you don’t want to have a smart speaker listening in on your conversations, a button on the back disables the microphones—you’ll receive an audio alert that the mics are off if you try giving a command, and those four LEDs glow orange as a visual indicator that voice command is off.

The built-in battery and inclusion of Bluetooth as well as Wi-Fi capability, plus its carrying-friendly size, makes the JBL link 10 a true portable wireless speaker. But it’s also a fairly rugged specimen, so you don’t need to think twice about listening to it by the pool, at a party or scooping it up to take to the beach.

It features a rugged design with tough fabric and rubberized surfaces, that’s IPX7 waterproof (and dust resistant). That means the speaker can be used without worrying about rain or spilled drinks. If it gets dirty, you can wipe it down with a wet cloth. It will even survive a plunge into a metre of water.

Yes, I gave it the water treatment, which it shook off with no problem. It even survived outdoor use in our last snowfall a few months back …

Are there any downsides?

Every tech advance seems to bring its own challenges. It’s often a two steps forward, one step back kind of thing. in the case of the JBL Link 10, the one step back is battery life. While other portable wireless speakers of similar size routinely offer eight to 10 hours of battery life, the Link 10 is rated at up to five hours. Leaving it in a permanent location also means having to leave it plugged in to a USB charger.

Who is this smart speaker aimed at?

Consumers have a lot more choice when it comes to smart speakers than we once had. The JBL Link 10 offers voice-activated Google Assistant in a speaker that sounds better than the audio you’ll get from a tiny Google Home Mini or even the original Google Home. But it can’t compete with the performance of the mighty Google Home Max (check out the review by Ted Kritsonis to learn more about that one). However, the JBL Link 10 still holds the advantages of portability and a rugged design.

That makes the Link 10 a double-threat. It’s an affordable option for anyone who wants Google Assistant in a smart speaker, but is looking for performance that lies somewhere between Google’s own Home and Home Max. And it’s one of the few options if you want voice-activated Google Assistant in a speaker you can take out on the deck, without worrying about power outlets or the risk of being splashed or rained on.

You can check out the JBL Link 10 and many other portable wireless speakers, including smart speakers featuring your preferred virtual assistant—whether that’s Alexa, Siri or Google Assistant—at Best Buy. 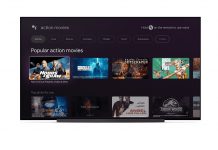 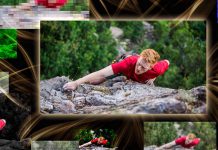 Everything you need to know about Sony Cognitive Processor XR 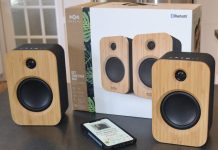 House of Marley Get Together Duo bluetooth speakers review