The first thing I’m going to tell you is that the 3DR Solo Smart Drone is not your typical quadcopter drone! Consider this: The 3DR Solo Drone may not appear so unusual, measuring 23 cm wide x 18.8 cm high x 33 cm deep and weighing in at 1.52 kg (3.34 pounds). But it can fly at a maximum altitude of 400 feet — this is an out-of-the box flight ceiling that corresponds with FAA regulations. However, it’s easy to change or disable this 400 foot flight ceiling right in the Solo app, opening up much more altitudinal possibility for those who want it, as long as you’re flying responsibly.

It can move along at a top speed of 55 mph (that’s 88.5 km/h)! In other words, this drone can really move! But that’s not all! It also has some amazing features and specs that we’ll further consider below.

First, however, it’s important to note that the 3DR Solo Smart Drone is absolutely not a toy! The recommended age range for this begins at 15 years old, and to my way of thinking it had better be a mature 15! But not because it’s difficult to control the 3DR Solo—it’s not! It has a very user-friendly controller in a familiar video game styling (see photo at right). This intuitive controller provides a number of fully automated control options, so you really don’t have to be an expert to expertly to operate it. Directional and flying control options include the following: “Forward, Reverse, Left, Right, Pitch, Yaw, Ascend, [and] Descend.” Much of this is accomplished with a single button push or pre-programmed command selection, thus making for a fairly straightforward system that allows practically anyone to easily operate the 3DR Solo. This is especially true when you consider that entire flight patterns and video shots can be fully programmed beforehand—a technology that only Solo has, called “Smart Shots”—including Cable cam, a system for setting up an invisible “slider line” for the drone to move along when you want to take amazing aerial shots along a particular straight path. You can even just press “play” and let Solo fly and work the camera automatically!

There’s also a confidence inspiring “Pause” feature that allows you to simply freeze the drone in its tracks if you find yourself getting flustered or overwhelmed and losing control of your machine. The 3DR Drone will simply stop and hover in mid air wherever it happens to be at the moment the Pause function is initiated, thus giving you a chance to breathe deeply and regain your composure before resuming your flight.

As a tool, the 3DR Solo Drone has tons going for it! Imagine the potential use to Photographers and Videographers for instance. With the 3DR Solo drone you can easily stream live video in brilliant HD quality directly to your smartphone or tablet screen (from a distance of up to 800 meters). Just keep in mind that you’ll need to supply your own GoPro Camera to do so. Such technology is great for taking aerial landscape stills, making your own awesome action short, or even shooting high quality wedding videos!

Other great features of the 3DR Solo Smart Drone include 2 separate 1GHz computers (one each in the drone itself and the controller) and the drone’s ability to switch itself to auto pilot mode and land safely if one or both of the computers suffer a temporary crash. Both the vehicle and the remote are powered by Lithium batteries, and the drone itself can fly for 25 minutes on a single charge of its 14.8 V LI-PO (5200 mAh) battery (though just 20 minutes with a GoPro running) and the controller can last up to 4 hours on a full charge of its 7.2 VDC (2600 mAh) battery.

One of the coolest features of the 3DR Drone is that it gives you in-flight access to your GoPro Camera. This way you can start and stop your recording and shooting session (as well as make changes to your various GoPro settings) as the drone soars above you. The only hitch here is that using this feature requires the Solo Gimbal, a smart and automatic camera stabilizing device—like a steadicam in the air—which you can buy in addition to Solo..

I think that my favourite feature though is the drone’s “Follow” mode. This feature allows you to track a given subject, following and filming the subject everywhere he / she / it goes. This is very cool and it makes for some amazing film sequence shot opportunities for those that love movie making! Of course, all of the features discussed herein are merely a small sampling of the many amazing things that the 3DR Solo Smart Drone can actually do. For further details and info, be sure to visit the 3DR Solo Drone product page and learn all about this amazing quadcopter drone! 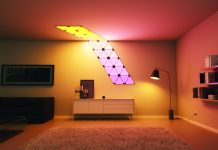