Just announced this morning and already available to order at Best Buy is the brand new DJI FPV Quadcopter Drone with Camera & Controller. This amazing drone offers many advanced features that are sure to excite drone enthusiasts everywhere. For instance, its FPV (First-Person View) capabilities alone provide an unparalleled immersive experience by (virtually) placing you directly in the cockpit. But this feature is just one of many amazing facts about this exceptional new drone. Read on to learn a whole lot more.

The DJI FPV Quadcopter Drone is an all new way to experience drone flight. Not only do its included FPV Goggles (shown below) place you at the centre of the flying experience, but it also has 2 different types of controllers (both also shown below) and a whole host of other great features that make flying safe, easy, and fun.

For example, it has the increasingly common auto take-off and landing features that make it easy for virtually anyone to quickly learn to fly like a pro. Additionally, its auto return on low battery feature means it will always return to home before its rechargeable 2000mAh lithium-ion battery (with up to 20 minutes of total flight time per charge) runs out.

It also has multiple (as in 3) different flight modes that make it easy for pilots of varying skill levels to fly, and its wind resistance capabilities mean it can maintain stability in flight for both reasons of safety and those of acquiring the most stable and accurate footage imaginable.

Of course, the DJI FPV Quadcopter Drone also has capabilities that any piloting pro will love, such as a top flight speed of 140 Km/h and maximum altitude of 6,000m.

And the same goes for those whose primary concern is the footage it will capture. Its included camera is capable of shooting video in glorious 4K quality at a speed of up to 60fps. It also offers the option of shooting in 1920 x 1080 Full HD resolution at a speed of up to 120fps. The camera also has a super-wide (150 degree) field of view, and, thanks to its two-axis gimbal (with single-axis tilt and electronic roll axis), you’ll enjoy stunning video footage that’s as smooth as it is sharp.

For added flight control, the DJI FPV Quadcopter Drone includes 2 separate transmitters (a standard controller—below left, as well as the Intuitive Motion Controller—below right in the same photo) and employs the DJI O3 (OcuSync 3.0) Transmission System with HD low-latency transmission. This system has been adapted for the unique needs First-Person View flying.

While the Intuitive Motion Controller precisely responds to the movements of your hand, a special emergency braking system allows the drone to be brought to a standing halt and hover-in-place position in an instant. This clever feature (along with a special, and highly robust, anti-interference feature) helps to prevent users from flying into obstacles.

It also allows pilots to capture brilliant, detailed footage of the world below by hovering in place over their camera’s target. And of course, with the DJI FLY App on your smart phone or tablet, you can capture, stream, share, and edit all of your brilliant footage with ease. These are just a few of the many great benefits of the amazing new DJI FPV Quadcopter Drone.

The DJI FPV Quadcopter Drone with Camera & Controller is already available at Best Buy—as in, you could have it in hand as early as tomorrow (depending on your location in the country). If you’re a serious drone enthusiast, you’re at least going to want to learn every detail of this amazing new drone, which you can do by visiting it’s Best Buy product page (linked above). And when it’s all said and done, this might just be the best drone you’ve ever seen! 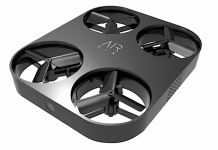 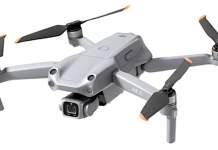