Samsung didn’t give its new Galaxy S9 and S9+ smartphones a makeover, but it tweaked various aspects to try improving on its newer design from a year ago.

I had covered some of my first impressions of both devices in a hands-on post, so I’ll try not to repeat myself too much here. Both units are less about what’s changed physically, and more about what’s been added under the hood and in the user experience.

There are few surprises here. The headphone jack is still hanging around, though I wouldn’t be shocked if it’s gone when Samsung launches next year’s version. The fingerprint sensor’s new spot under the camera lens is a huge change in the right direction. When it was right beside the camera lens on the Galaxy S8/S8+ and Galaxy Note 8, I avoided using it for the 50-50 chance I would smudge the lens instead.

The new location is more in line with what other manufacturers have already done, and it felt more natural on these phones because of it. I would much rather use the fingerprint sensor than the Iris or face scanner to get past the lock screen, but that’s just me.

Neither device felt any different to me in hand from last year’s models, to be honest. I suspect others would draw the same conclusion after trying them both. The stereo speakers certain help make audio sound better than it’s ever been on a Samsung device, but again, this is a catch-up move that others had already done before.

The S9 is certainly more friendly to smaller hands and pockets, whereas the S9+ has the extra screen real estate, lens and 6GB of RAM to help it stand out a little more.

With the Snapdragon 845 processor inside, it’s hardly surprising both phones perform swiftly and smoothly. Is there a big difference from last year? I’d say it’s marginal.

And I base that more on the software than the hardware. Both phones run Android, but Samsung’s overlay is still weighty, in spite of all the excising the company has done over the years. Running Android 8.0 Oreo is nice, even if it’s hard to recognize that when everything about the operating system has been virtually painted over by Samsung.

The parallel software situation is further reflected by the Galaxy Apps library. Google Play has the full breadth, but there are plenty “made for Samsung” that you can find through that Galaxy app.

Thankfully, almost all of it is elective. The number of preloaded apps is less intrusive than it used to be. I’ll give Samsung credit for including apps like Secure Folder and Notes, and keeping them out in the open, while hiding its own web browser and S Health. Putting some of Google’s apps and Microsoft Office in there is a nod to this potentially being someone’s work phone.

The 64GB of storage does feel small by today’s standards—at least for a flagship handset. The microSD card slot can handle up to 400GB (or 2TB if you can find a card that big) to increase storage further.

The longer you have a phone, the more space you take up. That’s been my experience, in any case. I’m curious to see how both these devices will hold up in a year or two because that’s the true mark of performance for flagships.

I’m covering this separately from the rest of the camera because Samsung has hyped it so much. The basic premise is that, using the front-facing camera, the phone can create an animated emoji that mirrors your facial expressions and records your voice.

This is not altogether different from the Animojis in the iPhone X, only those use preset emojis, not your own likeness. With the Galaxy S9 and S9+, the camera scans 100 different facial features to digitally mould onto a 3D avatar. You can customize it to a degree, by changing skin and hair colour, along with adding glasses and choosing from a short selection of outfits. Strangely, I couldn’t add facial hair. I have a beard, and all the scan did was give me faint stubble like a goatee starting to grow.

Clearly, Samsung designed this to spark creativity, which is why there are stickers to add some fun and flair. They’re not unlike Snapchat or Instagram filters, so if you’ve used those, you’ll get acclimated quickly.

Like Apple’s animojis, sharing is key to the proceedings. Samsung automatically creates a bunch of animated GIFs based on the created avatar, so there are short clips of blowing a kiss, looking sad, laughing or thinking, among others. You can then select the one you want from the keyboard in the messaging app and send it.

Alternatively, you can record yourself saying something and then send that instead, which I would argue is a lot more fun to play around with.

Even so, the entire feature shows signs of a work in progress. I was never fully convinced my avatar resembled me that strongly. Plus, movements and expressions were a little clunky—if not a little creepy at times. It’s not clear what Samsung plans to do with software updates to improve that. It did add Mickey and Minnie Mouse at launch as part of its Disney rollout, but we’ll see what happens beyond that.

What is clear is that this feature is not exclusive to Samsung. The company licensed the technology and software for it, so you could see it come out on other phones too.

That a smartphone can have a variable mechanical aperture is a big deal for mobile photographers. With both f/1.5 and f/2.4 f-stops, the wisdom here is that the phone can use the former in darker settings, and use the latter for every other shot.

At f/1.5, both devices have the widest aperture on any smartphone to date. They allow a lot of light to come in, and in so doing, also reduce the amount of noise in those images. Auto mode will switch between the apertures when it thinks it needs to, whereas Pro mode leaves it as a fully manual option.

Either way, both f-stops are good choices because they cover a wide range of photo opportunities. Bright light or daylight, and the f/2.4 will produce more natural results. The same is true of the f/1.5 at night or low-light.

I found the results were even better in Pro mode. I’ve always advocated that shooting in manual on a good camera phone will lead to even better images. It’s what showcases how good a phone’s camera really is, which is why I wish the Pixel 2 had such a mode.

The Pixel 2 is still better shot-for-shot when comparing it to Auto mode in the S9/S9+, but Pro mode can close the gap considerably.

The S9+ has the second 2x optical zoom lens that was previously introduced in the Note 8. That includes the same Live Focus feature that used both rear lenses to create a DSLR-like depth of field. It’s still cool to use, but hasn’t changed much otherwise. Since the S9 doesn’t have the second lens, it’s a feature specific to the S9+.

Then there’s the Super Slo-Mo mode. This shoots a 0.2-second live clip at 960fps and slows it down to a six-second clip. The effect is dramatic, but conditions need to be optimal to really appreciate it. For one, it captures the clip at 720p resolution, so it doesn’t look as crisp. It’s also really sensitive to lighting conditions, meaning it always looks better when the ambient light is bright.

I tried it in the auto mode, where it captures the slow-motion sequence when a subject enters the yellow box. It worked sometimes, other times, not very well. I could trigger it manually in the other mode, but found it pretty difficult to time it just right. It’s a cool mode to shoot with, but I suspect it will be a fleeting one for most.

If there ever was a work in progress for Samsung, it’s Bixby. The company’s artificial intelligence platform is still in its infancy, and it shows because it’s a mishmash of impressive integration and frustrating misfires.

I could tell it to open the camera and take a photo, or open the gallery and show photos taken in a certain location. Making calls, checking weather, setting alarms or making a calculation—it does those things well enough. But texting, or messaging, generally speaking, leaves plenty to be desired. It will miss words or misinterpret them entirely, which is problematic for an assistant that’s supposed to be able to tweet and email by voice.

Bixby Vision uses the camera to identify items you can then find if you want to buy it. It even does landmarks. It also does food, trying to approximate what it is and how many calories are in the dish. I’m impressed at the attempt but we’re not quite at the point of someone being guilted by the results.

I know, I sound a little presumptuous, but only because the information isn’t bulletproof. Does the camera know if it’s red meat or something vegan? Can it distinguish between strips of roasted chicken or pork? From what I saw, the answer is no, or at least not yet.

It also adds a translation feature, where pointing the camera at a sign or menu will translate it through Bixby Vision. It works, except it translates without proper context. For example, English is an active language where verbs and adjectives precede nouns often. Other languages are more passive, sometimes reversing the order. So, the translation will merely interpret the words and lay them out in ways that wouldn’t make sense in proper vernacular, but could at least get the point across.

Being so similar to their predecessors, there were no real surprises in battery life. If there is any difference, it’s not substantial enough to be a noticeable upgrade. For the S9+, battery life is sort of a cross between the S8+ and Note 8, delivering all-day performance. It’s just not anything exceptional.

Should you upgrade to the S9

If you have the Galaxy S8 or S8+, you probably don’t need to upgrade to either one of these devices. The only exception might be if you really care about and want the new camera features. Even more so if you want the second lens on the S9+.

These phones would carry more of an impact for you if you’re upgrade from a Galaxy S7 or earlier. The screen size, camera and performance would be considerably different, making the switch more worth it.

The camera on both phones is great, though it’s clear AR Emoji and Super Slo-Mo need work to get better. Hopefully Samsung does provide meaningful updates, as it would only benefit users who like those features.

The Samsung Galaxy S9 and Galaxy S9+ are available now in titanium grey and lilac purple. 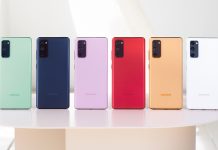 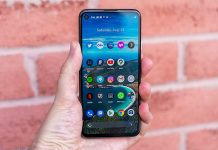 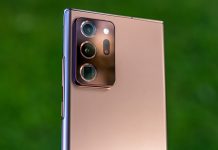