Chances are, when you need to take photos, you reach for your smartphone, but when you want to improve the quality of your images, there are key things to know. This isn’t just about the basics, it’s also about essential practices to make you a better mobile photographer.

It’s easy enough to look at the photos others take and wonder if you could emulate it in some way. The hard part is staying disciplined to do it the way that works best for you. Either way, you have to learn as you go along to produce better shots, and here are some tips to help you get there.

You may have heard this term before, even if it was in passing sometime. You may have also noticed that your smartphone camera app offers grid lines as an option. When enabled, those lines segment the scene to simplify lining up and composing your shot. That way, you can keep everything straight and symmetrical when you want it.

However, that doesn’t mean the subject has to always be dead centre every time. If it’s an object or person sharing the frame with a nice background, you can combine the two in interesting ways. Maybe you angle the subject to the right or left third and have the other two thirds get the background, whatever it may be.

It’s a principle that also works really well when there’s creeping depth to the background, like a pathway, road, or anything that looks like it’s leading somewhere. Try getting closer up to your subject to add some bokeh blur to that background for a really nice perspective.

In addition, use the grid lines to space things out and make them symmetrical. For instance, if you were to shoot a road, path or anything with lines that lead somewhere. Or maybe there are pillars or columns on either end. Whatever it is, use those to your advantage, and capture them symmetrically to add depth to the shot.

Change up the angle

By default, most people shoot photos by extending arms out from eye level or from the chest. That’s fine, except it limits what kind of angle you can shoot at. With phone photography, angles often change relative to where you, the photographer, are situated. Naturally, if you’re taking shots of a building, you’ll point up at it. If a dish just arrived at your table and you want to capture it before digging in, you’ll likely shoot it at a 45-degree angle.

What if you also shot that dish at a lower angle and captured a wine glass, candle or something else interesting behind it? What if you lowered yourself or the phone to capture the building from a worm’s-eye point of view? Some of the best photos came from shifting perspective ever so slightly. It could be to portray a sense of scale, or to bring out more of the texture from an object or scene.

The beauty of mobile photography is that experimentation doesn’t cost you anything. That doesn’t mean you should put yourself in danger to capture something amazing, just that you can keep taking photos to get the right shot. Safety first, always.

Don’t use the flash

I know this may sound like it makes no sense, but it really does when you consider how it works on your phone. Phones use LED flashes that are small and shoot out a burst of light only going in one direction (forward), and at only one level of light intensity. In other words, it’s this uncontrollable beam that will often ruin what could otherwise be a good photo.

Flashes are less useful now with low-light and night modes becoming more common in phones today. The problem is that you may feel inclined to go to it if it’s too dark. Don’t do it. The reason why is because the flash can only travel a very limited distance, and the light will splash onto the very first subject in its range. With people, it washes out skin tones, forming a harsh shadow behind the subject, while darkening everything else. It’s objectively awful almost all the time.

So, what can you do? If not a night mode, then utilize another person’s phone. Have them turn on their phone’s flashlight and point at you from an angle. If there are two friends with you, have them do it from opposing angles. They should extend their arms up to tilt the light downward toward you. The light balance will illuminate you, without washing out the background. Another option is to find a cool light source, like a neon sign (think an “Open” sign at night) that is close enough and try shooting portraits that way.

I have to qualify this by pointing out when digital zoom might work. There are phones with hybrid zoom lenses that combine optical zoom with digital zoom. They may even produce pretty decent images. But it’s a slippery slope that can really off the rails once you fully zoom digitally. The reason why is because digital zoom is little more than cropping into the image. It reduces the number of pixels, introducing a lot of pixilation and noise to the shot, leading to terrible results. Even on social media, such a photo would come out looking awful.

I find anything higher than 10x hybrid zoom falls right off the proverbial cliff. You can get some decent photos at 10x, but beyond that, it gets worse real fast. The thing is, that you need to also be more stable when taking the shot the further you zoom. Two great ways to do that are to use a tripod or rest the phone on a flat surface. If that’s not an option, try anchoring your arms to your torso, like a “T-Rex” pose, to help stabilize your body. You won’t need to do that if it’s just 2x, or even 5x, unless you’re shooting in low-light.

Learn to shoot in Pro mode and RAW

I recognize these two terms may be completely foreign to you, but they’re two of the best tools available. When a phone offers a Pro mode, it puts certain controls, like shutter speed, ISO, white balance and exposure at your fingertips. These are the kinds of features more often associated with DSLR and mirrorless cameras. When you use them on a phone, you see the effect change in real time on the screen. Play around with them to learn how to make good use of them.

RAW photos are uncompressed, meaning the phone’s software hasn’t done anything to them. No processing, no resizing, no compression to make the file size smaller. The raw data stays, and that makes such an image easier to edit and pull more detail from. If you use a program, like Adobe Lightroom, VSCO, Snapseed, Darkroom or Halide to edit them, you may find you can make the shot look so much better. Phones generally offer the option to save photos in both JPEG and RAW, so look for that in the camera app.

More tips to think about

Phone camera apps now have several modes to select from, and it’s worth learning what they do, so you’re prepared when a certain photo needs a certain look. Some are easy enough to figure out, like Portrait or Night modes, for instance. Others may be more specialized. Try them and see what they can do for you.

If you like adding some blur for depth, you don’t always have to use a portrait mode to do it. Focus on a closer subject and the background should naturally blur. When distance isn’t in your favour, try portrait mode to see what happens.

Ever notice when you tap on a subject, the sky or lamp brightens to a point of no detail? Phones do their best to compensate for exposure, only to often get it wrong in high contrast scenes. The reason why is because they adjust ISO to change light sensitivity, which brightens highlights or darkens shadows. HDR (high dynamic range) features on some phones try to mitigate that effect, so if you see it, turn it on and use it.

Try to refrain from slapping on random filters to your photos to try making them look better. Consider using editing tools first, especially when editing a RAW image. Filters aren’t always good indicators of how good a photo is. Editing the right way certainly could be.

It’s rare that you’ll get the perfect photo with the first shot you take. Practice, experience and knowledge all contribute to the best results. Look over the photos that don’t look right, and assess what you may have gotten wrong, be it framing, exposure, or something else. Your phone’s camera has a lot of power behind it, so you might as well make the most of it.

Check out the latest smartphones available to start your mobile photography journey. 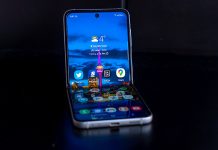 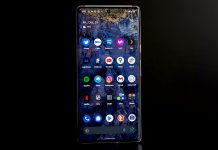 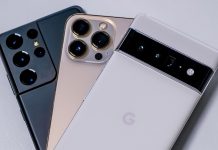 Best smartphone to give as a gift in 2021