Carbon Monoxide is a deadly enemy that humans occasionally come into contact with. It’s impossible to detect with just our natural senses, and since it feels just like air to our lungs, it tricks us into thinking we’re breathing normally when really we’re being suffocated. CO is certainly nothing to mess around with, and yet some everyday appliances can occasionally go rogue and produce this deadly gas right in our very own homes. While it’s not an everyday occurrence to hear of people experiencing CO poisoning, it does sometimes happen. It can also be prevented rather easily with the right type of sensor, like the First Alert Carbon Monoxide Detector (with Battery). That’s why today I review this potentially life-saving device while also taking a look at another special First Alert product called Fire Spray—for fire safety around your home!

The First Alert CO Detector has a built in electrochemical sensor that identifies deadly Carbon Monoxide gas when it reaches dangerous levels in your home and warns you of the presence of this colourless, odourless, and tasteless gas via an 85dB alarm. Since CO has the potential to leak from typical gas and oil-burning appliances and feels just like normal air to your lungs, there’s no other way to detect its presence than with a detector such as this one. The First Alert CO Detector shows both your home’s internal temperature and the current level of Carbon Monoxide that is present via a digital backlit display. It also has a mute button that silences the alarm while you have any CO leaks repaired, an end of life warning signal that lets you know when it’s time to replace your detector, and a sealed-in Lithium battery that lasts for the full 10-year life of the unit. Since the battery can’t be swapped out, when it dies you simply replace your detector with a new one.

The difficult part about testing a product like this is that I neither can, nor want, to effect a Carbon Monoxide leak in my home. All I can really do is check that the display powers up when it’s switched on and hope that it’s working as intended. In the case of my review unit, the display works fine, and so does a test that you can do to make sure that the alarm sound will activate. I can also confirm that at 85dB it’s a pretty effective alarm sound.

First Alert recommends having more than one of these detectors in your home. One of the best places you can install one is in your bedroom. That is where I have mine installed, and by “installed” I simply mean sitting on my bedside table. That is one of the options with this unobtrusive little device, though it does also come with a couple of screws in case you’d prefer to affix it to a wall.

I would also suggest having one First Alert CO Detector unit for every bedroom in your home, as well as one or two more units for places like your furnace room (if you have such a room) and any other room that you spend a considerable amount of time in. This way, if you ever do have a CO leak in your home, you’re sure to find out about it before the gas has a chance to fill the room.

Although my ability to test this product was rather limited, I can certainly say that just having it around made me feel safer and more comfortable in my home. Knowing that I don’t have to worry about breathing in deadly Carbon Monoxide gas in the event of a leak provides considerable peace of mind. For this reason alone, one or more of these detectors is certainly worth having around!

I also got the chance to take a look at a can of First Alert Fire Spray, which is a 14 Oz spay can fire extinguisher that’s designed to tackle grease fires in your kitchen and snuff them out from a distance of 3-4 feet.

Although I was no more keen to set fire to my kitchen than I was to bring about a CO leak in my home, at least I can confirm that the can has some good spraying force behind it, and I am quite confident that it will work just fine if I ever need to use it.

As this type of can can explode if exposed to an open flame, always using extreme caution is advised!!

However, keeping to a 3-4 feet distance should not be difficult when attempting to put out a grease fire. The rest of the time you can just store it under your sink. This will allow you to take quick action should a grease fire occur in your kitchen as the spray will be close at hand.

Although my ability to thoroughly test these products was somewhat limited, I was still fairly impressed with both the First Alert Carbon Monoxide Detector and the First Alert Fire Spray. These products are designed to protect you and your family against two of the most deadly scenarios that can take place in one’s home, and for that reason alone I can easily recommend them.

The CO detector itself is a very solid product that feels well made and works as advertised (at least in terms of the things that one can test, like being able to see the temperature readout). I also have no doubt that the First Alert Fire Spray, which is scheduled to be available at Best Buy shortly, would be invaluable in a kitchen grease fire.

So, if you want to protect your home and family against deadly Carbon Monoxide and equally threatening grease fires, get yourself at least one of each of these today and learn how to use them. If their use is never necessary, consider yourself lucky. If they do come in handy at some point, you certainly won’t regret picking them up! 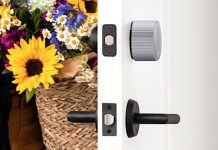