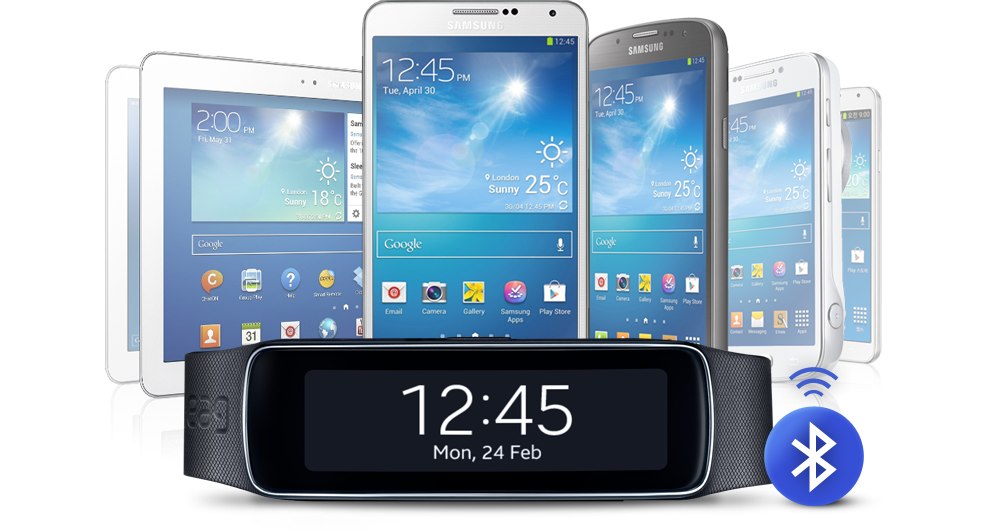 Sometimes two products work together so well that they mesh into an extension of one another and become that much better than either is on its own. Each might be pretty cool, but together, they becomes something special. That’s the case with Samsung’s Galaxy S5 smartphone and its Galaxy Fit fitness band. I had a week to try out these Samsung flagship devices and came away impressed with how well the two combine into what’s currently one of the best experiences out there for someone with an active, connected lifestyle.

A disclaimer first. I’ve owned fitness trackers and fitness bands for several years now —there are three Fitbits in our house, along with an Aria smart scale. I think they’re great. But they would be better if they could do a little more than track fitness data. I don’t want to be wearing multiple “wearables.”

At the same time, I’ve tried out a slew of smartwatches, some pretty good, some clearly limited in their functionality. But they tend to be big and clunky and most lack the sensors to track fitness data.

I want to track my activity and I want to be connected, but I don’t want to carry a smartphone and have to strap sensors on each wrist.

First, a few words about the Galaxy S5. Samsung’s latest flagship smartphone sometimes receives mixed reviews. In particular, not everyone is enamoured with it’s plastic shell. After all this is a premium phone and many competitors (including my own smartphone) are clad in more expensive looking and feeling metal cases.

I’ve felt the same way, but after spending time using the Galaxy S5, I got over it. Why? Because this isn’t a full review of the Galaxy S5, I’m simply going to list some of the points from my notes in bullet form: 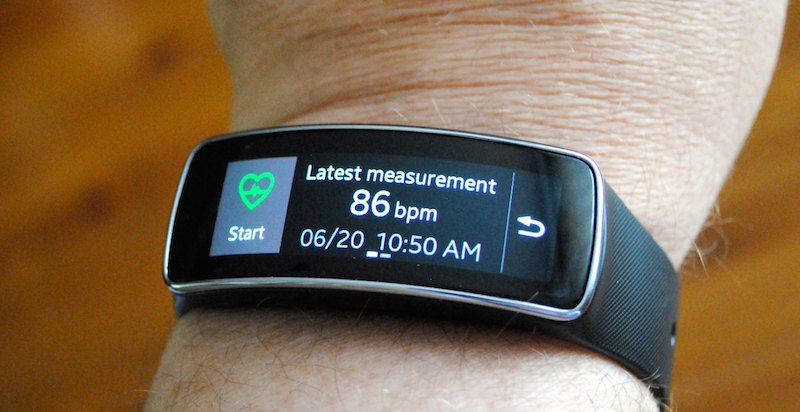 The Samsung Gear Fit is a fitness band —with a heart rate sensor, pedometer and related functionality— but it also has features we think of as being more typical of a smartwatch. It has a full colour, 320 x 320 pixel AMOLED touch display for example that absolutely pops. It connects to your Samsung device (see the Gear Fit product page for a complete list of supported models) via Bluetooth 4.0, letting it display notifications and control music playback. You can use it to find your misplaced smartphone and yes, it tells time as well.

It’s not perfect. You can’t be moving for it to get a read on your heart rate, recharging the battery means snapping on a small plastic dongle that provides a microUSB port and the form factor can mean reading long messages requires twisting an arm or switching display orientation (which results in choppy text). Despite the faults, it’s a pretty capable device.

The Gear Fit has the compact profile of a fitness band, and many of the connectivity options of a smartwatch. But it’s when the Gear Fit is used together with the Galaxy S5 that it really stands out. 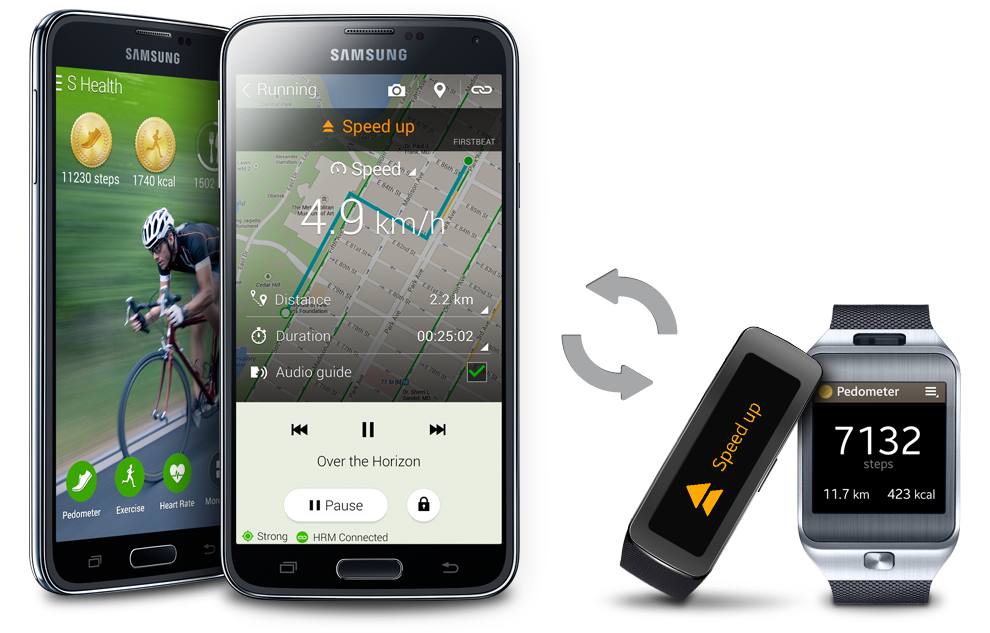 Okay, it may take you an extra minute if you don’t already have the Gear Fit Manager app downloaded on your Galaxy S5, but that’s nit-picking…

Better Than the Sum of the Parts

As I’ve said, neither the Galaxy S5 or the Gear Fit is a perfect device. I don’t know of any gadgets that are. But when you combine these two, the experience is so cool that I quickly forgot about quibbles with the individual products.

Once again, I’m going to turn to bullet points because there are a lot of features to highlight:

If tracking your fitness is important or you want to get in on the notifications capability of a smartwatch so you don’t have to pull your smartphone out every time it buzzes for incoming text, e-mail or voice call, the Gear Fit and Galaxy S5 combo is compelling combination.

There are many other possibilities out there —dozens of great smartphones and a growing number of wearable devices— but these two look great together (you’ll be hard pressed to beat the matching Super AMOLED displays) and they work seamlessly together. The combination gives you a pretty tough to beat flasgship smartphone, a capable fitness tracker and a showcase example of how technology can enable an active, connected lifestyle.