Fujifilm’s X-series of mirrorless cameras has been one of the success stories of the mirrorless revolution which has swept the photography world in recent years. Since the X100 came out in 2011 and became a cult camera among enthusiasts (and many professionals too), Fujifilm has consistently dropped some of the most interesting mirrorless cameras on the market, cameras that photography purists have loved for their manual controls, their classic design aesthetic, and the beautiful images that the X-Trans sensor creates.

The X-T100 is largely based on the X-A5, and very similar to the X-T20. It is Fujifilm’s mid-range mirrorless—not the cheapest, nor the most expensive you can buy. It packs the aforementioned X-Trans 24 megapixel APS-C CMOS sensor, and comes with the XC15-45mm F3.5-5.6 OIS PZ lightweight, compact power zoom kit lens. This lens has image stabilization and a minimal design, with no focal distance gauge or focal length indicator on the barrel because it works ‘by wire’ as it were. To change focal length you shift the control ring to the left or right, but the ring only rotates a matter of millimeters either way and the zoom is powered electronically, rather than by the motion of your hand.

When I first unboxed the X-T100, I was very pleased to see that it has an electronic viewfinder (or EVF). I’m a big believer of the importance of using a viewfinder to compose your photographs more consciously and effectively. I find that I’m able to get into better ‘flow’ when I use a viewfinder, perhaps because it helps me to ignore my surroundings and get totally zoned in on creating the best possible images. The viewfinder on the X-T100 is a very high resolution OLED 2,360K-dot screen which gives you a 100% view of the captured image (not a standard feature of every viewfinder). It also has a diopter which allows you to adjust for your specific vision defect (or ‘challenge’ if you prefer)—nearsightedness or farsightedness. As you can see from the image above, there is a ‘View Mode’ button right next to the viewfinder that allows you to cycle through four different modes. You can choose to use the EVF only, the LCD screen only, or enable the eye sensor which switches between the two modes, depending on whether or not your eye is to the viewfinder.

The biggest ‘aha’ moment for me when I unboxed the X-T100 came when I realised there was no battery charger, but instead a wall plug with a USB port, which told me that unlike previous X-series models that I’ve reviewed, we can recharge the X-T100 with a standard USB. This is an incredibly handy feature because it means that you can charge your camera while you download your images. It also means that you’ll never have to worry about where your battery charger is; as long as you’ve got a USB cord you’re good to go. And this is especially handy when you travel because USB is a universal standard (unlike wall sockets) so no matter where you are in the world you can easily charge your X-T100.

There is a couple of downsides to this however. The first is that charging from a USB port on a computer or a laptop is generally slower than charging from a wall socket. The second is that if you want to charge a backup battery while you’re shooting, you’ll have to buy a charger. However, the battery in the X-T100 is the same as older models, so if you are already an X-series owner you can use your old charger. Of course, if you’re well-organised you can obviously have your backup battery charged and ready to go before you leave the house.

The other feature on the X-T100 that really impressed me was the LCD screen. Not only does it rotate up and down to allow you to shoot from tricky angles, it also rotates to face forward for those must-have selfie moments. On top of that, it’s actually a touchscreen. This is a feature I’ve been expecting to see on more cameras, given that we use touchscreens so often in our everyday lives. With the X-T100, there are a limited number of functions you can access via the touchscreen, for example you can’t operate the menus, but you can use in to autofocus, shoot an image, change your autofocus mode, or change your film simulation style. (Film simulations are the Fujifilm presets that enhance your images to look like classic film stocks). Also, you can use the touchscreen to scroll through your images in preview mode.

The final big feature for me is remote shooting, where you can connect your smartphone to the X-T100 and get a live preview, and also shoot images and control settings like aperture, shutter speed, ISO and more. I have seen this before on another camera, but what the X-T100 does that the other could not is autofocus. So all you have to do is tap on your desired focus point on your smartphone screen, and the camera will change focus. Very, very cool feature.

The X-T100 has two shutter modes; mechanical shutter and electronic shutter. You can choose one or the other, or let the camera choose the best for the current scenario. The advantages of electronic shutter is that it’s silent and fast, up to 1/32,000 of a second. The disadvantage is that it tends to distort moving objects, which caught me totally unawares when I was shooting at a skate park. You’ll notice the distortion of the front wheels in the image below, especially when compared to the back wheels. This is actually something that could be turned to your advantage though as it gives the image a distinct quality that would be hard to reproduce effectively any other way, even with Photoshop.

The X-T100 shoots up to 6 frames per second, which is a pretty respectable burst rate, but the number of shots it is capable of shooting depends of the image quality you choose. To get the most shots you need to shoots jpegs. I started off shooting jpeg and RAW at the same time (two files per shot) at the skatepark, and found that it froze up pretty quick as it tried to write all that information to the memory card.

Fujifilm is all about beautiful design, and on the X-T100 there’s a little lever next to one of the dials on the top of the camera (you can see it in the lower right of the image above) that looks a little bit like a film wind-on lever. It’s actually function is to pop up the on-board flash unit, which immediately brought a smile to my face.

I’ve gotten really into shooting video lately, so I was very excited to see what the X-T100 can do in this department. Video has never been a big priority for Fujifilm, and unfortunately for me this remains the case with the X-T100. Yes you can shoot Full HD at up to 60 frames per second, but you can’t manually control your shutter speed, and this is a deal-breaker for serious video shooters. You can shoot some very nice slo-mos, but they are captured in HD, not Full HD (720p as opposed to 1080p). The results are nice, so if you just want to capture the occasional video and you’re not planning to do any serious editing, then you’ll probably have no gripes with the video specs of the X-T100.

If I was to point out one other area that I feel the X-T100 is lacking, it’s in responsiveness. There’s a fractional delay between the moment you press the shutter button and the moment the picture is taken, which bothered me a bit. I think you need to spend a little more money to get that really satisfying instantaneous response

All in all I have to say I really enjoyed shooting with the Fujifilm X-T100. It is everything I would hope from a Fujifilm camera, with a little bit extra thrown in for good measure. 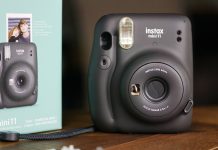 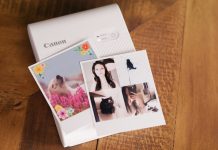 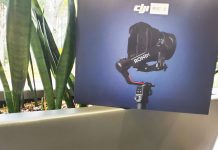