Keurig isn’t the only vendor putting machines to work in making drinks, as Bartesian showcased its own take on automated bartending and mixology.

The premise here is fairly simple in that the counter or tabletop device is able to make what the company believes is a perfect mixed drink to the drinker’s liking. It’s not super small, but not a huge machine, especially compared to some of the conceptual stuff I’ve seen at CES over the years.

The company was founded in Canada in 2014, and has been in the market already, albeit with limited distribution. It’s ready to break out, and it wants people to drink the cocktails they like most with precision and grace. The gist is that there are 17 different cocktails available to purchase in capsules. The capsules are similar to those Keurig uses, though Bartesian reps assured me these are easily recyclable. Each capsule contains the mixer ingredients for that particular cocktail. So, if it’s an old fashioned or margarita, for example, the only thing it would need is the alcohol.

That’s where the glass containers flanking the unit come in. Each one is dedicated to a specific spirit, so vodka, gin/rum, whiskey and tequila each have their respective places. The fifth is the reservoir at the back of the unit, which can hold water. The lid at the top opens up, you put the capsule in, choose the strength on the touchscreen and let it do its thing. The options are regular, mocktail, light and strong. It takes 20 seconds to go through the process in mixing the ingredients and pouring the drink. The machine doesn’t have ice, so you would have to put it in manually. However, there is a compartment in the back to help cool the liquids going through the machine in case you want something chilled with no ice.

The capsules are good for one drink, which may not seem like much, but part of the idea was to reduce waste when buying mixer ingredients from grocery stores. You may not always have the necessary ingredients on hand, so this tries to solve that problem. Capsules can last longer when refrigerated, though do have expiry dates. Bartesian reps say the quality is on par with any bar cocktail, and the juicers, bitters and extracts in the capsules are sourced properly. The other thing is to avoid over or underpouring that can sometimes lead to a watery or skewed taste. The device is meant to be precise, mixing exactly what’s required for the chosen strength.

More cocktail capsules are apparently coming, but as of now, some popular ones are in the current lineup. Whiskey sour, gin martini, negroni, long island ice tea, cosmopolitan and spiced coffee are among them. The unit will even suggest the proper glass for whichever capsule you insert into it.

You can also wash the spout yourself or put it in the dishwasher. Same with the mat the glasses sit on. Otherwise, there’s not a great deal of upkeep. The alcohol in each reservoir can stay in it as long as you like, but those bottles are easy to wash too.

Capsules come in packs of six. There are some variety packs that put different drink capsules together as well. Other cocktails are coming, they say, so time will tell how much the current list grows. Either way, it was an impressive demo and it did exactly what it was supposed to do. There are plans to expand availability this year, so more to come with this unique machine bartender.

If you want to see two other examples of at-home machine bartending, check this out. 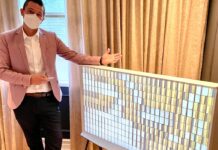 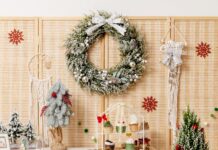 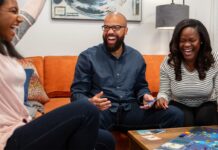 The best holiday gifts for the perfect host