A good Diaper Pail is usually at the top of most parents’ baby wish lists. Before my daughter was born, the first item I added to our wish list was a diaper pail. Unless you’re going to be using reusable/cloth diapers, I can’t think of a more simple and convenient way to dispose of these baby bombs. In the first couple months, you may find yourself changing diapers around a dozen times a day (17 was our 24 hour record) and it can be really cumbersome to dispose them if you don’t have a pail handy. This is truly a great way to keep your sleep deprived sanity (and a clean smelling house) intact. Munchkin’s diaper pails take a different approach to what you see most of the time. Partnering with Arm and Hammer, Munchkin pails have traditionally attacked odours in two different ways. One, through fairly secure diaper disposal entry. The second is through a scented baking powder puck that sits on the lid and helps mask smells while the pail is closed. This has been a great formula that’s worked to success.

Now, Munchkin kicks it up a notch with the Munchkin Step Premium Diaper Pail.

What is the Munchkin Step Premium Diaper Pail all about?

The Step Premium Pail is a lot like most other step-enabled pails. Out of the box, you simply step on a foot release. Up pops the lid and you dispose of the diaper. From there, the lid itself has a connected mechanism that twists the diaper bag shut as you close the lid. On the inside of the lid itself is that baking powder puck I spoke about earlier.

One of the great things about this diaper pail is that it has backwards compatibility. If you have previous Munchkin diaper pails with the snap, lock and toss bagging system, this not only works with that but it works with the diaper ring bagging system that you might be familiar with via other brands like the Diaper Genie (though it should be noted that Diaper Genie refills don’t work with this pail.)

This pail is a proverbial fort knox of odour protection. Despite the large size of the pail itself, the opening for you to stick a diaper in is pretty small. It’s enclosed by the rest of a plastic guard to minimize the chances of anything wafting back at you. This is also the sturdiest diaper pail I’ve ever seen. There’s no moving or swinging when you press the foot pedal down and the lid itself is very sturdy. It’s not spring loaded (so you do have to close it manually) but a twisting system that shuts odours in and comes over the top with lavender scented baking powder to do even better to keep your nursery smelling baby fresh is a great step up (no pun intended) from most of the competition out there.

Why get a diaper pail at all?

I’ve always been a big fan of diaper pails from the first time I watched a diaper being changed and wondered how you’d ever be able to keep the smell locked away using a garbage can. It takes a great system for this to work. This Munchkin pail is a great system.

You’re going to be changing diapers constantly in the first few months and it’s a real drag to have to continuously run for the garbage chute. A diaper pail helps you manage diaper disposal right in the nursery and it neutralizes odours in the process. 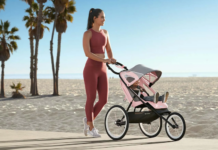 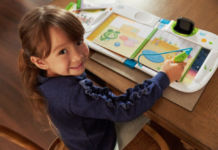