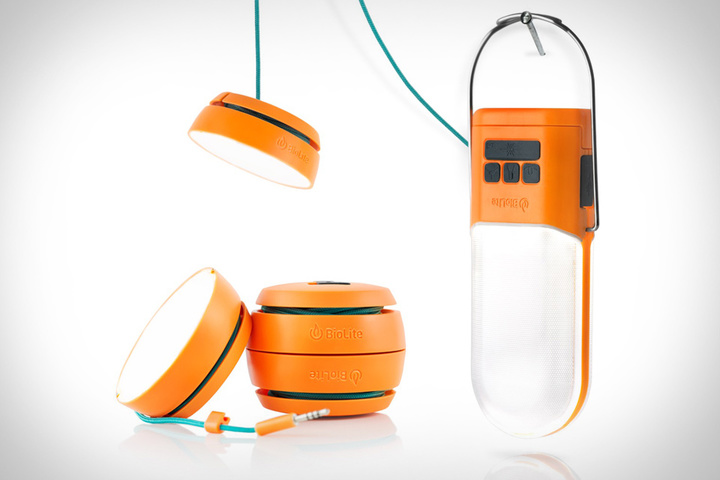 A few days ago I posted a review of the Biolite CampStove, a really cool gadget for outdoor adventures that will cook food, boil water and charge your devices. This time I’m looking at another product in BioLite’s lineup, the NanoGrid.

The BioLite NanoGrid is a compact but powerful lighting kit that gives you amazing options and versatility for bright, powerful LED light while camping, hiking, and barbecuing, even out in your yard, or anywhere you may need portable light.

The BioLite NanoGrid consists of two main parts: the USB Power Bank, and the String Lights. The Power Bank is the hub of this kit. It provides power to recharge smartphones, it acts as a lantern, and it’s also a flashlight plus it connects and powers the peripheral string lights. The powerful Li-Ion battery can be recharged from any USB source (including BioLite products, like the aforementioned CampStove) and then you can share its power to any USB chargeable gear.

I liked a couple things about this unit right off the bat. For starters, it’s versatile. I took the NanoGrid on a two-week camping trip and found I was using it constantly. The lantern is bright but not glaring, thanks to what BioLite calls Edge-lighting.
“Edge-lighting is a process where we’ve created panels that bend light around the internal battery, resulting in a compact design and soft light,” explains BioLite on its website.
I also appreciated the small wire loop on the lantern/power base, which meant I could hold it with just a finger if my hands were full, or hang it from something overhead. The flashlight at the other end of the lantern also provides super convenient directional and focused light.

The String Lights are two puck-sized discs that snap together or apart and then unwind 10 feet of cord per lamp. The cord plugs into the Power Bank base and there’s ample cable to string lights overhead, and not run out. These overheads were a game-changer for me at the campsite. They provided a bright and wide circle of task lighting which I could hang at any height I needed. In testing, I was able to fully light our picnic table and food prep area by stringing the lights to an overhead branch, and it meant not trying to cook and clean up with a flashlight in one hand, not needing to rely on the waning and flickering light of a candle, or the blasting brightness of a traditional lantern.

Got three minutes?  Watch my video review of the BioLite NanoGrid

The NanoGrid kit is small, and fits easily into a purse, backpack, or glove compartment. It recharges with a USB cable, which you can re-power at home or  in your car. You can also use a seperate solar power kit to recharge it, or as I noted earlier, use one of BioLite’s other products. While the kit I tested came with the Power Bank and a single pair of String Lights, BioLite says you can add other String Light pairs to the kit, meaning you’ve got a tonne of lighting options.
I used the NanoGrid nightly while we were camping, and even after several days of using it for a few hours at a time, it still had three out of four bars left on its battery indicator. BioLite says the whole system is designed to run for 22 hours without needing a charge. Overall, it’s a great light set to have for the RV, camping, the BBQ in your backyard, fishing, boating or even just in the car. 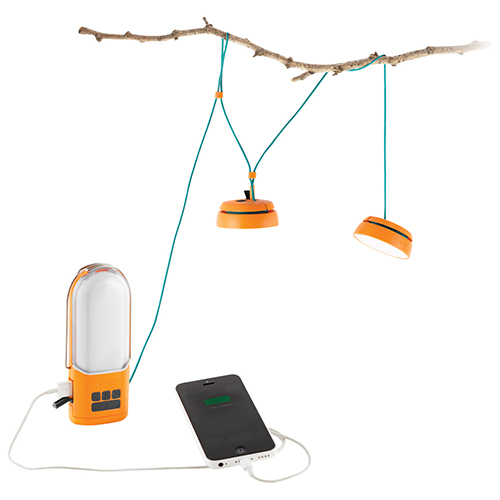 BioLite was borne out of the co-founders’ interest in more sustainable products, particularly for camping and the developing world. As BioLite’s website puts it, “our stove technology was inspired by a philosophy of applying efficient design to real world problems.”

Founders Alec and Jonathan were frustrated that all efficient camping stoves required petroleum fuel or batteries, and Alec had the idea of a wood-burning stove able to utilize its own thermal energy. Jonathan, the camper in the partnership, brought his engineering background to the table and the two began the design process. Countless prototypes later, the BioLite CampStove was on the market. Now the company is broadening its thinking to other “real world problems”, like how to provide better, stronger, brighter and more reliable and versatile light to a multitude of other situations.

I absolutely loved the BioLite NanoGrid. It works well, it’s durable, reliable, compact and well-made. I found myself using it quite often, and using all its pieces too, and I felt good about that, because the kit is not cheap, so it’s nice to know it’s all uber useful. One note about the price: while I feel like it is more than most folks might ordinarily spend on lighting for camping or emergency use, the NanoGrid is solidly made, very durable and is handy enough to justify the price tag. In fact, I’m going to add one to my camp kit this year. I think it would also make a great gift for the camper or outdoorsperson in your life.