There was a huge announcement out of the U.S. today for anyone who uses Wi-Fi. And at last count, that is just about everyone … The FCC has just approved use of the 6GHz wireless band for Wi-Fi routers. This additional spectrum opens the doors to true tri-band routers (2.4GHz + 5GHz + 6GHz) and promises to be a revolutionary leap forward for Wi-Fi performance. 6GHz will be rolled into Wi-Fi 6 to create a new Wi-Fi 6E standard. That’s a little confusing, but I’ll try to explain what’s going on, and why you should be thrilled about it.

The “6” is causing a bit of confusion. Wi-Fi 6 is the standard that was introduced last year, and yes, there are routers and devices on the shelves now that support it. You can read the full scoop in my explainer, but Wi-Fi 6 is meant to address challenges faced by homes that are increasingly connected. It supports swarms of smart devices all connecting simultaneously, and adds a nice speed bump as well. Formerly known as 802.11ax, it was re-named Wi-Fi 6 to avoid the confusion over the letters—Wi-Fi 6 is faster than Wi-Fi 5 (formerly 802.11ac), etc.

However, 6GHz Wi-Fi is something entirely different.

Why Wi-Fi 6E is so exciting

Currently, Wi-Fi operates on two different bands: 2.4GHz and 5GHz. This works relatively well, but one of the big problems is that these two bands are crowded. There are limited channels within each, and that means congestion and interference are a constant challenge that often keeps Wi-Fi 6 from reaching anywhere its maximum speeds.

The 6GHz spectrum is far less crowded, and with the ability to broadcast seven simultaneous, maximum capacity Wi-Fi streams, it effectively quadruples the bandwidth available for Wi-Fi. 6GHz has the same theoretical top speed as 5GHz Wi-fi (9.6 Gbps), but with large channels and more of them, devices that support 6GHz Wi-Fi can get much closer to that maximum. It’s predicted that 6GHz Wi-Fi could hit an actual real-life speed of 1-2 Gbps to a connected device. That’s a huge speed boost over what we see today.

6GHz support will be rolled into the existing Wi-Fi 6 standard, and supported devices will get a new Wi-Fi 6E designation.

Will my Wi-Fi 6 router support 6GHz?

Because the 6GHz spectrum is so close to 5GHz, in theory existing hardware should be able to broadcast on the new frequency, but it’s not a certain thing. And the routers would definitely require a firmware update. So expect router manufacturers to test, and offer updates where available.

Sounds cool, when can I buy a Wi-Fi 6E router?

6GHz Wi-fi was just approved by the FCC in the U.S., and devices that support the new Wi-Fi 6E standard are expected to start arriving by the end of the year. Broadcom is already making Wi-Fi 6E chips for mobile devices. We’re still waiting to hear about Canadian approval for use of the 6GHz spectrum (we’ll update this post when it’s confirmed), but the expectation is that we’ll be enjoying that uncluttered band sooner rather than later.

Note: On May 19, 2021, the government of Canada announced it was opening up the 6GHz band, allowing Wi-Fi 6E routers to take advantage of that spectrum. 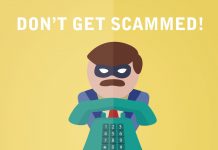