External storage is a must-have for anyone who owns a PC. Portable storage is even better—it can be used to ‘sneaker-net’ data from one PC to another. Solid state external storage is better yet. It’s extremely fast and far more compact than a traditional hard drive. Portable SSDs bring you into ultra-portable territory. Rugged and water resistant? Great features to have for keeping your data safe and secure, even when used outdoors or carried around in inclement weather. The SanDisk Extreme portable SSD ticks all those good boxes: it’s ultra-portable mass storage that’s fast, easily pocketable, rugged, and water resistant.

I’ve been (torture) testing a 1TB version of the SanDisk Extreme portable SSD for the past several months, and it’s performed admirably.

The packaging that the SanDisk Extreme portable SSD arrived in is smaller than any of the portable hard drives on my desk. And as it turns out, that packaging is a lot of empty space because this portable SSD is truly tiny. It’s not that much larger than a credit card (although considerably thicker than a slice of plastic). This is a portable drive that is truly pocketable. It even has a built-in loop on one corner so you can use a carabiner clip to attach it to a belt, bag, or backpack.

That loop also offers a flash of colour. The drive itself is dark grey plastic, with rubberized bumpers and backing and the SanDisk logo in white. The orange loop is bright orange, which adds some needed visual pop.

Included in the box are a short (15cm) USB-C cable, along with a USB Type-A adapter so the drive can be plugged into older PCs (or devices like tablets or digital cameras) that might lack the newer port. This is a nice touch. USB-C to USB Type-A adapters aren’t expensive these days, but not everyone has one kicking around. By including the adapter, SanDisk makes certain everyone can use the drive immediately.

SSD speed in an ultraportable package

The SanDisk Extreme portable SSD provides lightning-quick data transfers. The drive is able to read data at a speed of 550 MB/s. There are new PCIe drives that are faster, but this should be plenty of speed for most applications. I tested it primarily with an older MacBook Air with a Type-A USB 3.0 port and copying a 10GB file to the drive took a bit less than 20 seconds.

That’s plenty fast in my book. The drive came formatted using ex-FAT, so it can be used with both Windows and macOS. SanDisk doesn’t list ChromeOS as being officially supported, but I had no trouble using the drive with a Pixelbook Go Chromebook (if you want to learn more about using PC accessories with a Chromebook, be sure to check out my recent posts on that topic).

The included USB-C cable is a little on the short side (it left the drive dangling in mid-air when connected to my MacBook Air on its stand), but the inclusion of the USB Type-A adapter means you can plug this drive into virtually anything.

My review unit packed 1TB of storage into its tiny enclosure. That’s enough to back up my laptop and carry around a sizeable library of movies and photos. If you don’t need that much storage, you can save some money with smaller capacity versions including a 500GB drive.

Verified to be rugged and water resistant

When companies make claims about their products being rugged and/or water resistant, I like to verify those claims personally. SanDisk says the ‘extreme’ part of this portable SSD extends beyond speed to include the ability to “stand up to rain, splashes, spills, and dust.” In addition, it is rugged and shock resistant.

I checked that ruggedness first. Throughout the evaluation period, this drive was dropped from table-height and then shoulder-height multiple times. It landed on wood, grass and even stone. The bumpers did their job and the drive survived without harm. There was no physical damage other than some dirt picked up on the rubberized bumpers, and it functioned perfectly. My street is under construction and with heavy equipment lumbering around, there is a lot of dust in the air. Leaving the drive on the front porch resulted in a thin film of dust, but once wiped off it was fine. Finally, I tested out that IP55 water resistance. The SanDisk Extreme was subjected to a gentle shower from a garden hose, and then left to sit in standing water for a few minutes. Once I wiped the water off, it worked perfectly.

So yes, this is a rugged drive that should easily survive a little accidental abuse.

What if you want to secure your data?

If you want to keep data stored on this drive safe from prying eyes, SanDisk includes its SecureAccess software (for macOS and Windows). This doesn’t encrypt the entire drive, but creates a secure folder. A password is needed to view anything stored in that folder.

I think the SanDisk Extreme portable SSD is a great choice if you need fast, ultra-portable and rugged storage. It’s speedy, it works across multiple platforms, it comes in large capacities, it’s so small it is completely dwarfed by my smartphone, and it lives up to the claims of being rugged and water resistant. So it gets a big thumbs up from me. But if you check Best Buy Canada’s website for ratings, you’ll find that customers also like it. The average rating is 4.8 stars for 815 reviews, and a whopping 97% of buyers would recommend it. 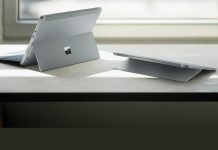 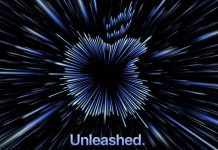