A good monitor is essential to your immersion and gaming enjoyment. This is so important that modern gaming monitors are packed full of technology and features aimed at enhancing your experience. Today I’m going to be reviewing a Samsung’s Odyssey G3, a Samsung Odyssey G5, and a Samsung Odyssey G7 gaming monitors. All three monitors were released recently. The Odyssey G3 is Samsung’s entry level monitor, while the G5 and G7 are the mid and high tier monitors. Because of their focus on the gaming experience, these monitors share a number of features in common. However, as we look more closely at each monitor you will see that Samsung has included specs and features that differentiate each model.

Before getting into my review of the Samsung Odyssey monitors, let’s review some of their key specs.

Features that the G3, G5, and G7 have in common

As these are gaming monitors, the G3, G5, and G7 share features that will satisfy all gamers. Across the Odyssey line, all three monitors come with FreeSync Premium, a fast 144 Hz refresh rate, and a 1 ms response time. These features are essential to competitive games that require fast reactions from players. A 144 Hz refresh rate means that the Odyssey monitors can display up to 144 frames per second (fps) to the user. In the case that a PC or console isn’t able to produce an output of 144 fps, FreeSync comes into play. FreeSync allows the Odyssey monitors to match the fps generated by the PC or console. The result of this is that users will not see any screen tearing or stutter. Finally, a fast 1ms response time means that the LCD pixels are able to more quickly change colours as images are displayed. Together these features give gamers a smooth viewing experience. During my tests, my visual experience of Call of Duty Warzone remained smooth even when my fps dropped below 144 fps. Stand adjustments on the Odyssey series varies depending on the model. The G7 and G3 have the most flexibility in their stand adjustments. With both of these monitors, you have height adjustment, tilt adjustment, a 15-degree swivel, and the ability to pivot into portrait mode. As someone that is picky about how my monitor sits, I appreciated the flexibility that the G3 and G7 monitor stands provided.

Strangely, the mid-tier G5 monitor stand does not have the adjustments of the G3 and G7. The only stand adjustment reported on the Samsung website is tilt adjustment. However, on my test unit tilt adjustment is not available and the entire stand is static.

Differences between the Odyssey G3, G5, and G7

The panel types of the Odyssey monitors are where you will find the biggest differences. The G3, G5, and G7 all use different panel types with different screen resolutions. The G3 has a resolution of 1080p, while the G5 is 1440p, finally the G7 has an incredible 4k resolution.

Both the Odyssey G3 and G5 use VA panels. These panels have good viewing angles and an excellent contrast ratio. If you’re looking for deep blacks these monitors would be your ideal candidates. The G3 has a 3000:1 ratio while the G5 has a 2500:1 ratio. Looking at them side by side the black levels of both monitors are great and create deep black levels.

The G5 stands out in the crowd with its curved screen. While the G3 and G7 have flat panels, the G5 has a 1000 radius curve that adds a new level of immersion. I loved the G5’s curved screen while playing games and watching movies. The curve made it easier for me to see what was happening around me. The curve also meant that I didn’t need to turn my head in order see the far corners of the screen.

A slightly different panel was used in the Odyssey G7. The G7 uses an IPS panel that has a slightly lower contrast ratio but has much wider viewing angles. In my testing I didn’t notice a big difference in the contrast ratio when comparing it to the G3 or G5. Perfect monitors for gaming and media

One unique feature of the G7 is its RGB LEDs. The G7 has two RGB LEDs on the front and one RGB LED ring on the back. Samsung refers to the LED ring as the Core. In the monitor settings, you can adjust the G7’s LEDs to change colour to match what’s displayed on the screen. You can also have the LEDs cycle through colours with different behaviours. I’m a huge fan of LEDs and love the CoreSync feature. Having the LEDs change colour to match movies and gaming adds a whole new level of immersion.

While the G3 doesn’t have HDR or fancy LEDs it’s no slouch when it comes to gaming and media. The higher resolutions of the G5 and G7 also mean that the PC needs more powerful hardware. Older PCs will struggle with higher resolution monitors and may sacrifice crucial FPS. This is where the G3 shines, its resolution of 1080p means that older and newer hardware will have no issues producing high FPS. For anyone prioritizing high FPS gameplay, the G3 will be their go-to monitor.

Overall, when it comes to gaming and media the Odyssey series does not disappoint. Personally, I enjoy the higher resolutions of the G5 and G7 because I’m able to see finer details while gaming and watching movies. If you’re like me, you use your PC for both gaming and productivity. With high contrast, wide viewing angles, and great colour reproduction Samsung’s Odyssey series is ideal for productivity. In my daily testing with the Odyssey monitors, I was happy with the performance of all monitors. I found myself spending more time with the G5 and G7 because of their higher resolution. For my work, I am constantly multitasking and always have two windows open at the same time. The higher resolution of the G5 and G7 meant that I had enough screen real estate to keep these windows open side by side. The same can also be done on the G3 however the lower 1080p resolution resulted in less real estate and squished text.

For those with multiple devices, the G7 has a Picture in Picture (PIP) feature. This allows you to simultaneously display images from two different sources. For me, this was an interesting feature that allowed me to use my work and personal laptops at the same time. I liked this feature since I no longer need to swap connections, and with a click of a button I’m able to use both laptops. The Odyssey series is great for all users

Samsung’s Odyssey G3, G5, and G7 are fantastic monitors for your gaming, media, and productivity needs. All three monitors have a fast 144 Hz refresh rate, a 1ms response time, and support for FreeSync Premium. They’re bright, have excellent colour reproduction, and wide viewing angles. Samsung did a good job of creating unique features aimed at satisfying the needs of their gaming customers. Amongst the three monitors, the G7 is my favourite. I love the 4k resolution, the LEDs, the adjustable monitor stand, and its G-Sync compatibility.

Which Samsung Odyssey monitor would you choose for your gaming needs? Let me know in the comment section below.

Here are links to the selection of Samsung Odyssey monitors available at Best Buy: 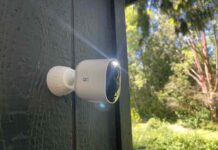 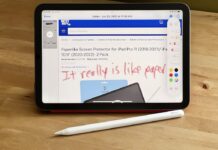