Celebrate the fun and excitement of PC Gaming during Intel® Gamer Days. Best Buy Canada kicks it off with great deals on Intel-powered laptops and PC Gaming accessories that will boost your gaming experience in ways you can only imagine. Running from August 27th to September 9th, Intel Gamer Days features some of the top names in PC gaming including Asus, Acer, MSI, and Dell (the brands who provided the prizes for this contest!). Read on to learn more about Intel’s most advanced processors, including Intel’s 11th Gen H45 processors released this year, then enter for a chance to win one of four amazing Intel-powered gaming laptops.

Intel’s 11th Gen H Series processors bring desktop calibre performance to laptops. Push the boundaries of your gaming, even on the thinnest machines. Intel calls it, “Desktop power for any desk” and they don’t coin that tagline for nothing. For years, desktops have been the benchmark when it comes to PC gaming performance; however, Intel-powered laptops have evolved to deliver comparable performance of bulky desktop, and play high resolution, maximum frame rate games anytime and anywhere. The H45 processor, the latest in the H Series, lets you get exactly that.

The advantages of the Intel H45 processor lie in its advanced architecture, with the 10 nm SuperFin manufacturing process, its Willow Cove design, and new Intel Iris Xe graphics. You get 8 core CPUs, higher clock speeds, and lower power consumption. Using Intel’s Turbo Boost Technology, the H45 processor ensures faster processing right when you need it the most.

Gone are the days when power and performance require a big and bulky desktop, or a heavy, clunky laptop. Truly, the H45 processor is designed with the most demanding PC gamers in mind, so gamers like you get nothing but great performance for your toughest gaming adventures.

Gaming brings us all together

Gaming is becoming one of the best ways for you to connect with people who have similar interests from across the globe. Outside of gameplay many gamers connect through social media platforms like Twitch and YouTube by streaming their gameplays. During the first quarter of this year alone, there were a total of 8.8 billion hours of gaming streamed online. Some of the gameplay is from eSports professionals, allowing you to learn new tricks, while others come from people just like you who want to share a great gaming experience they had, or show how great gaming is because of the new machines and PC components they added to their system.

Whether you’re gaming for fun or streaming your gameplay for your avid followers to watch, you need the most reliable gaming laptop that plays as hard as you do. With a new array of game releases for PC this year, like Psychonauts 2, Dying Light, Fifa 22, and many others, take the unparalleled gaming performance offered by Intel’s new H45 processors, or any of Intel’s new processors anywhere you want. Experience the excitement and speed of the most demanding game titles even on ultra-thin laptops.

Entering this contest is easy and you can enter in two (2) ways by placing two different comments:

This contest runs from August 20th to September 10th.

Remember, you can enter in two ways, by telling us what you like about the new Intel processors or by telling us about your gaming experiences as described above. Share this with your friends and family who love PC gaming, or better yet, hit those PC gaming forums and message boards and let your gaming allies (or rivals) know about this contest. 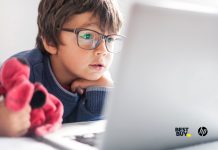 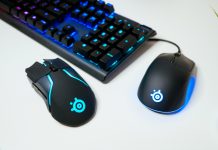 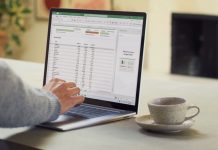 Finding the right Microsoft Surface product for you