The concept of virtual reality has been around for decades. People have been dreaming about being able to explore ultra-realistic, three dimensional environments in the comfort of their homes since long before the days of the personal computer. But the PC, its ever growing power and the dramatic increase in graphics processing capabilities of video cards has finally made consumer-accessible VR a reality. Enter the age of the VR-ready computer …

Thanks to a successful Kickstarter campaign, several years of impressive demos at CES, enthusiastic support from video game developers, and then getting snapped up by Facebook (in a deal worth a cool $2 billion U.S.), Oculus Rift is the one people tend to think of when you mention a VR headset. But there are other players in town now. HTC’s Vive has turned out to be incredibly popular, and in the fall, Microsoft launched its own VR platform in Windows Mixed Reality (WMR). That led to a wave of new WMR headsets and controllers from PC manufacturers including ASUS and HP.

There are also VR headsets that work with a smartphone like the Samsung Gear VR, and of course there is Sony’s popular Playstation VR. But this post is focused on PC-based VR systems, so I won’t be those systems.

VR headsets do much of the work when it comes to your virtual reality experience. The headset provides the display, so everything you see will be shown on the headset’s dual displays. Sensors that track your movement are built-in or part of the headset and controller combo. That’s actually one of the big differences between VR platforms: Oculus Rift and HTC Vive use outside-tracking with external sensors, while WMR systems use Inside out tracking that mounts tracking sensors in the headset that follow the motion of LED-embedded controllers. You can read a detailed explanation of the  differences between the two approaches in this VR vs. WMR post.

Regardless of which VR platform you choose, everything is tethered to your computer and it’s the PC that does the heavy lifting. And that lifting is heavy, make no mistake. We aren’t yet at the stage where these consumer-level VR headsets are operating in 4K resolution, but even the dual 1080-1200 pixel resolution of an Oculus Rift or HTC Vive display requires massive graphic processing power. Every pixel is rendered in real time, including your interaction with the scene based on the input from the sensors, and it has to be rendered in 360-degrees.

So your PC is providing the power to render the graphics, enable real-time performance and to do so with minimal latency. This last point is far more important than even with PC video games. In virtual reality, any lag destroys the immersive experience and dropping frame rates or stutter can quickly make someone wearing a VR headset physically ill.

Here’s a quick snippet from a blog post from the Oculus Rift team that helps to put that computing demand in some perspective:

So it is critical to choose a PC that’s ready to take on VR.

The growing popularity of virtual reality has led to multiple VR platforms, which is great for consumers. We have far more choice in headsets and controllers. The downside to choice is that there are multiple platforms to keep track of, each with its own system requirements. And each platform further splits requirements into minimum and recommended (Microsoft goes with MWR and WMR Ultra, but it’s the same basic distinction).

I’m going to list the recommended (WMR Ultra) requirements, not the minimum. And here’s why. If you buy a PC that just squeaks in with the minimum hardware requirements, technically you care going to be able to run VR applications. At least today’s VR applications. But you will be experiencing VR at lower frame rates for many applications. That’s not only a jarring intrusion on the immersive nature of VR, but it could lead to motion sickness. And you leave yourself no room for ‘future proofing,’ so what just barely works with VR applications today may not work at all with software that is released next year.

The initial outlay may be a little more, but if it were me, I’d be looking at a PC or gaming laptop that at least meets the recommended requirements. Then I’d be bulking it up even more with a Core i7 CPU, additional fast RAM, and an SSD or hybrid drive large enough to install games on (say good-bye to game load times). I’m getting a little off-track there, though. Let’s get back to the recommended requirements. They’re virtually identical for the Oculus Rift and HTC Vive, so I’ve lumped those two together.

Some of these requirements are set to change later this year. For example. HTC has the Vive Pro on tap, with increased resolution, as well as a wireless adapter for the Vive and Vive Pro. These were announced at CES 2018. There’s a possibility we may also see Mac requirements published, but at the moment VR support for Apple’s computers is very limited.

Computers That are Ready for VR

Keeping track of all those specs can be a pain. The VR headset manufacturers offer applications that will test your PC to determine if its capable of running virtual reality applications. The easiest way to step into VR and ensure a great user experience is probably to pick up a new PC that’s been designed to support virtual reality.

You can see that a glance with ‘ready for VR’ badges that have begun to appear.

The good news is that with powerful new video cards like Nvidia’s GeForce GTX 1060, more laptops are getting into the VR game now, too.

In terms of desktop PCs, the ASUS ROG Strix FD30 Gaming PC checks off all the boxes and then some. With a Core i7 CPU, 16GB of DDR4 RAM and an Nvidia GeForce GTX 1060 video card, you’re set for a smooth VR experience. It has an SSD with space for a game or two in addition to a mass storage hard drive, so VR gaming will be snappy even when loading cut scenes. And you can bet the AlienWare Aurora is ready to take on the most demanding VR applications.

I’ve been using gaming laptops for my testing of VR and WMR headsets, since they offer a much more self-contained and portable experience. I used this 17.3-inch HP Omen Gaming Laptop and it delivered butter smooth Windows Mixed Reality VR. And no wonder, with a Core i7 CPU, 12GB of RAM, plenty of ports and an Nvidia GeForce GTX 1060 video card with 6GB of video RAM.

The Acer Predator Helios 15.6-inch Gaming Laptop is VR-ready and I used it to power an HTC Vive headset and controllers. And you can bet this MSI GT75VR laptop Matt Paligaru reviewed will chew through the VR scenery.

If you want some more VR-ready laptop ideas, I put together a list of five current laptops that would make great choices.

Virtual reality made big strides last year, but with Windows Mixed Reality in the mix and next generation VR hardware coming, 2018 is shaping up to be the year VR goes mainstream. Make sure to check Best Buy for all the latest in virtual reality technology, along with the PCs and laptops with the hardware needed to drive it.

[Editor’s note: this is an updated version of an earlier article. The computers and VR headsets mentioned have been updated to reflect products that are currently available.] 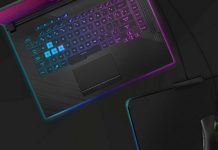 The Top Gifts for PC Gamers 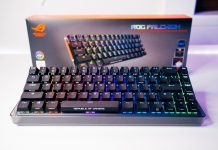 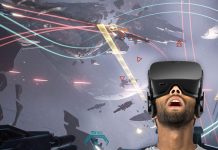