Virtual reality continues to gain in popularity. And as it does so, it’s only natural that there are now a number of forks in the road. Different ways of accessing virtual reality, and even different degrees of immersion.

Chris Loblaw has already tackled the differences between VR and augmented reality (AR). And then there’s the game console success of Sony’s Playstation VR. In this post, I’m going to tackle one of the more confusing aspects of the current virtual reality landscape when it comes to computers. What is the difference between what we have been calling VR on the PC, and Microsoft’s Windows Mixed Reality (WMR)?

The two heavies when it comes to VR on a PC are the Oculus Rift and HTC Vive.

The Oculus Rift was the first out of the gate, launched with a 2012 Kickstarter campaign and bought by Facebook for a whopping $2 billion in 2014. The HTC Vive came along a little later. With the help of Valve—the well known PC game developer and distributor that also happens to run Steam, the popular online PC game service—HTC developed the Vive VR headset, which was released in 2016.

Both systems share some key similarities. They use a pair of 1080 x 1200 pixel OLED displays with a 90Hz refresh rate and 110-degree field of view. This translates to a high resolution view for the wearer, with a fast frame rate (which helps to combat motion sickness) and wide field of view. Both offer hand-held controllers, and both have a tether of wires that connect the user to a host PC.

Speaking of the host PC, both the Oculus Rift and Vive have fairly high system requirements. They each recommend at least an Intel Core i5 CPU and an Nvidia GeForce GTX 1060/ AMD Radeon RX 480 or greater video card.

Both systems use what is referred to as ’outside in’ tracking. This means that the space to be used for your VR experience is covered by external base stations that use infrared to accurately track position and motion within that defined space, and to warn users if they are stepping out of it.

When it comes to VR software, things get a little messier. Officially, Oculus Rift owners access content from the Oculus Home store, while Vive owners go through Valve’s SteamVR store. However, both stores tend to have significant title overlap (with some exclusives), and it’s also possible for the two competing VR headsets to access content  through each others’ stores (although third party help is sometimes needed to make this happen).

You can read my review of the HTC Vive for an idea of how well these systems do with virtual reality and what’s involved in setting them up.

Microsoft launched its Windows Mixed Reality platform last fall. It was included in the Fall Windows Creators update, and in partnership with leading PC manufacturers who released affordable headsets and controllers that support WMR standards.

While the headsets may look similar to the Oculus Rift and HTC Vive, there are key differences. The lenses of WMR headsets have slightly higher resolution (1440 x 1440 pixels), but they are LCD panels instead of OLED. The net result is a slightly more detailed view, but one that’s not quite as bright, more prone to motion blur and with a slightly narrower field of view.

WMR has lower minimum PC specs than VR competitors, but … running WMR from a PC that just meets those minimum specs is likely to result in a lower refresh rate, which compromises the virtual reality experience and can cause motion sickness. Stick to the recommended specs (a GeForce GTX 1050 or greater video card) and you get ‘WMR Ultra’ performance with a full 90Hz refresh rate.

Windows Mixed Reality headsets also offer the advantage of a single cable connection to the PC (it’s split on the PC end for HDMI and USB). That makes for a much less noticeable tether than the multiple cables other VR headsets require.

One of the key differences between WMR and other VR platforms is Microsoft’s decision to use ‘inside out’ tracking. The WMR controllers are studded with LEDs, which are tracked by the headset itself. That means no base stations to position and calibrate, saving setup time and making it easy to move your virtual reality session to wherever you happen to have room. The downsides to the approach include losing track of hands behind your back, and needing to look in the general direction of your hands in order to pick something up in virtual reality.

WMR headsets also have several integrated cameras. That’s because the ultimate goal of Windows Mixed Reality is to eventually offer actual ‘mixed reality’ options, with virtual objects overlaid on top of the real world view. That capability is not there yet, but when it arrives, WMR headsets will be ready to deliver.

Officially, WMR-compatible software is available  through the Windows Store, but there’s a relatively thin selection compared to what Vive and Oculus Rift owners can choose from. However, WMR is now offering SteamVR support in an Early Access preview. When that functionality becomes official, it will open up a much wider selection of content for Windows Mixed Reality, with 2,000 additional titles.

Microsoft’s goal with the WMR reality approach was to make virtual reality affordable and accessible to more people, and to offer a choice when it comes to headgear. All manufacturers have to adhere to basic specs, but you might prefer the futuristic look of an Acer headset to others, and with WMR you have choices without worrying about compatibility.

I’ve reviewed a few WMR headsets over the past month if you’re interested in reading more details, including the HP headset and a set from Acer.

Of course the whole virtual reality landscape will be shaken up again later this year, when the HTC Vive Pro (revealed at CES 2018) arrives, with its enhanced resolution and optional wireless operation. In the meantime, Best Buy has all the latest WMR and VR headsets, controllers and accessories for your virtual reality adventures. 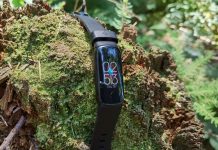