Canada’s Kobo has a well-deserved reputation for designing eReaders that appeal to hardcore readers. People who don’t just pick up a book when they’re on vacation, they read all the time. And they interact with the book, jotting notes in margins. Scrawling ideas as they come. The new Kobo Elipsa is the ultimate eReader for these readers. It’s also aimed squarely at anyone who wants the convenience of being able to mark up a digital document without worrying about battery life or glare. It can even replace the notepad. Not the app you type in, but the paper version so many people still prefer to write in using a pen. That’s because the Elipsa combines a super-sized 10.3-inch E Ink display with a digital stylus.

Hardcore readers loved the Kobo Forma and its biggest-in-class 8-inch display. The Kobo Elipsa takes big screens to the next level with a 10.3-inch display. It’s tablet-sized, but at 7.6mm and 383 grams, it’s thinner and far lighter than most tablets. The Elipsa display is an E Ink Carta 1200 touchscreen with a resolution of 1404 x 1872 pixels (or 227ppi).

Because it’s E Ink, the display is glare-free and looks just as good outdoors in the bright sun as it does indoors. And naturally, it delivers stellar battery life.

The Kobo Stylus is an eReader game-changer. This pressure-sensitive, active stylus opens up all new ways to interact with eBooks. You can make notes, circle words, and highlight sentences. Not just with eBooks, but also with digital documents including (unlocked) PDFs.

However, the Kobo Elipsa isn’t limited to marking up existing text. It has a built-in notebook feature so you can use the eReader as a digital notepad. If you want to share a note with colleagues or classmates, you can export it in their preferred file format.

Add the Elipsa SleepCover and you have a Pack

The Kobo Elipsa SleepCover is much more than protection. It puts your eReader to sleep when you close it, and instantly wakes the Elipsa when you open it. The SleepCover can also be adjusted to perfectly position the Elipsa for reading or writing notes, and it provides storage for the Kobo Stylus.

The Kobo Elipsa eReader, Elipsa SleepCover, and Kobo Stylus are sold together as the Elipsa Pack.

Everything you like about a Kobo eReader, but better

The Elipsa includes the features that have helped to make Kobo eReaders so popular. This includes ComfortLight screen lighting, Wi-Fi connectivity, easy access to the Kobo eBookstore with over 5 million titles to choose from, and integrated OverDrive support for borrowing books from the library.

How do I get my hands on a Kobo Elipsa?

Kobo just announced the Elipsa on May 20. However, you can already pre-order this innovative new eReader now at Best Buy. It comes as an Elipsa Pack, with a SleepCover case and the Kobo Stylus. Everything you need to read, make notes, and be creative, in a single pack. 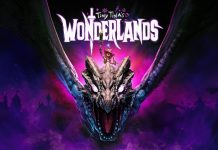