Amazon has finally turned on the lights for its entry-level Kindle eReader, letting you read eBooks at night and in the dark anytime you want.

Kindles have become synonymous with reading eBooks, but for the last few years, Amazon has forked the lineup into three distinct eReaders. The Oasis is the top-of-the-line, with the Paperwhite the middle ground. This one here is the “all-new” Kindle, but is really just Kindle. It’s the starter model, made for people who want the chance to read, but don’t need all the bells and whistles.

That’s not to say Amazon didn’t make a difference this time around. The biggest of them all is probably putting in four LEDs to illuminate the display. Prior to this, the Paperwhite and Oasis were the only Kindles that could do that.

The one exception is that this Kindle has four LEDs, whereas the Paperwhite has five. The Oasis has 12. Mind you, comparing this to the Oasis isn’t fair because that eReader is loaded with a variety of different features and functions. The Paperwhite, especially last year’s model, is the more apt comparison, but the gap is closing between the current models, too.

The 6-inch E-Ink Carta display is the same, more or less, from previous models, except it may have more in common with past Paperwhite versions. Pixel density is 167ppi, which is just over half of the current Paperwhite, which is 300ppi.

The display is also surrounded by raised bezels—something the Paperwhite doesn’t have. There are also no page turn buttons, nor a waterproof body. Aside from the microUSB charging port at the bottom, plus the power button, there are no other buttons or inputs.

This Kindle is only a tad slimmer than its predecessor. It’s mostly negligible, but I reckon most adult hands will be able to hold it with one hand. It’s not always the most ergonomic feel, though, and for that reason, it probably will need two hands on occasion.

Notably missing from the Canadian version of this Kindle is Audible, Amazon’s audiobook platform. It works in the United States, and whether or not it can work on Canadian models is unclear. The U.S. Kindle has Bluetooth support to hear the audiobooks, and that feature wasn’t available in the review unit I had.

There is 4GB of internal storage, which is plenty for eBooks, unless you’re a voracious reader with a massive library. Start downloading books in batches, and you will see that number start to lower to a less manageable level.

Setting up the Kindle shouldn’t be difficult, though I have known people to struggle with it sometimes. The main thing to do is log in with the eReader using your Amazon account. If you’re moving on from a previous Kindle, Whispersync will carry over your library, along with annotations and wish list.

The Kindle’s layout and interface is the same as other Kindles, save for whatever features aren’t available. Goodreads is available, adding its database and community to discovering and learning about other books, even if they aren’t available for the Kindle.

Beyond eBooks, you can send compatible documents to read on the Kindle. There are nifty ways to do it, including via email, and the list of supported file formats has gotten longer over the years. It includes Word documents, RTF, TXT, PDF, and HTML. Even images will work, so long as they are in JPEG, PNG, BMP or GIF.

Reading on the Kindle

I think it’s subjective as to how sharp text is on this Kindle. The lower pixel density was more obvious to me when looking at book covers and thumbnails. Maybe it’s just me, but after having used the Oasis and Paperwhite, I couldn’t miss the lack of detail in that regard.

But when it came to actually reading books, the text didn’t bother me. It was fine, and whether it was on a bright day or in dim lighting before bed, it was visible throughout. Even the lighting, which was certainly not as bright as the Oasis, was not that far off from the Paperwhite. The light isn’t dynamic, so it won’t change relative to the ambient light around you. You have to do it manually.

There’s also no blue light filter, which is something I became accustomed to on Kobo eReaders. Again, this is probably subjective, but I prefer a yellow or orange light in the dark.

Also evident is this model’s slower pace. Menus and pages open with a noticeable transition. At times, I had to tap twice to turn a page or make a selection. Ultimately, they were minor issues that never truly hindered my reading experience. I suspect you would feel the same way if you’re simply looking for a way to read books on one device that isn’t a tablet.

Over time, I expect storage to become a challenge. The eBooks are one thing, but once I started using Goodreads and loading up external documents, space was something I had to consider. I never came close to using up the 4GB, but I could over months and years. Storage was never something I worried about with the Paperwhite (8GB) or Oasis (32GB).

Amazon rates the battery to last up to a month based on an average of one-hour’s worth of reading each day. That doesn’t account for browsing through the Kindle store or Goodreads, nor how bright the LEDs are. Despite that, I never saw a precipitous drop in battery life during my weeks of testing. Yes, it did go down, but it wasn’t dramatic. If you were reading an average of two hours per day, you probably would have to charge it again after two weeks.

The all-new Kindle is the eReader for everyone, and is probably the best value because of the LEDs. It lacks what the other two Kindle models offer, which is partly the point. The Paperwhite isn’t a great deal more expensive, so if waterproofing and a flush screen design is important, spend extra to get that.

Using this is simply about reading. It’s not as attractive or feature-focused as the Paperwhite or Oasis, so if you’re okay with that, you will be fine reading on it.

The all-new Kindle is available now in black or white. 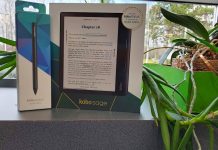 CES 2022: Control home appliances from one place with the Samsung Home Hub 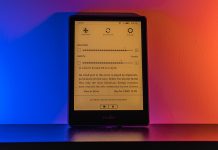