Nextbase showcased its newest—and clearly smartest—dash cam on the show floor to increase road safety and anti-theft awareness for your vehicle. The Nextbase iQ isn’t entirely new, since the company first unveiled it last year, only the product was further from completion. Now that it’s close to launch on the market, I got all the goods on what it can do for drivers and car owners. The Nextbase iQ bears little resemblance to previous models, like the current flagship 622GW, and that’s largely because it has new components in it. Chief among them would be the AI and connected features that make this much more than just a dash cam.

To start, there are two cameras—one facing out to the road at a 170-degree angle, the other facing the cabin at a 190-degree angle. You can also connect a third camera to the rear window to give you a clear view behind you. The iQ can record at 4K resolution and comes with enhanced IR to improve night vision on all sides. As you would expect, it records to the memory card you slot inside, and connects to the Nextbase app on iOS or Android.

The iQ will have an LTE modem inside, enabling it to stay connected at all times when it can get a signal. Given its antenna is stronger than the average smartphone, it should be able to avoid lag or hiccups while driving, unless you’re driving in a total dead zone. Nextbase announced it will partner with U.S. carrier T-Mobile to provide coverage throughout the U.S. and Canada. This will have nothing to do with your own phone’s carrier. Nextbase will charge a subscription starting under $9.99 USD/month to turn on all the connected and smart features.

Since the iQ has no screen, your phone can act as the screen to see what it sees. That also means a parent could theoretically tap into a live view if their teen is driving the car—a privacy issue that I’m sure will go over well at home.

The connectivity enables the iQ to update on its own over-the-air. There is something called DriverAware, which uses the cabin-facing camera to look for drowsy or distracted driving, though it’s hard to tell how effective it might be. But there’s a lot of potential here. Guardian Mode has anti-theft in mind in that it not only activates when it senses physical contact with your car, it also has a proximity sensor inside. That means it could alert you if anyone is loitering close to your car or peering through the window. Check the app and you can see what’s happening through the cameras. It also lets you track where the car is at all times. If it was taken without your permission, or worse stolen, then you could see where it’s going. If thieves disable the camera, it will have already recorded from when they entered.

Witness Mode is a way to protect yourself and loved ones in case something happens. One example Nextbase gave to me was of a teen getting pulled over by police. The driver could tell the camera to begin recording the cabin by voice command, capturing the entire interaction with the officer. Moreover, the built-in speaker would allow a parent to speak through the iQ and inquire about why their loved one was pulled over. Another example would be in case of a collision, though the iQ can send out an emergency SOS when a collision takes place and there’s no response from the driver.

The proximity sensor also works while driving, warning you if you’re too close to another motorist. Newer vehicles have built-in sensors for that sort of thing, but this sounds like a cool way to retrofit cars that don’t. It can also help make parking easier.

Despite being in development for some time, Nextbase confirms the iQ will come in spring 2023. You can see what the current line of dash cams are like, and see the latest tech coming out of CES 2023. 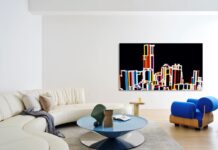 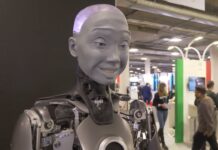 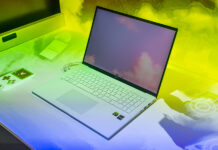