The myGEKOgear Owlscout Dash Cam is a new entry in a line of cameras that aim to provide high quality technology at an affordable price. The Walnut, California based company says as much on their website and Twitter account. This camera is now available at Best Buy, and I’m going to talk about its features and my experiences with it in this review.

The Owlscout is a dual recording, two camera system in one pint-sized package. The front packs your standard 1080p forward facing camera, while a small camera on a swivel mount captures footage from inside the cabin of your vehicle. GEKO touts this as being rideshare friendly, and indeed it is nice for the camera to be included on the main unit itself and not an additional purchase or another thing to mount elsewhere in your vehicle.

Both cameras record in 30 frames per second (FPS) in 1080p. The camera also has a built-in timestamp feature, GPS marking capability, Sony Exmor Night Vision, a G-Sensor to detect and record after motion incidents, and Continuous Loop Recordings of up to 10 minutes. GEKO even provides a 16GB MicroSD card (and an adapter) so that you don’t have to go out and buy one and can get started right out of the box.

All of your footage will be stamped with the date, time, and your GPS coordinates. I didn’t see it mentioned anywhere, but the Owlscout captures and stamps your speed as you drive too. In the video review, it’s left to the default of MPH.

Best of all, the camera comes with an accompanying app! Those of you that have read my previous dash cam reviews know that I’m a huge fan of cameras with mobile apps, and this one has a free download from the iOS and Android app stores. While there was a QR code link to the app on the back of the box, it didn’t work. However, it’s a quick download from the store.

One thing to bear in mind here is that there are no additional ports for add-ons like a rear view camera, so what you see is what you get in this package deal.

The camera operates in temperatures ranging from -10 all the way to 65 degrees Celsius.

Unboxing and setting up the myGEKOgear Owlscout Dash Cam

The unbox of the myGEKOgear Owlscout Dash Cam is pretty simple. The camera is already put together and in one piece, as is the suction mount. You’ll also receive a small Micro USB cable, as well as the charging cable, which plugs into your 12/24V (aka cigarette lighter) port.

The camera is fairly plug-and-play, so you can literally click the memory card into the side port, mount the camera, and turn it on. It’ll automatically start recording, though you’ll probably want to set up your recording features and time stamps first, otherwise it will sit defaulted at January 1st 2017 until the end of time.

There is onboard formatting on the camera itself in case you bring your own microSD card and need to format it for use. This camera supports up to 64GB of memory, though I’d recommend FAT32 partition formatting it prior to use.

Setup for the camera is going to take a bit of getting used to as the menus aren’t as simple as you’d think. Have your instructions handy to guide you through which button on the interface does what, and you’ll be fine. The menus allow you to set up continuous loop footage of up to 10 minutes, along with a couple of different recording features, G-Sensor sensitivity, and sound recording. You can turn sound on or off if you wish, though you’ll probably want to leave it on by default since there isn’t much to tinker with and change.

Lastly, GEKO promises lifetime firmware updates for as long as you own this camera. Check their website regularly and you’ll be notified of any updates to improve camera performance in the future.

The camera LCD screen will shut itself off while you drive so that it is not a distraction, but rest assured that it will continue recording to your specifications.

The mount for the myGEKOgear Owlscout Dash Cam is both its best and worst feature. The mount itself is a reusable adhesive suction cup. That’s fantastic news because unlike the single use adhesives, you can reliably test where you want your camera to sit over and over again. The camera simply slots into the top clip and snaps in. From there, you suction the mount onto your windshield.

Unfortunately, the mount is extremely fragile. There is a top release mechanism that you push in to slide the dash cam out. Somehow, with very little force, I broke this clip off. Judging by how clean the break was, I’m not sure if this was supposed to be as designed, but it caught me by surprise.

The mount is also a ball swivel too, which you can tighten and loosen. It’ll be very loose when you first hook it all up, so be sure to tighten it. At its loosest, a tight turn will cause the camera to swivel based on its weight, so make sure it’s firm in place prior to use.

Watching your dash cam footage can be done in a couple of ways. You can plug the camera into your computer with the Micro USB cable to offload or watch file footage (it’s recorded in MP4 by default, so fairly industry standard), watch it directly on the camera itself, or watch it through GEKO’s mobile app. Connectivity to the mobile app is the quickest and easiest I believe I’ve experienced, and the local Wi-Fi connection was so strong that I could watch myself on my phone in near real time with little latency and delay. This is a stark cry from what I’ve experienced with other cameras that have slow download and access speeds and a fair bit of latency. I’ve also recorded parts of my review inside my car on the in-dash camera.

While the footage is very clear, very crisp, and does exactly what it’s supposed to do, recording capabilities will be where you’re reminded that this is a fairly budget conscious camera. Other cameras offer numerous recording options, including some in 1440p and 60 frames per second captures. While 1080p / 30 FPS recording is nothing to sneeze at, there are lots of options out there with higher quality recording capabilities if that’s what interests you the most.

Should I buy the myGEKOgear Owlscout Dash Cam?

The myGEKOgear OwlScout Dash Cam is a pretty entry-level camera, and when looking for one, you should keep this in mind.

It has a lot going for it that is great. First and foremost, the price point is nearly unbeatable for a single encased dual camera system—and one that also comes with a memory card to boot.

The setup is very easy, and the existence of and connection to the mobile app is also a huge win. This camera also has the longest continuous loop capabilities I’ve ever seen, and the fact that you don’t really have to tinker with it to get it started is great.

The fact that it has a really good night vision system for the in-dash / cabin camera is good as well. This is a really good wide-angle option for ride share operators that want something that records inside their vehicle.

That said, there are some things that aren’t going to be desirable to those seeking a more advanced solution. Many cameras nowadays offer flexible recording resolutions and frame rates, and this one doesn’t, so if you’re looking for 60 FPS recording, or 1440p resolution, you can bypass this one.

The user interface on the camera itself isn’t really all that great either, but it’s something that you’ll probably get used to over time. While not a major detriment, the fact that the highest memory card supported is 64GB might be a turn-off for those in the car a lot of the day—especially if you do it for a living. 64GB should give you about 6-8 hours of recording, but if you’re the type of person that wants that 12+ hour window, there are other cameras out there that support as high as 128GB.

Overall, the myGEKOgear Owlscout Dash Cam is top quality bang for the buck, and I’d recommend it to anybody that wants a pretty simple and easy to use interface. Overall connectivity and usability ranks up top with any great dash cam I’ve reviewed, and I would buy this in a second for my mom or dad, but those seeking a fancier recording experience (with features like Advanced Driver Assist) and who have a bigger budget are better served looking for something a bit more advanced.

The myGEKOgear Owlscout Dash Cam is now available at Best Buy and online at BestBuy.ca 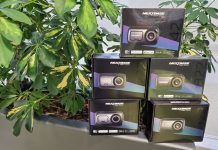 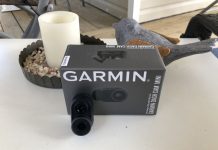 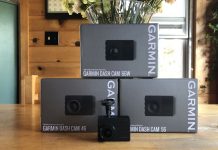