Best Buy is well-known across Canada as a great destination for technology and a great destination for contests. As such, we are celebrating our 20th anniversary in Canada with a little nostalgia and a lot of prizes. Look at the image above … is there something in that selection that you would like to see in your home? Well, this contest will not only give away a great prize on each day of the contest, but the grand prize will include everything you see above … and more. Read carefully to learn how to enter: unlike most contests announced on the blog, you will have to enter on Instagram, not in a blog comment below.

Technology has changed a lot in the last 20 years

Imagine a world twenty years ago when almost no one had a smart phone, smart home technology was extremely limited, and photography mostly required a development studio to reveal what had been captured. Here are some fun facts about tech innovations that affected what was available at Best Buy in the past two decades:

There are hundreds of tech milestones over the past 20 years and Best Buy has been here, making them available to Canadians. Think about how much tech has changed in your life then enter this contest for a chance to win amazing prizes.

As I said at the top of this article, this contest is different from most that we run at Best Buy. Best Buy will post one tech feature per day on the Best Buy Canada Instagram page during the Contest Period. To enter the Contest, make a comment under a posted tech feature (on Instagram), describing your memories of using either the posted tech feature or any other similar tech. For the comment to be a valid entry it must be made

The contest will run from October 8th until October 27th.

Good luck to everyone! 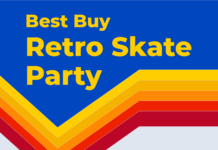 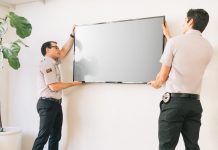