There are a lot of different ways you can cook in your kitchen, and I mean a lot: from stoves and convection ovens to microwaves and crockpots, the choices are limitless. Because there are so many different appliances designed for so many different purposes, you have to be choosy about what takes up your kitchen real estate.

But as I found out while testing the Philips Avance Multicooker, some small appliances may only take up a tiny spot on your counter, but they make a huge impact on how easy it is to go about day-to-day tasks.

The Philips Multicooker is about the size of a small crockpot. I’m always rearranging the utensil holders and appliances on my counters, and it fits in the small space I gave it very neatly. If you’d like to tuck it away out of sight, it takes up very little cupboard space because of how small and compact it is. When I first received the Philips Multicooker, I wondered exactly what a multicooker does. As I found out, it can do a little bit of everything and it does it really well. To use it, all you have to do is unpack it from the box, place the ceramic pot inside the multicooker, and plug it in.

The Philips Multicooker can melt, boil, stew, roast, fry, or make yogurt. If that’s not enough for you, it’s also a handy way to prepare different kinds of desserts. Yes, I know, it might seem far fetched but I put it to work for a week making a ton of different dishes and I guarantee you, it does everything it says it can and a bit more.

Designed with a 4 litre ceramic pot and smart heating technology, you can cook right in the pot just like you do on the stove. It melted butter just as quickly as my stove did, and when I used it to cook chicken, I didn’t have to worry about overcooking or burning on because you can use a preset program.

There are 10 presets in all including oatmeal, slow cook, bake/roast, and soup/stew, and brown/saute. If you want to perform a certain task, like melting butter or frying chicken, just hit the preset and when the time is up it will turn on the warming feature. Being able to throw the ingredients in and walk away for awhile is a huge plus in my books, and you can also use it like a crockpot in that you can set the timer, get everything ready, then have it turn on when you want it too. That’s a great option for stews or soups you want to start cooking or warm up before you get home. Normally I melt the butter in the microwave on or the stove, but we used the multicooker to make the base of the crust right in the ceramic pot. I was shocked with how quickly it melted butter, and we easily put together the ingredients for the crust, then popped it all in the fridge to cool.

Next up was Quinoa. Although not as much of a favourite around here as Nanaimo bar, what I loved about the Multicooker was how quick and easy it made Quinoa. I’ve always made it in the rice cooker, and although it turns out OK, I’ve tried a friend’s Quinoa and wondered exactly what I did wrong.

To tempt the kids into trying Quinoa again, I tried this Cheesy Broccoli Quinoa recipe and modified it for the Philips Multicooker. It turned out perfect. Combine broccoli, broth, and quinoa in the Philips Multicooker; bring to a boil using the broil function. It will run for approximately 4 minutes, and when it’s finished touch the Quinoa function. When the time is up, stir in cheddar cheese and keep warmer on until you’re ready to serve.

I also wanted to make one big meal in the multicooker so I tried the taco recipe found in the included cookbook. What was great was that you could brown the chicken right in the pan, so although it does the same job as a crockpot would do, you can actually eliminate a step and use one pot to do everything. After browning the chicken, I added the other ingredients and let it simmer for about an hour, adding spice when I checked on it. The tacos turned out great, and we used the warmer function so the filling stayed warm while we came back and forth to make with more shells. Cleanup is where the Philips Multicooker really shines. There literally is one pot to clean and that’s it, and you can pop it in the dishwasher or wash it by hand. Philips has included two small utensils you can use to stir, scoop, and sauté, and they clean up quickly and easily too.

I didn’t know what to expect from a multicooker because I’ve never used one before, but I was really surprised at how versatile this small appliance is. It covers so many different bases when it comes to cooking, it would be hard not to reach for it first when you’re about to make a meal. I can’t help but think that this would be a great appliance to take along for trailer camping or road trips too. Because it can fry, melt, or cook anything, it’s essentially a portable stove and as long as you have electricity, you can use it anywhere.

Because of the presets, it also takes the guesswork out of cooking. You literally can’t ruin a meal, because once it’s done, it turns itself off.

I might not use it for creating desserts because I rely on my stand mixer for mixing, but I’d reach for it for one-pot meals and quick frying because it does those tasks really well.

In terms of kitchen real estate, I’d definitely give up space on my counter for the Philips Multicooker. I like having one go-to appliance for everything. It also made me want to try out different dishes on busy weeknights, and because it’s all done in one pot, everything I made was quick and easy.

Want to see what all the multicooker fuss is about? The Philips Multicooker is available in small appliances on Bestbuy.ca right now.

You may be interested in these other great appliances from Philips: 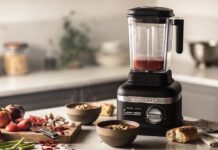 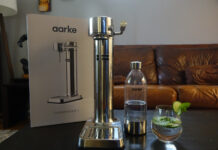 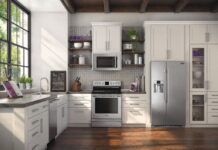 How to get more from your appliances in the fall