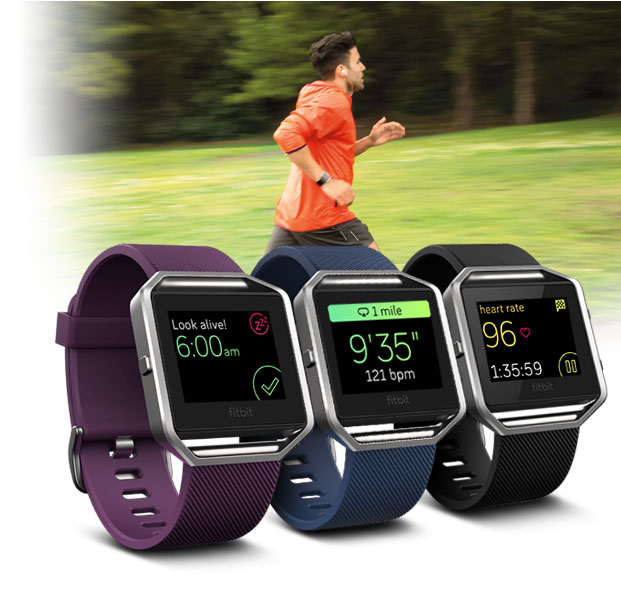 I’m all for the continued advancement of technology, however sometimes I think we’re advancing a little too fast for my liking. A great example of what I’m talking about is the speed at which new upgraded products are hitting the market. For instance, this past Christmas my wife was hinting pretty heavily that she wanted a Fitbit fitness tracker watch. And by “hinting” I mean she looked me square in the eye one day in late November and said, “I want a Fitbit watch for Christmas.”

So, after interpreting those subtle clues, I did what any husband who wants a hassle-free marriage would do … I bought her the best Fitbit on the market. The model she found under the tree on Dec. 25 was the Fitbit Surge, a fitness tracker/smartwatch hybrid. She loved it (and why not? She asked for the darn thing!) and thinks it is one of the best gifts she’s ever received. However, not two months later, the company now has a new, supposedly better fitness tracker/smartwatch hybrid out there, called the Fitbit Blaze. But is it a real improvement? I take a look at the new Fitbit Blaze, to see if perhaps I should have ignored my wife’s hints (at my peril) and waited until now to pick one up for her.

If you’re one of those folks that takes exercising and health seriously, or you want more personal information about how your workout is, er … working out, then you should look into the various Fitbit devices out there. There are cheaper clip-on and wristband Fitbits (the Zip and Flex, respectively), which only offer a couple of basic features such as a clock and the ability to track your steps and calories. Then there’s the Fitbit fitness trackers with enhanced functionality like the Charge, Charge HR and Surge. Until the Blaze came out, the Surge was the top-of-the-line model, offering tons more than just the basic tracking, including sleep and heart-rate monitoring, GPS tracking, automatically recognizing that you are exercising, plus some smartwatch features like controlling (through Bluetooth connection) the music on your phone and getting text notifications. 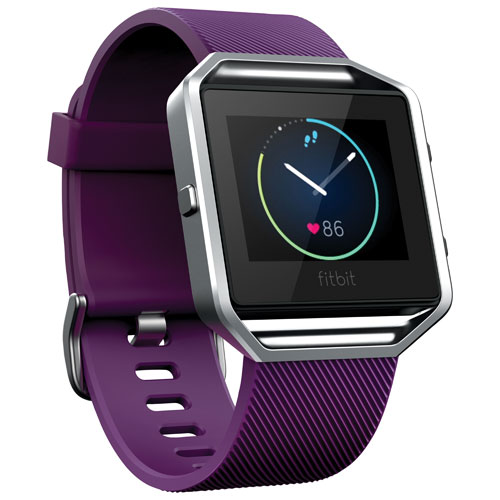 As I stated earlier, my wife loves her Surge, however there are a couple of things that do bug her about the product. The first is that the rubber wrist band of the watch/tracker is attached as one piece to the device itself. That means if the band breaks, you have to replace the whole thing or send it away to be replaced as a whole. That band, matched with the decidedly sport-focused design of the Surge means it really isn’t something my wife wants to wear out to the office or a fancy dinner. I think Fitbit figured out that people only want to have one device that they wear on their wrist, so they developed the Blaze to be that all-in-one fitness tracker/smartwatch combo (although Fitbit calls it a smart fitness watch, and not a “smartwatch” proper). It has all the features of the Surge (except, interestingly enough, the GPS tracking feature … but it can use your phone’s GPS anyway), like monitoring all your steps, calories, heart and sleep-rates, plus the text notifications and access to your smartphone’s music library. It also offers a colour touch screen (where the Surge is only monochrome), and more importantly, a new bold design that’s more office chic, featuring a variety of different straps available that the Blaze can be quickly snapped into. It looks to be thinner than the Surge (and the Apple Watch—the Blaze’s obvious main competitor), and would look good in the gym or out on the town. I’ve also read that the Blaze (launching in Canada in just a few days!) has a longer battery life and improved heart-rate monitoring. 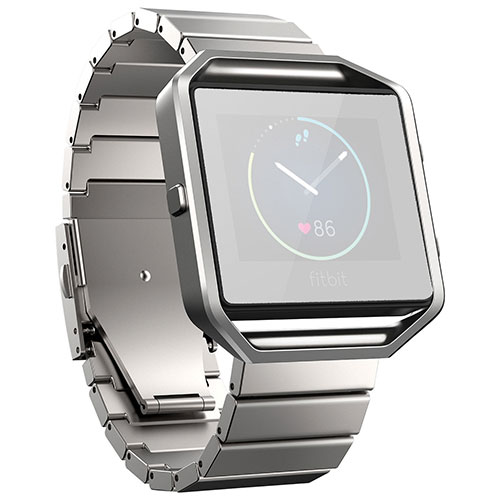 Time for a Blaze?

When it comes to fitness trackers in North America, Fitbit is pretty much the biggest and most recognized name out there. The new Blaze looks to be the prettiest and most versatile device in the Fitbit brand. Personally, I don’t work out enough to track anything. However, if you’re serious about your exercise regimen and getting lots of analytics on your fitness—and lots of people are—then you’ll get a lot of use out of the Blaze. With her Surge, my wife always knows how many steps she takes in a day, her resting heart rate and sleep patterns, and she’s even used some apps to get coaching and personalize a workout. She also now answers her texts more regularly (that solves one of my pet-peeves!) because they’re coming in on her wrist now. After showing her the previews, specs and pics of the Blaze, my wife said she wouldn’t want to trade in her Surge. For her, the Blaze didn’t offer anything substantially new to warrant a change. However, she conceded she would choose the Blaze if she didn’t already own a Fitbit.

I don’t think the company has anything to worry about though … I think the Fitbit Blaze will sell just fine. Which Fitbit is your favourite?  You might also want to consider another new model that Fitbit just introduced, the Fitbit Alta—but that will require a whole other blog article (fortunately my colleague Stacey !).