The largest annual tech showcase in the world is going virtual this year from Jan. 11-14, but vendors are still committed to unveiling the latest and greatest technology at CES 2021.

For the first time since it started in 1967, CES won’t be taking place in a convention space with attendees. Usually, the annual event happens in Las Vegas, and has become the penultimate show for brands around the globe to introduce new gadgets and concepts, attracting thousands of vendors and around 180,000 industry professionals.

When those vendors unveil something at the show, there’s a good chance it ends up coming to market. Other concepts and prototypes might not, but are there to show what’s possible. With no one in attendance in person, there may be more of an emphasis on the tech you can actually get your hands on this year.

Over 1,000 companies will exhibit for the all-digital show, and here is some of what you can expect:

There are a few things converging on the TV front that makes this an interesting time. First, there is a slow roll toward 8K. You have probably already seen 8K TVs in stores, yet not much content. That’s okay because there’s plenty on the 4K side that could also benefit from 8K upscaling. Sony and Microsoft recently launched their respective next-gen game consoles, and TV manufacturers have been paying attention.

MicroLED technology may be the closest LED TVs get to replicating what OLED TVs can do. The miniaturized LEDs are microscopic to essentially be the pixels themselves, thereby competing directly with OLED. Samsung already showed this concept at CES 2018 with “The Wall”, and now looks poised to finally launch it as a TV, with a monster 110-inch likely leading the way. Depending on the size of others, it may also let you split the screen view into four quadrants. Gamers and sports fans rejoice!

Look for ATSC 3.0 tuners and HDMI 2.1 ports to streamline further in 2021. This show usually sets a tone for adoption, and the next generation of free over-the-air TV broadcasts are getting closer to finally going 4K.

It’s not just kitchen appliances, but also anything else that you can use in your home. Smart home products aren’t new, but they’re evolving. Don’t be surprised to see more news come out of this growing category. The big brands, like Samsung, LG and Honeywell will surely join the likes of iRobot, Ring, Philips and others in making a case for digitizing your place.

These things often go hand-in-hand with the wider artificial intelligence (AI) story that’s been an overarching theme at CES the last few years. Will voice assistants move to more varied devices? You can bet on that because we’ve already seen that trend hit wearables in 2020, so integrating the devices you use is one avenue these brands could take.

How wacky things might get is anyone’s guess. Robots figure into CES in interesting ways, and that may be where you see more of the granular ideas coming through. Not just driving cars, but delivering pizzas, cooking foods, serving drinks. Stay tuned and find out.

CES has effectively become a car show unto itself, but this year will be hard to show what’s new. The automotive section at the show has been like an experiential centrepiece for what the industry is working on, only without actually being there, it’s unclear what automakers will actually reveal.

There is a good chance that they will continue to talk about in-car connectivity and integration, presenting upcoming vehicles as roving connected devices. That means your phone, wearable and smart home products would eventually tie into the car in a number of ways. You may have already seen that with Amazon Alexa and Google Assistant voice commands, both inside and outside the car.

Hands-free connectivity and driver safety will be underlying themes throughout. Either way, expect to hear about some interesting ideas that may become reality sometime sooner than later.

This is one area where not being there may be a tougher sell for vendors, but health and wellness are big factors in the tech industry. Smaller companies and startups often tackle health and fitness in interesting ways, but larger brands are ramping up on them, too. And they can vary from wearables tracking certain metrics, to devices you use at home to help literally clear the air.

It’s a hard one to predict because there’s always at least something that throws a curveball into the show. Naturally, with a global pandemic making health the centre of so much in the world, it’s a theme likely to get a lot of attention at this virtual CES.

Don’t be surprised to see more products tailored for remote work situations. The pandemic forced many to experience working from home for the first time, and it’s possible they’ll continue to do so, even part-time, when the coronavirus is no longer a major threat. This is a category that paints very broad strokes, so along with new computers, monitors, keyboards, mice, and other standard office productivity devices, there may also be unique items designed to spur the creative process at home.

Cloud-based solutions may be in there, as well as cameras, cooking gizmos, pet gadgets, and much more. The sky’s the limit, really, because there are so many things that can apply to working remotely. It may turn out to be a pervasive theme throughout the digital show.

Getting ready for the year ahead from CES 2021

For a show like CES, a handful of themes don’t a show make, but these are the ones that should dominate a lot of the headlines. There will certainly be news about the ongoing rollout of 5G network technology and what that could mean for the future. You may even come across some tidbits about streaming services, smartphones, photography and various other categories. And let’s not leave out headphones, speakers, and all things audio.

You can follow it all right here with great CES coverage on the blog. We’ll be looking at the newest tech and giving you the details on what’s coming this year. 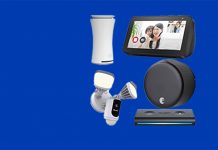 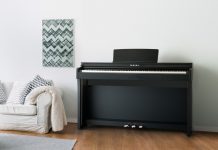 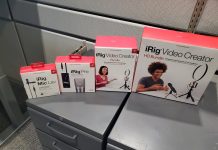