A good controller is a gamer’s best friend, and style, function, and personal preference all play into what makes the perfect gamepad. Microsoft’s latest offering, however, may just corner the market on all three. With impeccable design, gorgeous aesthetics, and incredible customization, the Xbox One Elite Series 2 is far and away my pick for the best controller currently out there.

Right out of the box the Xbox One Elite Series 2 looks and feels great. It has a satisfying weight thanks to the internal battery and quality components that make up its design. Of course, weight is not always inherently in correlation with quality. Nevertheless, it just creates a pleasing sensation, and there’s something to that in my books. 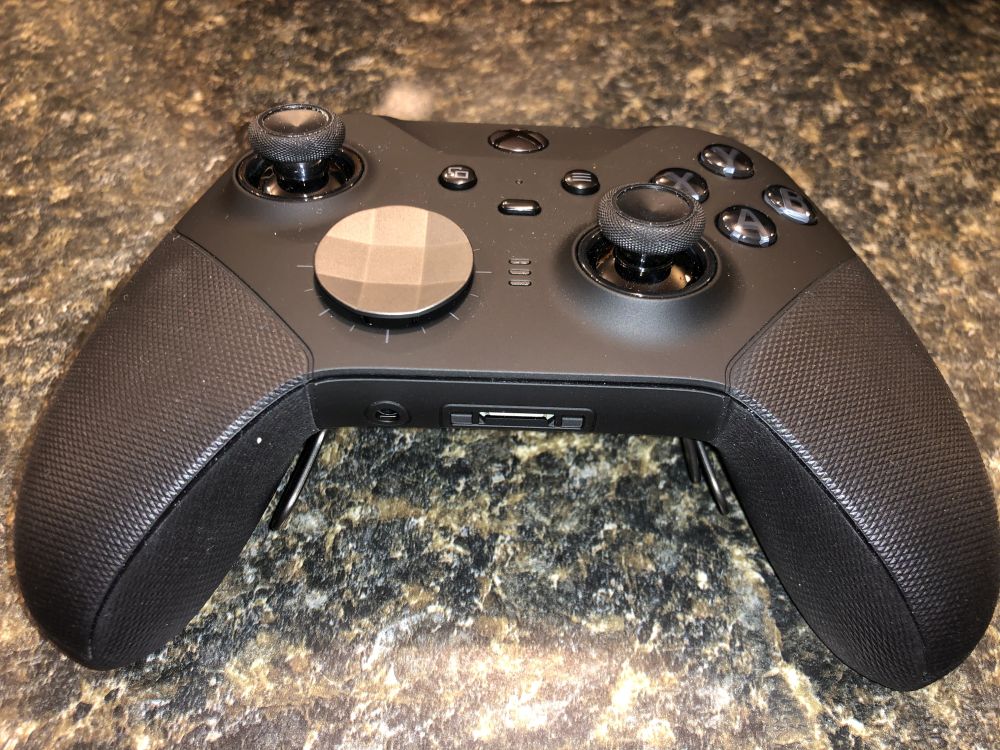 Another improvement on the standard Xbox wireless controller are the textured grips. These are present on both sides of the controller as well as on the trigger buttons. They make the controller easier to hold, and frankly, they just feel better in comparison to hard plastic.

The Xbox One Elite Series 2 only comes in the standard black colour, but it’s a sleek, classic choice. The lack of traditional colours on the letter buttons further adds to the sense of refinement. Surely by now we all remember that “A” is green, “B” is red, and so forth anyway.

All in all the aesthetics of the Xbox One Elite Series 2 are simply outstanding. It looks good, it feels good, and every detail skews in favour of a premium experience. 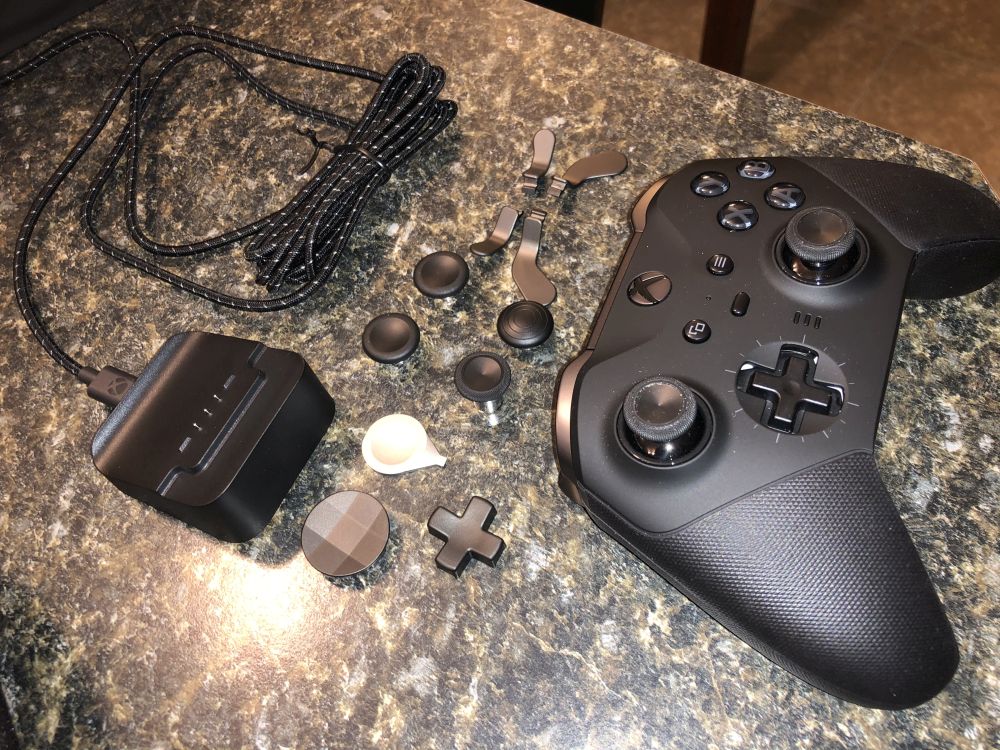 One of the key features of the Xbox One Elite Series 2 is the number of easily swappable thumbsticks, D-pads, and paddles it comes with—each with a unique shape and feel to suit your preference. A set of six thumbsticks includes:

The thumbsticks pop on and off for quick and easy interchangeability, but still sit firm and secure when in use. Similarly, the D-Pad can swap between a standard version as well as a faceted one, and either choice is a step up in performance over most standard controller D-pads.

Additionally, the Xbox One Elite Series 2 comes with an adjustment tool that can actually modify the tension of either thumbstick. This is where the gamepad’s incredible customization features really become apparent. Being able to adjust the feel of the thumbstick movement to perfectly suit your personal preference is an amenity well-worthy of the title “elite”. 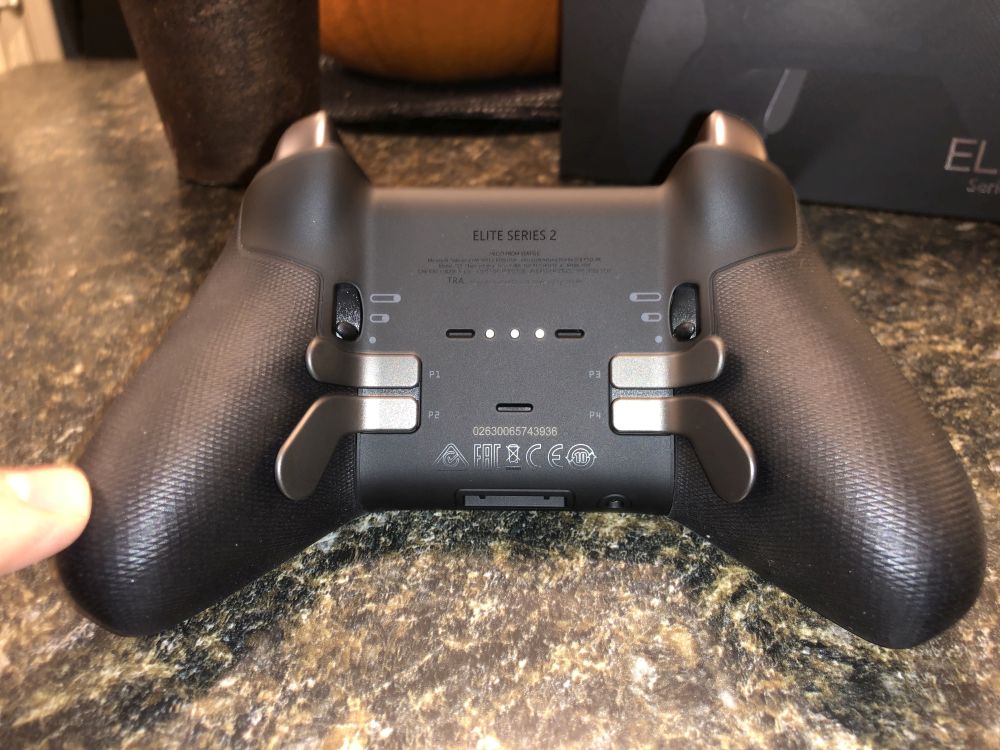 The backside of the Xbox One Elite Series 2 incorporates 4 additional “paddle” buttons. These are another game-changer in the controller’s design. They allow your normally idle fingers resting on the rear of the gamepad to control additional inputs.

By default, these paddles map to A, B, X, and Y. One of the biggest benefits they can offer is allowing players to use those inputs without moving their right thumb from the thumbstick. No more pausing your movement while you thumb over for a letter button input!

I found this particularly useful while playing Gears of War 5. With the rear paddles in action, I was able to make drone commands or choose cover without having to sacrifice the movement of my left thumbstick. Imagine being able to lob a grenade in your favourite first-person shooter on the fly while still adjusting to your next target in real-time.

Of course, if the paddles are in your way, or you wish to remove them for a certain game, it’s a simple matter of popping them off. They lock in magnetically and are easy to remove and replace. 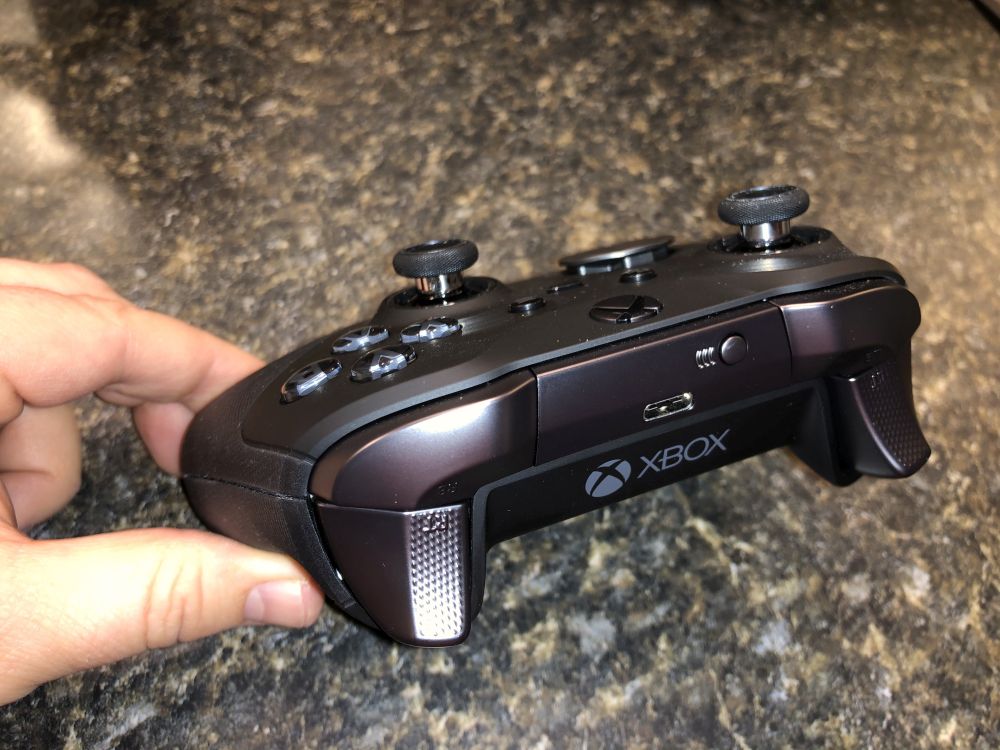 Another incredible customization feature of the Xbox One Elite Series 2 are its hair trigger locks for the LT and RT trigger buttons. Here you can adjust how far down you must press the trigger before it registers an input. Each trigger may be set independently, and there are three different settings.

This means players can essentially set a “hairpin” trigger, firing with just the slightest pressure on the input. The increase in speed can give an edge in frantic fast-paced combat, where getting your shots off more quickly than the opponents can be all the difference between victory and defeat! 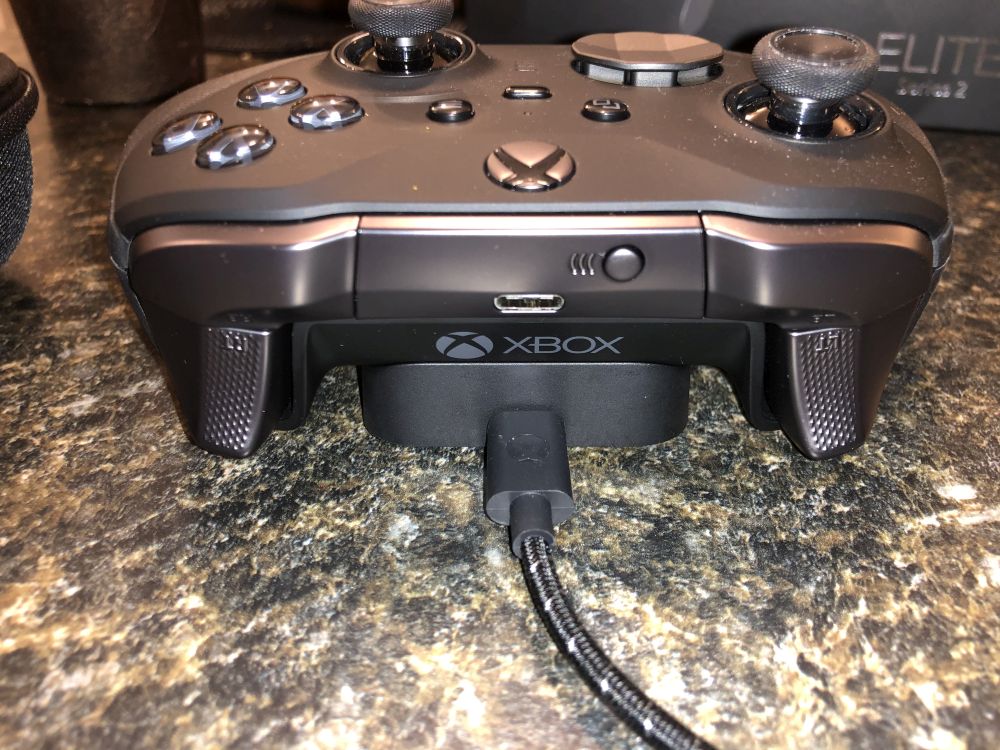 The Xbox One Elite Series 2 can also be programmed with custom button mappings using the Xbox Accessories App. You can shuffle the current mappings around to suit your taste, or even assign voice commands such as “record that” or “take a screenshot”. You can even assign one button to act as a “shift” function, allowing other buttons to have multiple inputs.

The controller can save and cycle up to 3 unique mappings, in addition to the default standard configurations. This means you can have alternate programs for different users or even unique mappings for specific games. 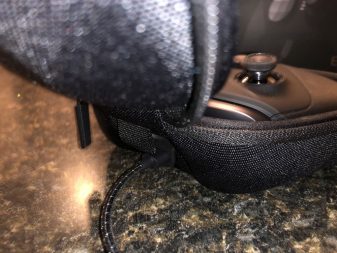 The Xbox One Elite Series 2 contains an internal battery, which can charge via the included USB-C type charger, or placed on its magnetic charging dock. The dock is extremely well-built, and the controller easily slides into a charging position with magnetic assistance. I can honestly say it’s the best charging dock I’ve ever used in both style and function.

The battery itself is supposed to last upwards of 40 hours. In all my extended gaming sessions I definitely never had a low battery experience. I’ll take that as a very positive sign, given that other controllers frequently lose their charge on me.

It comes with a handy carrying case as well, which also acts as storage for the interchangeable controls, thumbstick tool, and charging dock. Even more convenient is the fact that the controller can be charged via dock or cable while resting in the case! 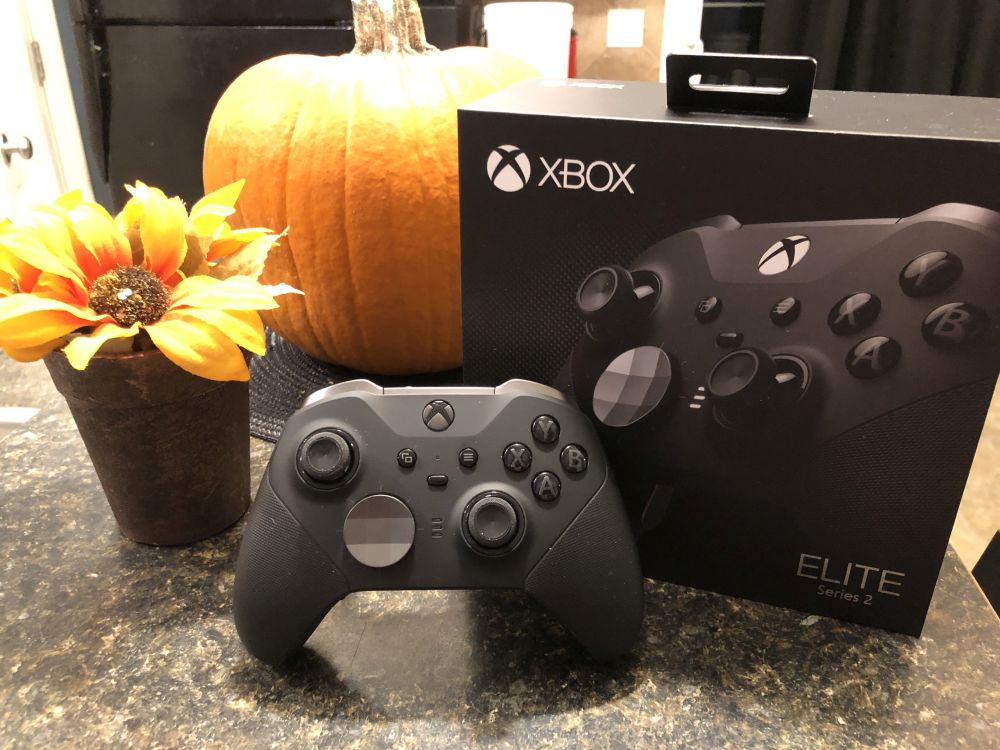 It’s difficult to dispute just how “elite” the Xbox One Elite Series 2 truly is. It comes with a hefty price tag attached to be sure. Still, in my opinion, it justifies itself in every possible way. The epic extent of its customization and ease of use makes it a must-have for competitive players, yet also an incredible experience for gamers of any skill level.

Even considering the vast scope of its performance and premium style, some may still balk at the cost of entry. Regardless, I think anyone who spends enough time with this gamepad will ultimately be very satisfied with the investment. It’s so far above and beyond anything else on the market.

I foresee the Xbox One Elite Series 2 being my go-to controller on Xbox and Windows 10 PC for years to come. Microsoft has already assured players that it will be compatible with the next generation of Xbox console. So for those interested, there’s no reason not to give it a shot and experience all that this wonderful gamepad has to offer.