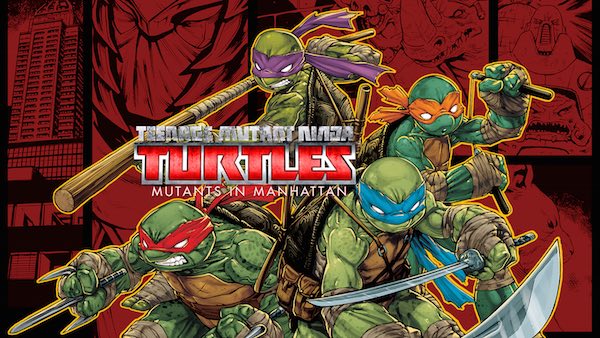 Platinum Games’ last take on a classic animated series was amazing, as Transformers: Devastation was a ton of fun to play. So it was no surprise when they announced a Teenage Mutant Ninja Turtles game in the same genre of a 3D hack and slash. With a new art style and the classic heroes in a half shell, can Teenage Mutant Ninja Turtles: Mutants in Manhattan, deliver the same level experience?

An 80s legacy lives on 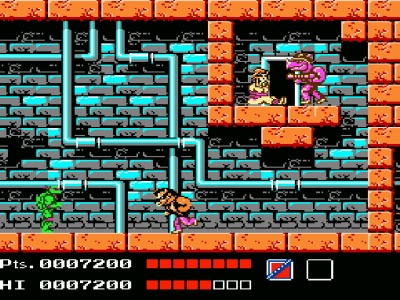 The Teenage Mutant Ninja Turtles are no strangers to both good and bad games. The first game I ever played to feature the four turtles, was an action platformer on the Nintendo Entertainment System, simply titled Teenage Mutant Ninja Turtles, and let me tell you, it was not a great game. Somehow though as a kid in the end of 80s that never bothered me. It had all four turtles as playable characters, pizza, the Turtle Van, the Shredder, the Technodrome and more. However as a game it was totally broken with impossible jumps, constantly respawning enemies, that ridiculously difficult dam level, a completely random final level and I could go on. It was later followed up by Teenage Mutant Ninja Turtle II: The Arcade Game on the NES. This game was 2 player co-op beat em up that captured the spirit and felt like a legitimate game for the series. Later on the next generation of consoles we had arcade ports for both the SNES and Sega Genesis, most people remember the SNES Turtles in Time but I prefer the Sega version called The Hyperstone Heist. For most of us who grew up with the original turtles that about where it stops and the nostalgia ends. However, that doesn’t mean the games stopped; just like the toys, the comics, the cartoons and movies, the TMNT games keep coming. So here we are in 2016 with the latest generation of game consoles and the newest game for our four totally radical dudes, Teenage Mutant Ninja Turtles: Mutants in Manhattan. 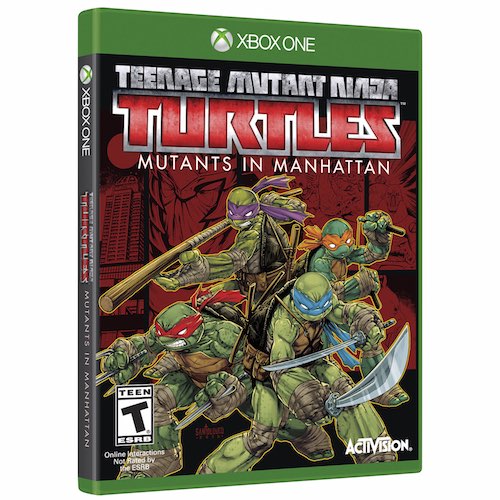 This game is total T.U.R.T.L.E power

First off this game is legit Teenage Mutant Ninja Turtles. The overall art style looks awesome and fits the turtles amazingly. They all look like and sound like proper and unique ninja turtles characters, for example Mikey is still the smallest of the four turtles and all the villains sound appropriately cheesy. Krang with his shrill demands or Bebop and Rocksteady sounding like New York City street toughs. Playing as the turtles we still get to smack countless amounts of the many-coloured Foot Soldiers, all while foiling Shredder and Krang’s plans. Pizza is as usual the standard unit of ninja turtle health, be it in slice of full pie form. The game plays out in the sewers and NYC subway/sewers systems. I could go on with all the things this game hits to be part of the Teenage Mutant Ninja Turtle cannon, but somehow it all seems to just miss the mark in terms of the game as a whole. 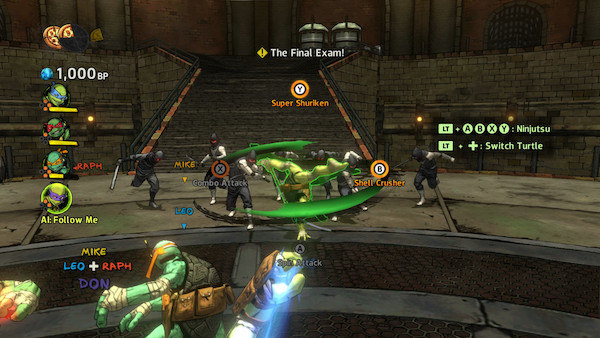 The game could have been so much more

Teenage Mutant Ninja Turtle games have always been akin to a certain genres more than others, however hack and slash games are a great example, that excel under the turtles brand. On top of that PlatinumGames excels at 3D hack and slash games, like Bayonetta and the recently released Transformers: Devastation (check out my review for it here). At it’s core the overall gameplay of Mutants in Manhattan is pretty good, but it lacks any real punch or gimmick that really gives PlatinumGames their special something. It does play a little more like an older beat em up, but that kind of game doesn’t always mix well with more modern mechanics in today’s games and it unfortunately shows with this game. The special move progression just feels tacked on, is rather simple and because it is universal across the 4 playable turtles, it lacks any real depth or strategy.  This is really apparent in just the standard moves available to the turtles, one button for a quick attack and one for heavier attack, you can pretty much mash these buttons and take care of anything in the game on the normal setting.  All the bosses, while being great takes on the classic characters, were all kind of predictable and really lacked any of the real size and awesomeness that PlatinumGames bosses usually offer. 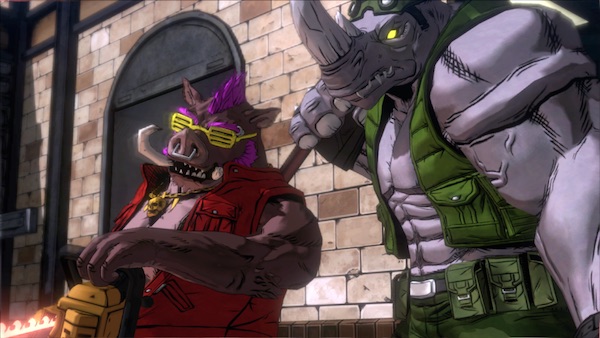 All the levels are classic turtles locations, like sewers, the streets of Manhattan and so on, but they are not progressed through in a straightforward linear point A to point B way. Instead each level is a series of connecting sections which while you progress through them, you complete random missions which fill a bar at the top of the screen. This bar when full then activates the boss fight of that level. Each boss is okay but really most of them just feel like half level bosses and aren’t at all difficult, especially if you are playing online co-op with real players. Having all four turtles playable is a must for any TMNT game and having them all on screen fighting together is totally awesome, but when they are not controlled by your friends they just tend to fall flat. Overall the AI in this game is pretty laughable, for both the never ending foot soldiers and your half shelled brothers.

There really isn’t anything terrible about this game, however there is really nothing that sets it apart either. It’s certainly a legit take on the Teenage Mutant Ninja Turtles and has the making of a decent game, but it just seems half baked overall. There is four player online co-op but it just feels out of place for the game, since the best games in the Teenage Mutant Ninja Turtle series have always been sitting on a couch or gathered around an arcade machine. The real shame though is most of the things the game missed or could have done better were all such low hanging fruit, especially considering PlatinumsGames usual prowess at this genre. You can clearly see the influence from the older games but PlatinumGames should have stuck to what they know best. That being said Teenage Mutant Ninja Turtles Mutants in Manhattan is best left to true turtles fans.

Get your copy of Teenage Mutant Ninja Turtles: Mutants in Manhattan on Xbox One

Get your copy of Teenage Mutant Ninja Turtles: Mutants in Manhattan on PlayStation 4