As seen at last year’s E3, this new virtual reality title lets you become a Star Trek crew member. Choose your role aboard the bridge and get ready to explore a new galaxy in the Federation starship USS Aegis!

In search of a new home

In Star Trek Bridge Crew‘s campaign you’re tasked by the Federation to explore a region of space called The Trench. Your mission: find a new home for the Vulcans following the destruction of their homeworld. Of course being a Star Trek game, this particular galaxy is also occupied by hostile Klingons. It’s your job to overcome this threat — using stealth and force — in your quest to save the Vulcans.

Star Trek Bridge Crew allows you to take control of the ship’s essential officers either solo, or co-operatively with others. With this being a VR title, you literally step into the roles in immersive first-person, 360-degree space. If you’re a Trekkie who has dreamed of one day controlling your own Federation starship, this game is for you.

Before embarking on your first live mission, the game offers a robust tutorial to familiarize yourself with the various roles. Led by a commanding officer, you’ll undergo training exercises in simulated real-world situations to help you learn the ropes. The roles are all interconnected, so I highly recommend taking the time to understand each one. Here are the four positions you can play as:

Naturally, like in the show, all these roles have quite a bit of strategic depth. And, also like the show, communication with your surrounding officers is paramount to success. For instance, during combat the Helm Officer needs to work with Tactical to keep enemies in sight for weapon strikes. At the same time, you need to work with the Engineer to ensure power is properly allocated. The engineer can increase engine power (if you need to turn/move faster), but at the expense of lowering your phaser range or shield level.

Overseeing all these moving parts is the Captain, who has a holistic view at all times. Your radar show all nearby threats, and you can change the ship’s view to see situations from multiple perspectives. The Captain also has access to your objectives at-hand and must communicate these to the team.

As you and your crew explore The Trench there will be several types of missions to complete. Fans of the show will be familiar with these, such as rescuing survivors, analyzing anomalies, and engaging Klingons in combat. The full immersion of PSVR really brings the experience alive and it does feel like you’re right there inside the USS Aegis.

For long-time Trekkies, the game offers extra missions outside the campaign where you’re aboard the USS Enterprise. Here the interior is full-on from the 1960s TV show, complete with mechanical panel buttons that aren’t even labelled. The Enterprise’s authenticity brought back a flood of nostalgia and reminded me of how far the show has come. Admittedly, it is harder to control the starship (vs. the more advanced Aegis) but I had fun nonetheless.

Performing your duties in Star Trek Bridge Crew can be done in one of two ways: holding a pair of PlayStation Move Controllers, or using a DualShock 4 Controller. Both control methods have their own unique pros/cons, so it’s up to you to decide which you prefer.

The Move controllers offer a more immersive experience with the ability to naturally control both hands in real-time. They’re also much easier to multi-task with, since you can intuitively move hands independently. However, I did find accuracy to be a recurring issue and sometimes I’d accidentally push the wrong buttons. During mission-critical moments (like engaging in combat) this loss of accuracy resulted in a few unfavourable outcomes. It’s too bad given how much fun it is to control the touch panels using your hands.

Switching over to DualShock 4 controls, I found the overall accuracy to be much improved. It is, however, more difficult to multi-task and you lose a great deal of the immersion effect. Despite this, I opted to stick with the DualShock as I much preferred the precise controls.

As mentioned, you can play Star Trek Bridge Crew alone or together with a group of your friends. When going solo, as the Captain you can issue orders to your officers who will follow your every command. The interface is very user-friendly and I was able to get a handle controlling all positions within the first mission. A down side is your A.I. companions aren’t as reliable as human players and will sometimes do the wrong things. Fortunately, at any time you can temporarily assume control of a position to ensure the job gets done right.

As expected, when playing online with friends the fun ramps up big time. To open up this game to a wider user base, Ubisoft has smartly made it possible for PS4 and PC players to game together. During missions your team can communicate using voice chat, and you can look at other players and wave for fun. Having four players, one for each role, is the optimal way to go as everyone can specialize in one position. I had a blast playing online with others, especially when human elements (such as making an error) come into play. Usually these moments would make the team laugh and remind us how much fun we’re having together.

Star Trek Bridge Crew is a game Star Trek fans won’t want to miss. The VR experience is totally immersive and will make you feel as though you’ve beamed directly into a Federation ship. Since you’re always sitting in one of four stations, it’s also a very comfortable and enjoyable VR experience overall. I like the mission variety, and the ability to play them in the Aegis or Enterprise is a welcome choice. Star Trek Bridge Crew is easily worth a try and belongs in every Trekkies’ collection! 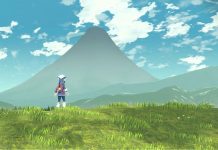 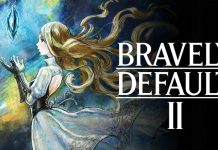 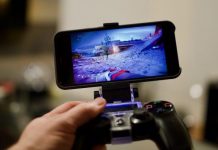 How to create the best mobile gaming experience