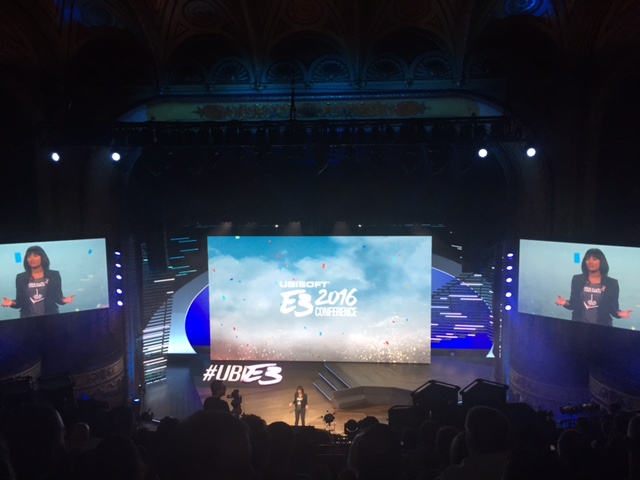 Ubisoft just turned 30 years old, and to mark this huge milestone the company celebrated E3 with new game announcements and some great celebrity guest appearances. Let’s take a look at what the they had to show! 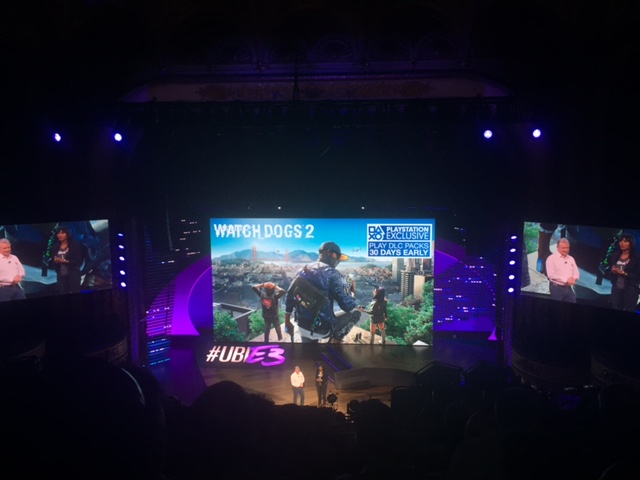 We got an incredible new trailer for Ubisoft’s upcoming hacker open-world game Watch Dogs 2. In it, we learned that you play as Marcus Holloway, a brilliant hacker within the technology hub of the San Francisco Bay Area. He joins the hacker group DedSec to help take down crooked politicians manipulating social media to obtain votes. The trailer showed off Marcus’ enhanced hacking abilities, which is now more connected than ever. He can hack cars to send them driving on their own, or unleash mass hack to distract a large crowd. Before finishing the segment, Ubisoft made the announcement that players on PS4 will get access to all the Watch Dogs 2 DLC 30 days before other platforms. The game looked amazing overall and I can’t wait to see more.

We got another trailer showcasing For Honor during 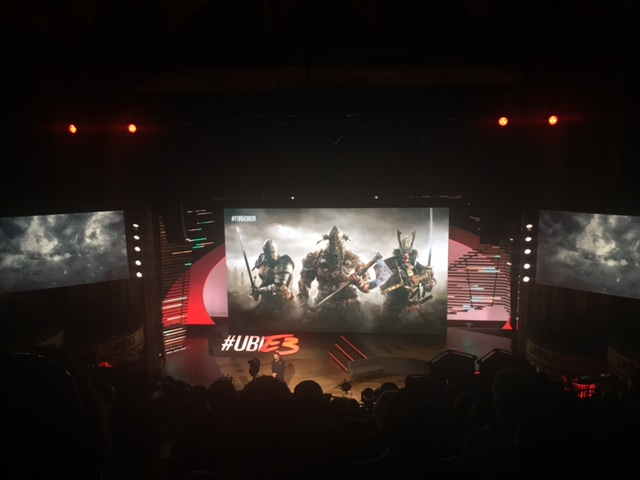 Ubisoft’s press conference, and this time the focus was on Viking raiders launching an all-out assault on a Japanese coast, guarded by Samurai warriors. The incredible “Art of War” combat mechanic was shown, which appears to focus on various types of attacks, parries, and blocks. I loved how For Honor makes you feel as though you’re in the heart of a raging war with its intense melee action and pristine, visceral graphics. For Honor will feature online and split-screen co-op that will allow you play with friends–awesome! We also got a release of Feb. 14, 2017 for PS4, Xbox One, and PC.
Tom Clancy’s Ghost Recon: Wildlands 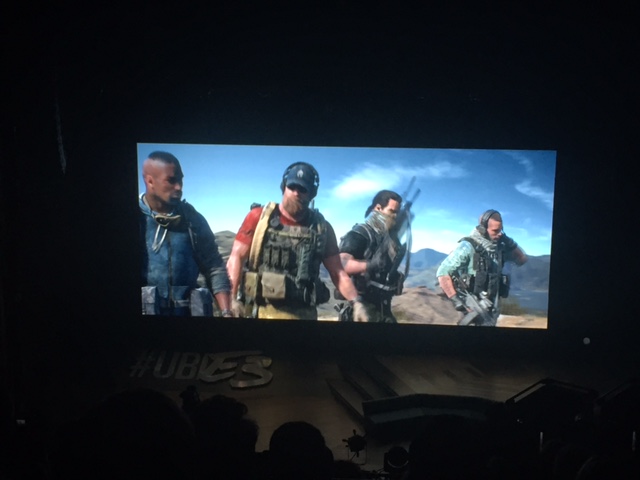 Ubisoft also presented a thrilling co-operative campaign mission for Tom Clancy’s Ghost Recon: Wildlands at their E3 conference. The story imagines what would happen if a Mexican cartel moved into Bolivia and turned it into a heroine state. Ubisoft emphasized that you have total freedom to complete missions in any way you want, and you can plan your approach by deploying drones or using scopes to mark enemies and map your route. The trailer was action-packed, and it was really amazing to see how coordinated you have to be with your partners to secure the win. We got a release date as well, which is Marcy 17, 2017!

South Park: The Fractured But Whole 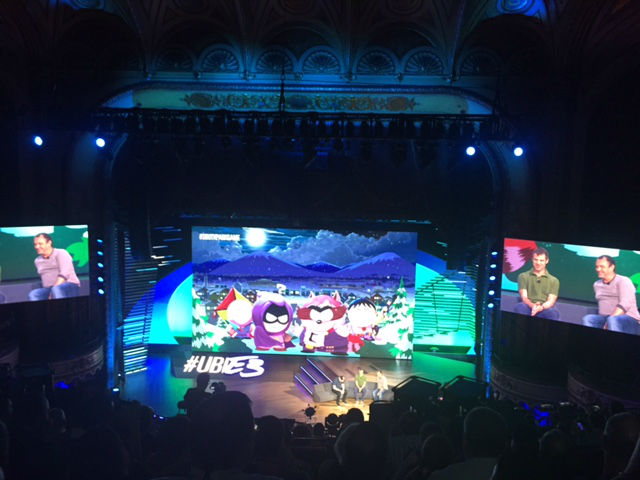 One the largest highlights of the press conference was when Trey Parker and Matt Stone came out to give us a deeper dive into South Park: The Fractured But Whole. The signature raunchy humour of the TV show is back in full force as you play as New Kid who aspires to be a super hero just like Eric Cartman in his superhero form, a.k.a. The Coon. Trey and Matt showed us how we must harness the “power of farts” to combat crime in South Park, and that we’ll be able to choose from a variety of super hero types like a strength-based character or a hyper-fast one. The graphics are so beautiful and look just like an episode of the TV show! We’ll be able to get our hands on South Park: The Fractured But Show for Xbox One, PS4 and PC on December 6, 2016.

Another game I’m super stoked for is Sta 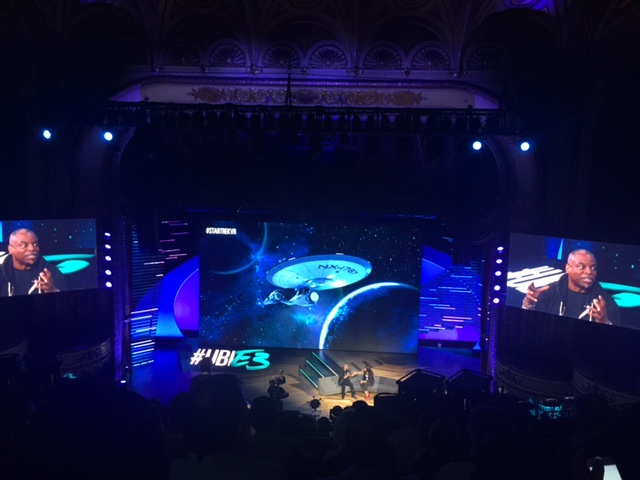 r Trek: Bridge Crew, an all-new VR title that’s currently in development. None other than Levar Burton came on stage to gives us plenty of details, such as the game focusing on co-operative gameplay where players explore space as a member of the Federation. Everyone will choose a specific role to play on your missions, like the Engineer and Captian, and together you’ll need to work effectively as a team to make mission-critical decisions that will determine the fate of the ship and crew. As a huge fan of Levar, and Star Trek, this was a great E3 moment focusing on a very exciting title. Best of all–Star Trek: Bridge Crew will be available on Oculus Rift and HTC Vive this fall, and PlayStation VR at launch of the platform this October.

Did you watch the Ubisoft press conference? Let me know in the comments section below what your favourite Ubisoft announcement was at E3!