When it comes to the platforms you can game on, hardware can be split into two main categories: PC and console. Each have their strengths and drawbacks when it comes to performance, ease of use and exclusive software. Depending on what you are looking for, you might find one better suits your needs. Let’s breakdown the benefits of each to help make the choice between PC vs. home console a little easier.

The desktop computer is not only a great tool when it comes to business and education, but when equipped with the right hardware, it can play a massive library of games. Computer games often offer better performance over their console counterparts, especially if they are upgraded with high end components. The more powerful hardware can output high-definition visuals at a higher frame than most consoles.

There are different tiers of PC performance, but a current mid-tier computer could match or exceed the capabilities of most current consoles. You also have the option to upgrade the RAM, CPU, video, and graphics cards to enhance performance even further on your computer.

When it comes to computer gaming, there is a lot of performance upside, but it does come at a higher cost. If you are looking for a performance monitor to keep up with your hardware, there are some excellent options. There are also more advanced keyboard and mouse options along with audio solutions. If you play online, you’ll need to also pick-up a headset to communicate with friends and other players.

One big advantage to PC gaming is the vast catalog of titles to choose from AAA titles to dozens of unique indie games. You’ll have access to many of the same games as home console owners, with a few exceptions. There are some games that are console exclusives on PlayStation, Xbox and Nintendo consoles. This is slowly changing, especially when it comes to PlayStation and Xbox with more of their bigger first party titles coming to PC. Case in point, Xbox Game Pass for PC makes many Xbox console games readily available on computer.

The PC platform also enjoys many exclusives of its own, especially when it comes to genre-specific titles. There are many real-time strategy games and indie titles are published only on PC, never making their way to console.

If you enjoy tinkering with your setup and always want the latest and greatest hardware, the PC platform could be ideal for you. Unlike home consoles, many PCs are easy to upgrade, allowing owners to add more horsepower to increase performance. This really adds to the overall lifespan of the hardware by upgrading components like RAM and your graphics card.

Home gaming consoles are one of the easiest ways to enter the world of video games, they offer all the components in the box to get you up and running the fastest. The only big hardware extra is a television to plug it all into.

Home consoles feature exclusive games on each particular platform. Nintendo is a prime example, offering exclusive titles from franchises like Mario, Zelda and Metroid that cannot be played elsewhere. PlayStation and Xbox have their own console exclusives, but more titles have also been making their way to PC after a timed-exclusivity window.

Console gaming libraries give you access to many titles, but this pales in comparison to that of the PC.

An easier way to play

Gaming consoles come with all the components needed for solo play straight out of the box. A few accessories are required for an optimal experience, but the key components to get you playing are all in the box with the average console. The main hardware, connection cables and a controller are included. If you want to play with another person, you will need a second controller on PlayStation and Xbox consoles. The Nintendo Switch, Joy-Cons can be used by 2 different players thanks to their clever design.

Home consoles have traditionally followed a generational cycle, ushering new, more powerful hardware after a certain amount of time. Every five to seven years, a new console is introduced, and the older version is phased out. The Xbox brand has been trying to move away from this mentality with cloud gaming. This, in combination with forward and backward software compatibility.  Outside of this, home consoles tend to follow a generational cycle where base hardware isn’t upgradable and eventually phased out for newer units.

Unlike the PC, home consoles are designed not to be upgraded, save for storage space. Consoles cannot have their physical memory or video cards upgraded. The PlayStation 5, Xbox Series S | X and Nintendo Switch can have their storage upgraded. Unfortunately, other modifications are not possible with the hardware.

Computers and consoles each offer different advantages, depending on your specific needs, one might be better suited for you. Whether you choose console, PC or both, Best Buy has all the games and accessories to get the most out of your experience. 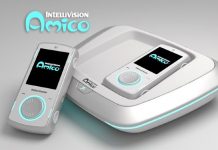