Post E3 2021, Xbox held a 2 hour long digital showcase entitled, Xbox Games Showcase Extended. With a focus on select games and conversations with developers, we got a more in-depth look and some of the upcoming games for Xbox Series X|S. Here is a summary of some of the exciting news from the event including Forza Horizon 5, Senua’s Saga: Hellblade 2, Age of Empires IV and Battlefield 2042.

Brown went on to say that Forza Horizon 5 is being developed in collaboration with Mexican artists to produce mural artwork, music acts to produce original compositions and voice actors. Finally, Brown spoke of a mode in Forza Horizon 5 called EventLab. It is similar to previous modes like Super7 and Blueprint races. However, EventLab is bigger and includes custom races, challenges, stunts, new game modes and more.

You can expect to hear more info on Forza Horizon 5 in the next several months leading up to launch on November 9, 2021.

Next, we got an update on the highly anticipated sequel to Hellblade, Senua’s Saga: Hellblade 2. This action-adventure game is in development at Ninja Theory who is hard at work recreating 9th century Iceland. They are trying their hardest to bring a sense of authenticity to its land and costumes from that time.

A montage video was shown featuring members of the development team at work, either through motion capture, animation, or on-the-scene audio recording. Senua’s Saga: Hellblade 2 is still a ways off, there will be more info in the future about the game.

Launch civilizations and campaigns revealed for Age of Empires IV

World’s Edge Creative Director and Director of Customer Voice gave a brief recap of the Age of Empires IV content shown during the Xbox & Bethesda Games Showcase at E3 2021. Moreover, they talked about two additional civilizations that you can lead in battle in this strategy game, the Abbasid Dynasty and the French; the Hundred Years War campaign, featuring Joan of Arc, also revealed as one of the hero characters in the game; and naval combat.

A deeper look at Battlefield 2042

Details about EA’s upcoming  first-person shooter multiplayer game Battlefield 2042 were discussed during the Xbox Games Showcase Extended. Thanks to the power of the Xbox Series X|S, Battlefield 2042 will feature up to 128 players on a single map. Additionally, we learned that the Conquest game mode can feature many different battles across the game’s massive maps

Furthermore, we learned new details on Breakthrough, which will be a more guided experience that takes you on a journey through the entire map with an attacker and defender team. You can expect more news in the coming months leading up to the launch of Battlefield 2042 on October 22, 2021.

4 ways to find gifts on a budget 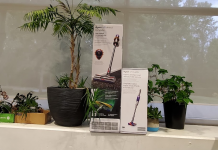