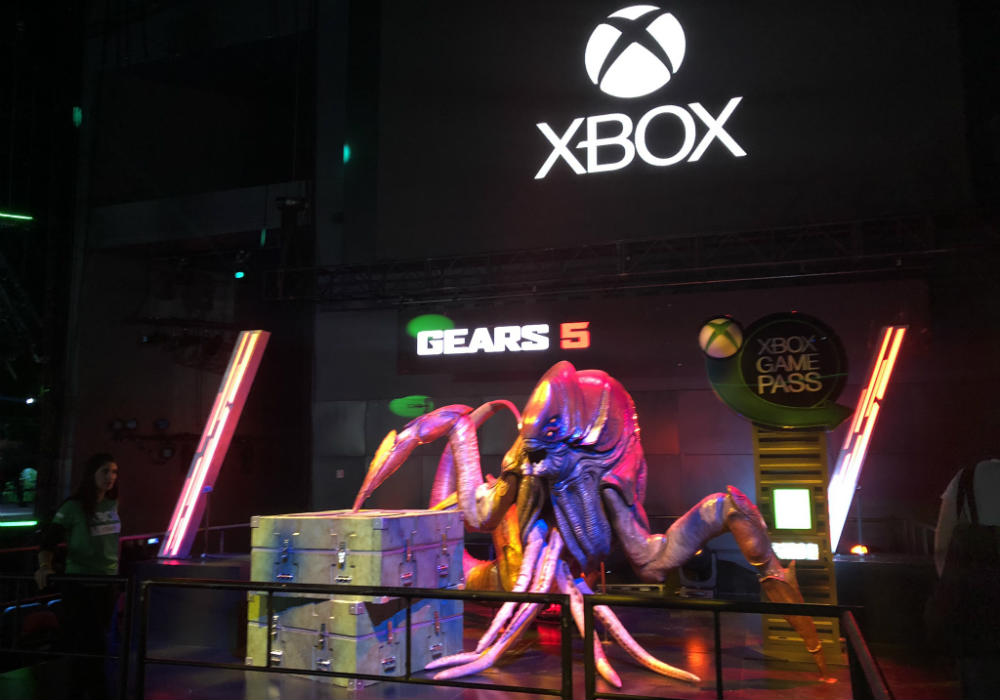 Earlier today, I spent three hours playing some of the upcoming Xbox games at an exclusive invite only event known as Xbox Showcase inside the Microsoft Theater. Demo stations were setup on the same stage as yesterday’s Xbox E3 briefing.

Games from Xbox Game Studios as well as third party publishers were playable for attendees. There were two games that I focused on playing, Gears 5 and Ninja Theory’s 4v4 team-fighter game Bleeding Edge. Here are my thoughts and impressions on both games.

Yesterday, we saw a trailer for Gears 5 at the Xbox E3 briefing but no gameplay. Today, I got to go hands-on with Gear 5’s new cooperative multiplayer Escape mode. This new mode features a three-player squad that must work together to take out enemy hives from within and escape within a certain time period.

The map I played looked like an old abandoned factory, which was filled with rooms big and small. It was clear from the get-go that Escape mode is very action driven. And, not every room I went in was filled with enemies. In fact, there are rooms where you can load up on ammo and others that will allow you to save.

Each of the characters during my gameplay session had a special power. I had the ability to replenish ammo, Melanie could project a shield and the third player had increased damage. All of these special abilities came in very handy as we had to work together as a team in order to be successful.

As our team made it to the end of the level, there was a switch to pull to seal the remaining baddies in. As we flipped the switch and the doors slowly started to close, we had to fight off one last surge. While this was only one small portion of the game, it felt good to play and left me with a good impression of what’s to come.

Gears 5 launches September 10, 2019 and I’m looking forward to seeing what the final game has to offer. 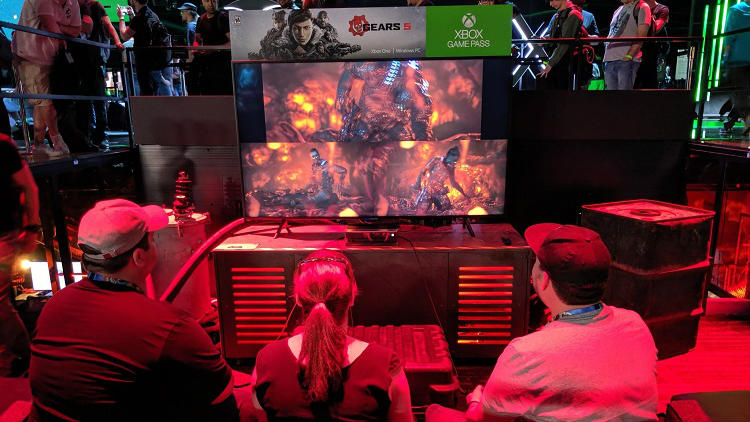 One of the big surprises from yesterday’s Xbox E3 briefing was Bleeding Edge. It’s been kept under wraps and has also been in development for a few years now. This 4v4 team-fighter game features bright colourful cel-shaded graphics and reminds me of Overwatch.

There were 10 playable characters in the demo I played and they were divided up into 3 categories: Heavy, Assassin and Support. The character I choose was called NidHoggr, a zombie like assassin who wields a powerful guitar shaped axe. The first several minutes were spent getting to learn the controls and abilities of my character.

Aside from swinging my guitar shaped axe, I also had 3 special moves. First is powerslide, its a devastating move that leaves a trail of fire to burn your enemies. Second is fire breath where I spewed fire out at enemies from my character’s mouth. And, third, is boomitar where NidHoggr throws his guitar shaped axe at enemies to slow them down.

The controls were easy to learn and my character felt very responsive. After everyone felt comfortable with their character, the battle begun! We played Control point and the object is to take as many points on the map as you can and guard them for your enemy. There is a mini map on the upper right-hand corner of the screen, so it makes finding your way around the map easy.

Each player is equipped with a hover board that they can ride to make it easy to make your way around the map. The action was fast-paced and full of mayhem. At times when all 8 players were in one area battling it out, it did get a bit confusing. Especially when everyone would use a super all at the same time. A technical alpha is schedule for later this month and I’m eager to get more time with the game.