Best Buy Blog
Home TV & Audio TV & Home Theatre What is HDR and how does it affect your 4K TV experience?

Just as consumers are figuring out what 4K or “Ultra HD” (also called UHD) TV is, along comes a new term. You’ve likely started hearing about HDR for televisions, but what is it, what does it mean for viewing, what does HDR have to do with 4K, and how does it all work? Read on for everything you’ll need to know as HDR TVs rise in popularity.

The term HDR stands for High Dynamic Range, and in this context it’s all about colour.
While you’ll also hear about HDR as it relates to photography, it’s important to note these terms, while similar, mean slightly different things when it comes to video vs still images. (Read more about how, here)

With video, HDR allows TVs to display a vaster spectrum of colours and a greater difference in contrast of those colours; making for a greater discrepancy between the lightest colours and the darkest ones.

So what does that range and discrepancy mean? More colours means you can see a richer picture, because instead of graduated layers of colour, you’re getting more of a true and subtle blending of colours in the video picture. That allows the video to appear more realistic.

HDR and 4K; a match made in video heaven

An important thing to note about HDR and 4K TVs is that these are not mutually exclusive technologies. You’re not choosing between either a 4K TV or a HDR set.  4K and HDR work in tandem. The term 4K applies to the screen resolution; there are approximately four times as many pixels in a 4K TV as there are in the next TV down the quality ladder (a 1080p HD TV). For a full write up on 4K TVs, read my blog, Learning New TV Tech: all about 4K.

HDR, as noted above, relates to the colour and the contrast, so you can see the two technologies would work together to make one amazing quality screen.

The body that regulates all these new technologies and their acronyms is called the UHD Alliance, and it has rules and minimum standards manufacturers must follow in order to get approval for the 4K/UHD label. Let’s look a bit closer at HDR and its two components; colour and contrast, and what they need to meet those requirements:

HDR TVs must be able to display a wider range of colours than an average TV. The standards call this bare minimum, “10-bit colour.” This 10-bit signal has the ability to display over a billion different colours, though humans can’t technically see all of them. 10-bit colour also gives the ability to make more subtle colour changes, so stark, delineated graduations in colour area (think visible black fading to grey lines in a night sky on a poorer quality TV) are a thing of the past.

Contrast is the second key component of HDR; it is the difference between the lightest areas of the screen and the darkest areas. Contrast is measured in what are called ‘nits’. The brightest areas could be 4,000-6,000 nits in brightness, while dark areas might measure only 0.4 nits. You’ll see those contrast ratios displayed as “100,000 to 1”.  That essentially means the lightest whites are 100,000 times brighter than the blackest blacks on your screen, and that’s a hell of a contrast. Just to give you a baseline, sunlight measures over 1 billion nits, while absolute black is zero nits.

Why are people loving HDR?

Traditionally with regular TVs, even 1080p or HD, the picture still looks flat. But stop into a Best Buy and take a look at the newest generation of 4K/UHD TVs and the TVs that are also HDR capable and you’ll quickly see a staggering difference.

I visited a Best Buy this week, with my very not-tech-savvy sister. We were shopping for a new TV for her, and while we were going up and down the aisles, she was glancing at the vast selection and said, “these all look the same, how will I ever pick?”

We rounded a corner to a 4K HDR set up, and she stopped cold in her tracks. “What.. is THAT?” she said as she stared mesmerized at the TV.

It was a gorgeous new LG 4K HDR Smart LED TV, and the video running on it was truly amazing. (Sony also makes a 4K LED with HDR.) My sister kept reaching out and trying to touch what was on screen and I kept hitting her hand away. “Why do I want to touch it so much?” she asked.

I replied, “because all those colours, and the amazing depth and contrast make it look more realistic than any other TV out there.”

As I yanked her away she marveled, “it’s like it’s a hologram.”

All this is to say that if you’re reading about 4K or HDR TV technology, that’s a great start.  But don’t wait too long before you go out and experience one for yourself. It’s a game changer.

Just because you buy an HDR TV doesn’t necessarily mean everything you watch will be in HDR. (This is the same problem facing consumers who were early adopters of 4K resolution.) TV production technology hasn’t kept pace with these standards, so unless the content is specifically shown in HDR (or 4K), you won’t see it on your screen.
4K UHD Blu-ray players are beginning to emerge (read more on those here) and some of those players should be able to read the extra information in an HDR Blu-ray disc, so watch for HDR ready DVDs to begin emerging.

Content providers like Netflix are also starting to work with these new standards.  In fact, Netflix has been leading the way in TV shows made in 4K, like House of Cards and Marco Polo, and it’s likely to follow suit with HDR.

So to summarize; to watch true HDR content, you need an HDR TV, an HDR compatible peripheral like a Blu-ray player, plus content that’s been created using HDR technology.

Give HDR a try; “a window to another world”

Super realistic HDR colour and contrast, combined with fabulous 4K resolution is driving the TV tech world wild. It’s also impressing regular folks who might not be paying attention to things like pixels and nits. As my sister said, “I need to find a way to put that 4K HDR TV-thingy in my house, because it’s like adding a window into another world in my living room.”

She may not be super tech savvy, but she’s bang-on there. 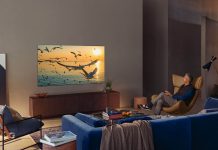 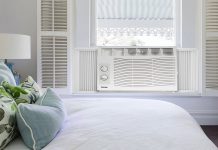 What you need to know about window air conditioners 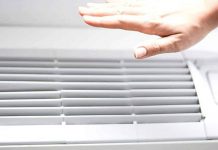 5 reasons to get an air conditioner (beyond keeping you cool)