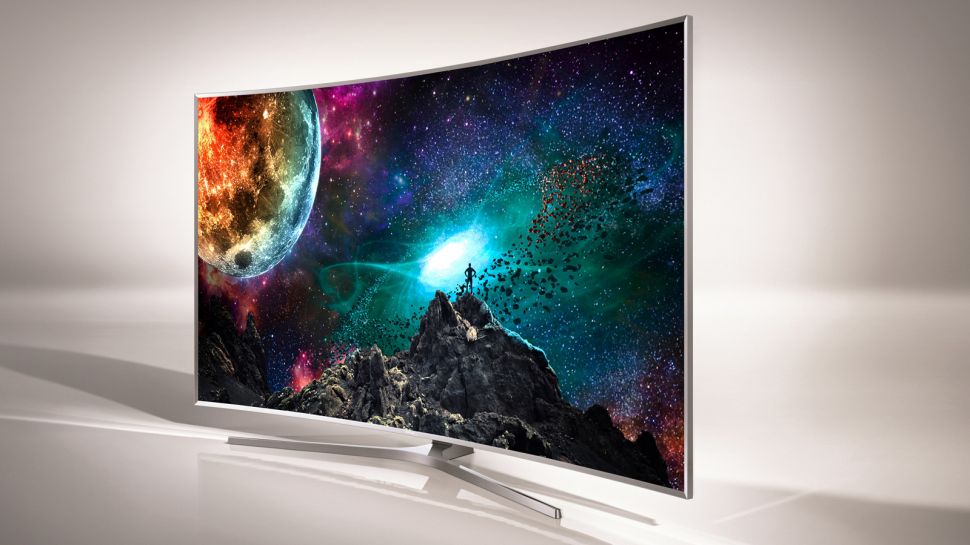 There have been some exciting announcements this year about 4K content coming to Canadian TVs. Several TV providers have announced programming from movies to sports is starting to arrive in 4K Ultra HD. Rogers promised and delivered on every 2016 Toronto Blue Jays home game being broadcast in 4K, as well as some major Sportsnet events and NHL games. Bell has also been broadcasting Toronto Raptors basketball  games in 4K. (Read more about what’s here and what’s coming on the blog)

While that broadcaster-created 4K content list continues to grow, 2016 has been a good year for 4K, particularly when it comes to streaming channels. 2017 is only going to see further improvements as new shows are announced.

The 411 on 4K
4K TV, also known as ‘Ultra HD’ has four times the resolution of the next best video format, 1080p. That means video is sharper, colours are richer and vastly improved contrast ratios allow you to see a much more realistic depth in the picture than ever before. 4K is the next great advancement in TV technology, providing a video picture so real, you’ll feel like you’re there.

While 4K TVs are now widely available, content has been slow to catch up. Canadian TV providers, as I say, are opening the door to more programming now, but there are also other ways to watch 4K TV now, such as streaming.

Read up on 4K TV by checking out Best Buy’s Buying Guide to 4K TV or the blog ‘Learning New TV Tech: All about 4K’.

What do I need to stream 4K/Ultra HD?
•    A TV compatible with 4K Ultra HD streaming
•    A streaming service plan that supports streaming in 4K/Ultra HD. You’ll need to check with your content provider to be sure. (For example, Netflix offers a separate 4K plan, so you’ll likely need to upgrade)
•    An internet connection speed of 25 megabits per second or higher. (Some providers say 16mps is ok, but in this case faster is likely better) Several Canadian internet companies recently announced faster ‘gigabit’ internet speeds to facilitate services like 4K video streaming. Read more here.
•    Be sure your streaming quality is set to “High.”

The king of free TV, YouTube has become one of the leaders in 4K content, thanks primarily to the fact many of the people posting videos already have their own 4K capable cameras (think GoPro and the Hero4 just for starters).
If you’re dying to try out your new 4K set, but don’t yet have a 4K DVD player (this Samsung’s just been announced) you can head straight to YouTube to see just how great 4K video looks.

What is there to watch? Everything from nature videos (Costa Rican Jungle is pretty epic, but there’s also cute puppies, and if you visit GoPro’s channel on YouTube you’ll be wowed at the extreme sports content (not to mention Brandy the Surfing Pug!)

It’s important to note some smart/4K TVs don’t yet support YouTube’s newest 4K-capable streaming app, so if you’re hoping to watch YouTube videos on your new 4K TV, check with the salesperson to make sure it’s up to date.

Stream in 4K with Netflix 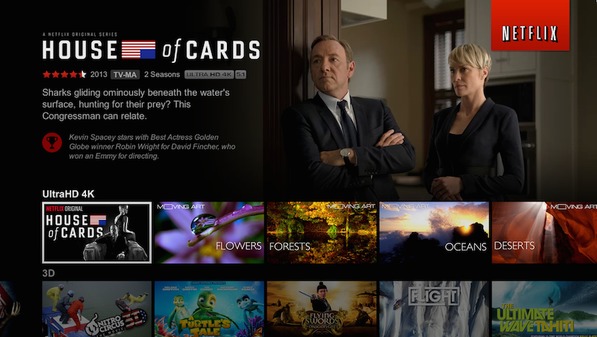 Everyone’s favourite video platform, Netflix has been another major pioneer in 4K video content. It was producing House of Cards in 4K long before many other companies were even thinking of their own 4K strategies. While Netflix has a nominal monthly fee to access the content, there are plenty of 4K shows on the roster: Bloodline, Chef’s Table, Grace & Frankie and the Blacklist, just to note a few, plus a handful of documentaries too. And the list is growing with each successive TV season. The Get Down and The Crown are two of the latest series being produced in 4K that are online now.

While House of Cards is a personal favourite of mine and I’m anxiously awaiting release of the newest season, I’m also excited for 4K movies on Netflix. I loved World War Z, and would definitely watch it again in 4K. Netflix has other movies too in 4K (you can see what’s on offer by looking for the 4K icon just underneath the titles). Also on the top of my list to watch at home in 4K is the James Bond flick Skyfall, as well as The Avengers.

You can explore the range of 4K TVs and start to plan which one will be perfect for your home.
What do you think about 4K TV? Are you ready to embrace it? Still on the fence? What content do you want to see in 4K that will prompt you to upgrade your TV? Let me know in comments, below.