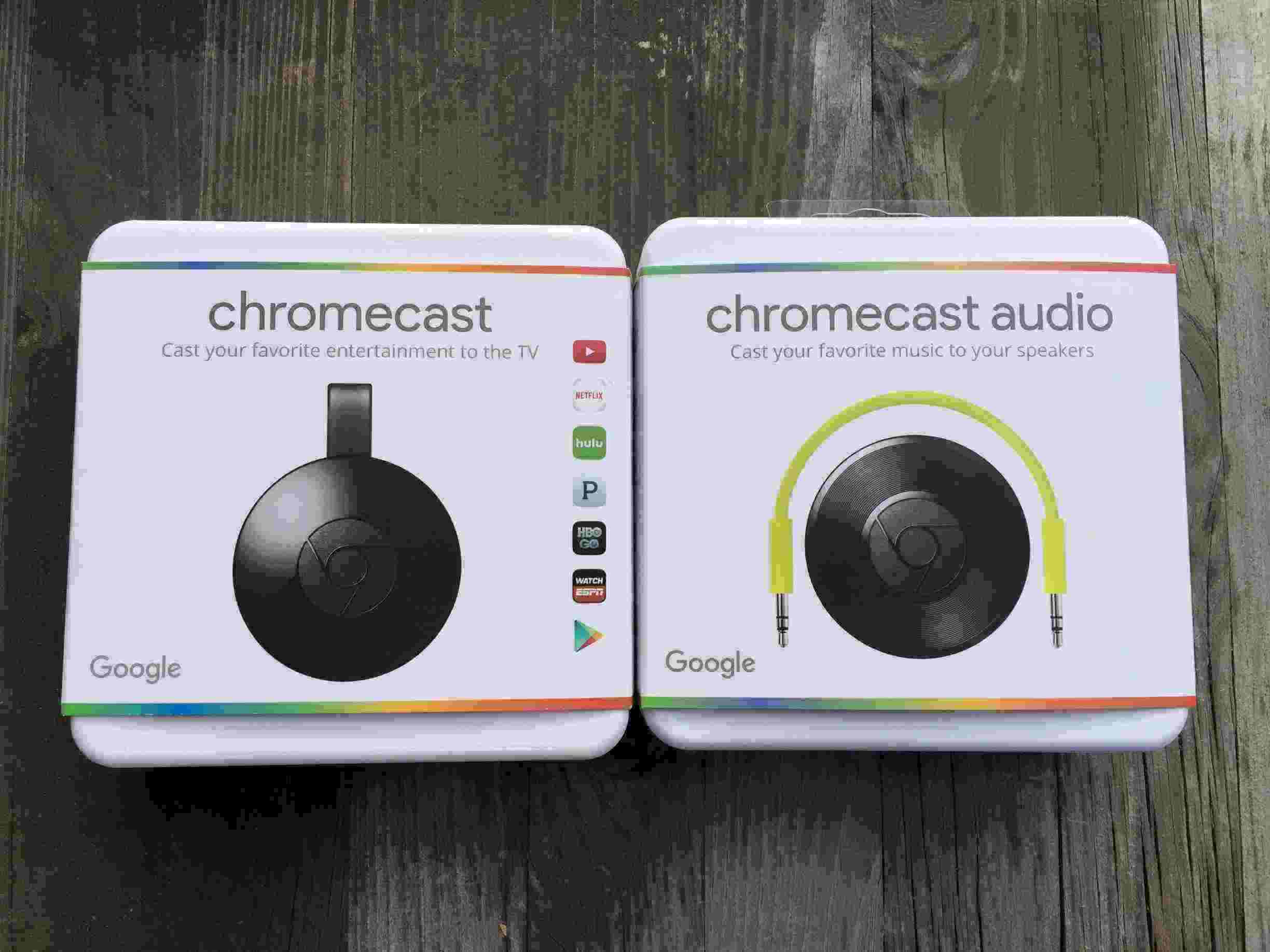 To dig into the other differences, lets first look at what each device does.

What is Chromecast, aka Chromecast TV?
Very simply, Chromecast TV is an external streaming device that will allow you to play internet video content on your TV. It lets you stream video directly from apps onto your television screen using Wi-Fi.

What is Chromecast Audio?

In essence, Chromecast Audio is a bridge that connects “dumb” stereos or speakers or components to smartphones or tablets, allowing you to stream music — using Wi-Fi — to what are probably the best speakers in your house, even if they’re older. 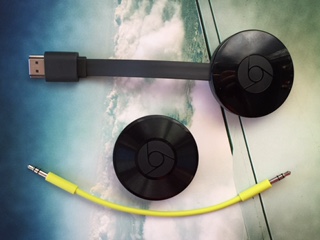 Each device has different connection methods. Chromecast TV (at top, right) uses an HDMI port (found in the back or side of your TV) to connect to ONLY your TV. Chromecast Audio is intended to connect any device without an HDMI port; you can instead connect Chromecast Audio in a few other ways, like using the mini audio jack (or “aux in”), a stereo RCA cable, or an optical cable (sold separately). This also allows the Chromecast to connect to a receiver or processor easily, and you can even connect it to your TV’s sound bar.

The devices differ a bit in the looks department too; Chromecast TV has a wide, flat, magnetic HDMI cable that’s permanently affixed to it. Chromecast Audio on the other hand has removable cables for different audio options (as noted above), which can be swapped out as needed.  The Audio version also has grooves on the disc, giving it an old vinyl record feel, while the TV disc is smooth.

Different Functions
Each Chromecast device has a different primary function, making it better in certain situations:

Why would I want Chromecast TV?
You’ll want a Chromecast TV device if you’d like to stream internet video programming (Netflix, YouTube, web episodes, Shomi or Crave TV) to your TV, despite the fact it is without internet connectivity or ‘smart’ capabilities built in. 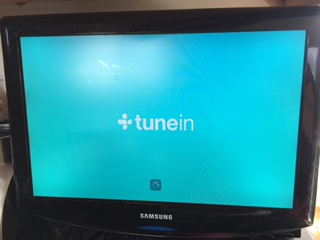 You might also want a Chromecast TV device because it can also play audio. Here’s the caveat: you’ll really need a sound bar or proper speakers to take advantage of this, as the tiny, tinny speakers built into most TVs today are sub-par. Either way, you can pick your audio app of choice, and stream music too. (photo at left)

You’ll want one of these if you really like your music, or have older, non-connected speakers you don’t want to give up, but you still want to be able to listen to your digital music collection on them.

You may be disappointed in these if you’re partial to Apple devices, since iTunes (including Apple’s new Music streaming system), isn’t supported, meaning you can’t stream that or your Apple Music library using your iPhone or iPad. Being a Google product, this is obviously meant more for Android users. However I was still able to stream music using other services like Spotify, NPR and Tune-In internet radio via my iPhone and iPad.

Do you have more questions about how to use Chromecast devices? Please ask in comments below. Plus, we’ve got a whole series of articles on Chromecast to help answer your most pressing questions.
Review of Chromecast Audio & TV

How to set up your Chromecast Audio device

How to set up your Chromecast TV device