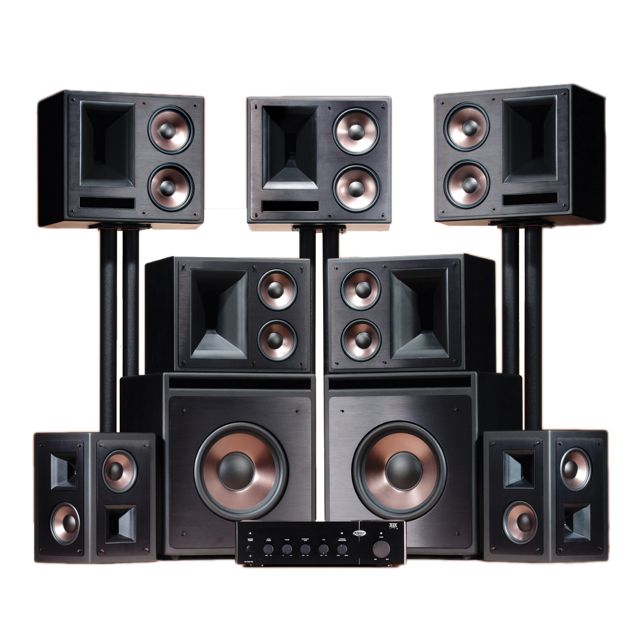 Understanding the configuration of a home theatre audio setup can be confusing at first blush. We use numbers to define the setup, anything from 2.0 to 7.2 to 5.1.4. Once you understand what these numbers mean, you will easily be able to visualize any audio rig, how many speakers are used, and what the listener can expect to hear as a result.

It is worth noting that these numbers are used to describe the speaker configuration in a home theatre and the way our AV receivers are processing the material and outputting to your speakers. Source material such as DVDs and Blu-rays will advertise the encoded audio available in the same number configuration so we as consumers know what we are able to utilize in our home theatre.

Starting with the most basic audio setup, also commonly referred to as stereo sound, a 2.0 system will employ a left and right channel speaker. All music is recorded in stereo, and this configuration is still used to playback most all of our music today. 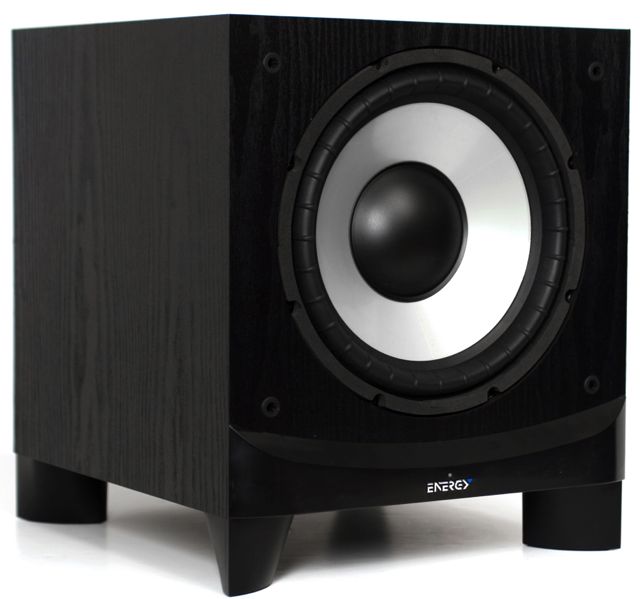 In the event that your home theatre has a subwoofer, and that sub is being used to reproduce all of the lower frequencies that your main left and right channel speakers cannot, you have moved into a 2.1 configuration. 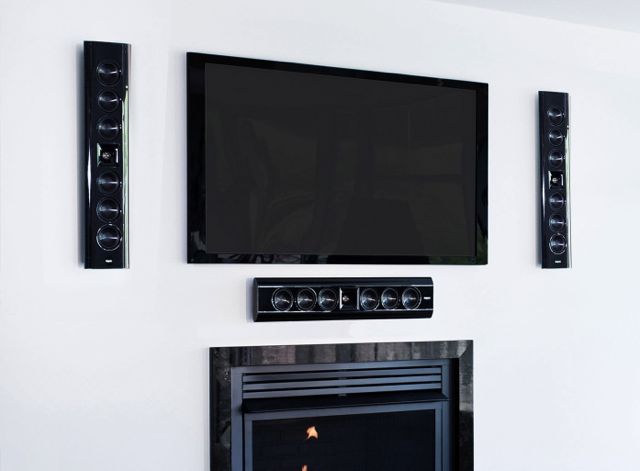 If you were to add a centre channel to your setup, you would now be running a 3.0, or 3.1 rig (depending on whether you are using a sub) because you would have three separate speakers outputting different signals. Centre channels sit directly above or below our screens and are used to amplify the majority of on-screen dialogue and effects in our movies and TV shows. This audio is redirected from our left and right channels to the dedicated centre channel, creating a more spacious soundstage as your left and right channels are now being used to amplify off-screen effects and the stereo soundtrack. 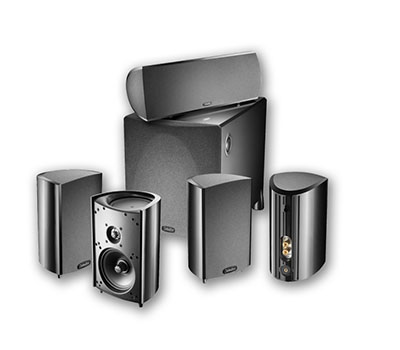 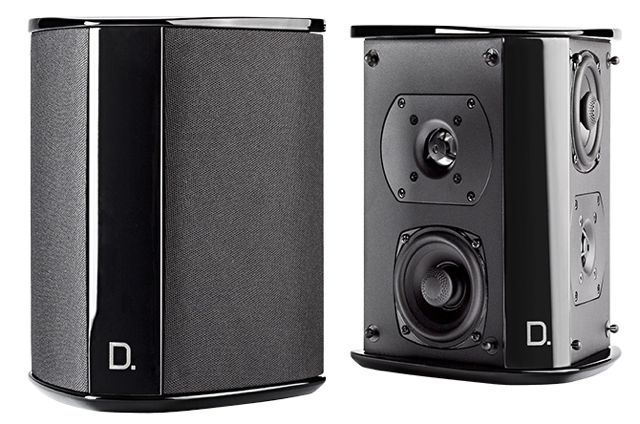 The evolution of surround sound continued with Blu-ray technology as the increased capacity on the discs and the increased processing ability of the wider bandwidth laser allowed for both more information to be put on a disc and read by the player. With this additional capacity, audio engineers stepped up the surround sound experience by adding another surround channel to be placed directly behind the listening position. In 6.1, you would have your main 3.1 setup in front of you, the two surround channels on your left and right side from a 5.1 setup, and add a third independent surround channel directly behind the listening position.

Like 6.1 before it, 7.1 added yet another independent surround channel also intended to be placed behind the listening position. This gives the audio engineers the ability to further target the sounds being broadcast through their movies surround soundtracks and further increase the realism being experienced by the listener. With a 7.1 setup, you have your 3.1 setup in front of you, with two surround channels beside you, and two more behind you.

Any of these configurations can become a “point two” setup by integrating a second subwoofer. Assuming your AV receiver has the ability to output two separate sub channels, this is a consideration many audiophiles recommend. While I would consider one sub an absolute must for anyone looking to truly enjoy the multichannel audio experience, adding a second sub really changes the way your bass response is both felt and heard. The low-end response becomes smoother and more defined, while providing a punchier bass. All good things in my book. 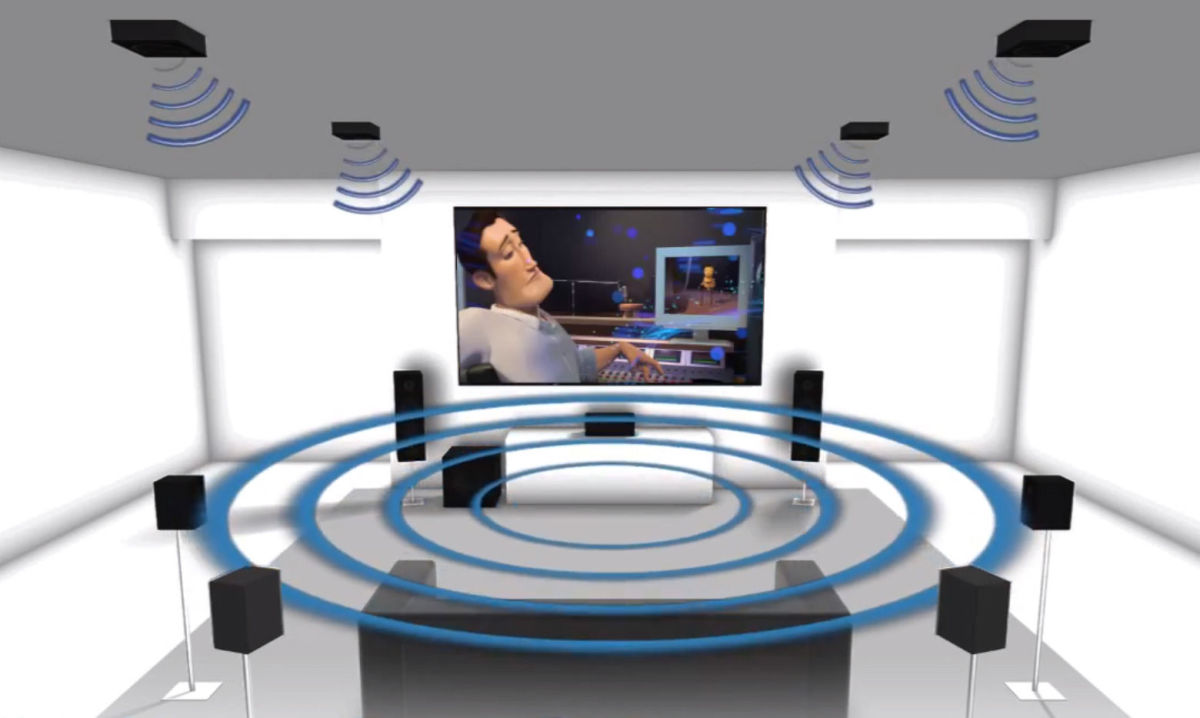 We are in a world where technology is constantly evolving, and the realm of home theatre audio is no exception. Building on the surround modes described above, audio engineers at Dolby have now begun to create completely immersive audio environments with the addition of surround channels above the listener, called Dolby Atmos. While every step up in surround technology has allowed for increased realism, there is nothing more true to life than experiencing this leap forward, which so closely replicates how we experience sound it transports us into the action on screen unlike anything else before it.

As the number of available channels increase in multichannel audio soundtracks, to experience them in our home theatres, we need to make sure our gear keeps up to the technology. Best Buy Canada will help ensure you have the latest and greatest. AV receivers will advertise how many surround channels they have available, whether they are enabled to encode Dolby Atmos, and how many height channels are integrated. You’ll need a dedicated speaker for each surround channel, and the sky is the limit. As the evolution in home audio continues, some day soon we may be talking about 11.4.8 configurations. I hope the information here gives you the insight to know exactly what that would look like.