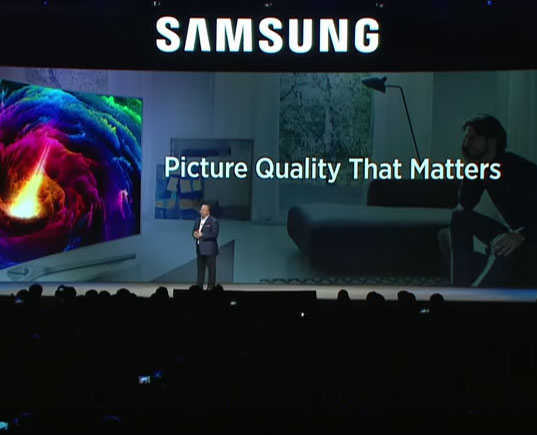 Samsung was among the first of the electronics giants out of the gate to reveal to what’s ahead on the tech horizon to CES 2016 audiences. The company made a series of announcements Tuesday as what could be called the Consumer Electronics Show ‘pre-game’ got underway.

The quick 411 on what was announced includes improvements and enhancements to the Samsung Gear S2 smartwatch, a refrigerator so smart it’ll order your groceries, and some new TV sets. 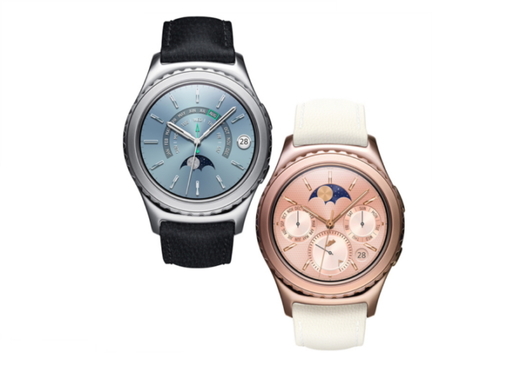 While the Samsung Gear S2 smartwatches didn’t get a major overhaul, Samsung is making the watches functional with iPhone and granting them the ability to use its proprietary Samsung Pay software (Canadian availability timelines on this is unclear). That aside, most of the Gear S2 improvements are cosmetic; new colours will be available (rose gold, and platinum plating over its current stainless steel), new straps and bands (in leather, and steel) and a set of new watch faces too. Read more about the Gear announcement here.

Your kitchen just got upgraded 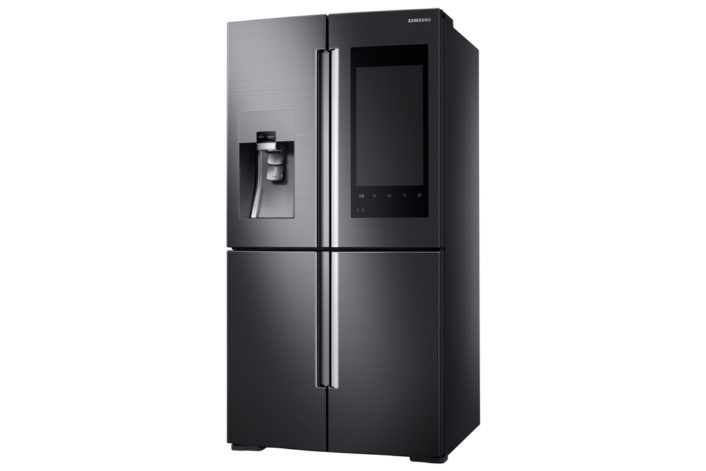 We’ve seen digital screens on appliances before, but Samsung’s new smart fridge (a poorly kept secret in the lead-up to the show) is more than just a pretty interface. The fridge, called the Samsung Family Hub Refrigerator 21-inch screen (powered by Samsung’s Tizen OS) on the refrigerator ties in to a shopping app which will let you order groceries without leaving the kitchen. The app appears US-focused right now and there’s no info on Canadian connectivity yet, but knowing the future is nearer is kind of neat. You can make your list, order groceries and even approve other family members’ choices before it gets paid for with your credit card and delivered to your door.

As if that’s not enough, built-in cameras inside the icebox keep an eye on the goods to help you plan your orders, and an external speaker gives you music for the inevitable kitchen parties.

Many people know Samsung best as the maker of TVs, and in that segment the company didn’t disappoint either.  Second generation Samsung SUHD TVs are out, boasting HDR support and the much-lauded Quantum Dot technology which the company says will provide an even more vivid and colour-rich video picture. (Read about Samsung SUHD , or check out competitor LG’s foray into SUHD world as announced today too at CES 2016) As you’d expect, Samsung’s TVs are again growing increasingly thinner and lighter too, and the curved screens are sticking around too. (To have a look at what’s on offer now from Samsung click here.)

The Smart TV interface (Samsung calls it ‘Smart Hub’) will also work with the company’s special remote control which it promises will pair with all your peripherals automagically, meaning you won’t need to waste time on set up. Speaking of Smart Hub, it’s gotten a wee upgrade too; your TV will soon be able to control a whole range of smart home devices for you; from heat to lights to (no doubt) any number of other smart home functions. 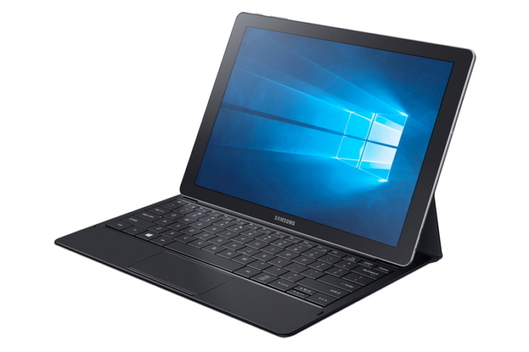 Finally Samsung announced the new Galaxy TabPro S, which will run Windows 10 instead of Android. This ultra slim (6.3mm) and flat tablet has a detachable keyboard, an optional stylus and a standout 12-inch AMOLED display. Samsung promises the display will provide amazing sharpness, and great viewing angles, but not at the cost of a quickly draining battery; the TabPro S’ is said to have more than 10 hours of juice in it.

So, that was not even technically Day 1 at CES 2016! Watch for more HERE from the show floor in fabulous Las Vegas all week. Follow me on Twitter and Instagram to get the latest updates from CES 2016 in 140 characters or less!