I never would have believed it 20 years ago, but records are now the hottest physical format for music. Sales of vinyl rose another 26% in 2016 and records are now at their most popular level in 25 years. That’s why the Fluance RT81 turntable was released.

There are a growing number of music fans making the transition from owning a few records they listen to on an inexpensive player (the record player-in-a-suitcase type of units) to being vinyl collectors. Those basic systems are fine for casual use, but simply aren’t able to bring out the best in the records played on them. Worse, the needles tend to wear quickly and if they aren’t replaced that can actually damage records.

That means a lot of music fans are looking for a better turntable. One with a decent, upgradable cartridge, and features that will make their vinyl sound great—but without spending audiophile level dollars.

Wait, My Speaker System Doesn’t Have a Phono Input!

There’s another variable in this equation, and that’s the popularity of wireless speaker systems. Bluetooth and Wi-Fi speakers are incredibly popular, but very few of these have an actual Phono input for a turntable. You can’t simply plug in a turntable to the AUX input … This means either investing in a receiver and speakers with a Phono input, or buying a pre-amp to act as an intermediary. While the pre-amp solution works well in terms of audio, it’s an added expense and means more wires.

You may be familiar with Fluance. The company is based in Canada and it’s built a reputation for building high quality speakers like the AB40 High Performance Soundbase reviewed by Plug-in’s Jeff Wilson and the Fi70 Bluetooth Bluetooth sound system shown in the photo above.

In 2016, Fluance decided to enter the turntable market. The RT81 is positioned at the higher end of the entry-level, aimed squarely at those vinyl upgraders. It’s a sharp-looking turntable finished in a high gloss walnut, but it also offers solid features and performance for the price, including a very capable cartridge. It also features an integrated pre-amp so you have the option of connecting this turntable directly to a stereo or speaker system’s AUX input.

Fluance clearly did its homework when it designed the RT81. The turntable is affordable, yet packed with the kind of features that clearly position it at the top echelon of that entry level category.

The RT81 arrives with an Audio Technica AT95E cartridge pre-installed. This cartridge has an elliptical diamond stylus and has a reputation as a well-rounded performer with balanced sound. While coming in toward the lower end of Audio Technica’s line-up, it costs more than the total price of many all-in-one record players. In other words, it’s a great cartridge to have included in a turntable in this range. It also offers an easy future upgrade path—Audio Technica offers multiple stylus options that are compatible with this cartridge.

Vibrations are not good when listening to records. Vibration from nearby speakers or other sources can distort sound, and in extreme cases cause the stylus to skip. The Fluance RT81 turntable is built from the ground up to isolate that stylus from vibration. This includes a solid, audio-grade MDF plinth, an aluminum platter, isolation feet and a rubber platter mat.

The Fluance RT81 features gold-plated RCA line outputs. This ensures the highest quality connection and because it uses removable RCA cables (included) instead of hardwired cables, they can be replaced if they get damaged. The pre-amp is made by Texas Instruments and if you choose to switch to a traditional phono output, there’s a ground terminal.

Hands-on With the Turntable

I’ve had the opportunity to spend an extended time with the Fluance RT81 turntable. That means I’ve been able to use it through pretty much any scenario you can imagine.

Setup was relatively straightforward. Basically install the platter and belt, balance the tone arm and set the anti-skate, all as per Fluance’s instructions.

I’ve used the RT81 in a traditional setup, connected to a receiver with Phono input, and I’ve also connected it to a Wi-Fi speaker’s AUX input using the turntable’s integrated pre-amp. I’ve played used vinyl picked up from a local used record store, and I’ve played brand new vinyl—including 180g and 200g records. I’ve played music from a wide range of genres and bands as diverse as Depeche Mode, Cream, Led Zeppelin, The Police, Pink Floyd and dozens of others.

I’ve been impressed with the Fluance RT81.

Audio performance is very good, with relatively balanced sound and excellent separation. Not too bass-y and not too bright. It behaved well with used records, playing through minor scratches that caused other turntables to skip. It also played well with 180g and 200g vinyl, even when slightly warped from shipping. The sound was excellent when connected to my receiver. It’s pre-amp also did a good job when connected to various portable speakers, providing plenty of volume. Of course you miss out on the full effect when connecting it to a compact speaker, but the point is you can do it.

I also appreciated the 45rpm/33rpm switch. My primary turntable requires manually moving the belt to switch speeds, so having a switch is much nicer. The tinted dust cover can be easily removed if you position the turntable in a spot where height clearance is an issue. There’s no auto-return, but Fluance includes an auto-stop switch that stops the motor when the end of a record is reached.

The only issue I encountered out of the 60 or so records I’ve played on the RT81 was the crescendo on Led Zeppelin’s “Stairway to Heaven.” Jimmy Page’s guitar gets a bit staticky for a few seconds. That’s where upgrading to a more capable stylus would pay off.

If you are one of those music fans who’s ready to make the leap from a basic record player to a more capable turntable, you should definitely consider the Fluance RT81. While affordable, it’s been equipped with a lot of premium components that pay off with high quality audio out of the box, and a future upgrade path. Unlike many turntables, you can plug this one directly into your wireless speaker if you don’t have a receiver with Phono inputs. It also looks pretty sharp.

Vinyl collectors should check out the full selection of turntables at Best Buy. And if you want to get the most out of your vinyl, consider an audio system with a receiver and speakers to plug into. 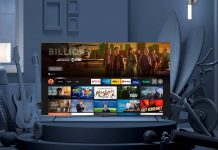 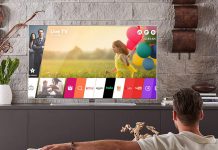 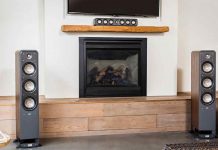