On the evening of Sunday, April 14, 2019, millions of people will be glued to their television screens to catch the premiere of the eighth and final season of HBO series Game of Thrones.  It has been almost two years since the season 7 finale aired, so the anticipation has been building as fans wait to find out who will take the Iron Throne, what will happen with the invasion of the White Walkers, and will Jon Snow ever find out who he really is?

Just like with anything in pop culture, fans have found unique ways to express their love of the series through things like themed apparel and gear. When it comes to collectibles, with Game of Thrones being considered one of the greatest TV series of our generation, it’s prime time for putting your fandom on display. Read about some great collectibles, then read the 5 key facts about the series at the end of this article.

First and foremost, while video content is so easily accessible these days through on-demand and streaming services, it’s still nice to keep physical discs of your favourite titles for posterity. Especially considering that you never know when a series might disappear from your favourite streaming site or be removed from on on-demand menu.

True fans can invest in a box set that contains the full series, or, for now, the first seven seasons thus far. If this investment is too rich for your blood, consider grabbing each season individually to build your library, one at a time. This would make a great gift for the die-hard fan—get him or her one season for every occasion, like Father’s Day/Mother’s Day, birthdays, and Christmas, until he has them all. Keep in mind that, with a series like Game of Thrones that features glorious scenery, costume design, and action-packed battle scenes complete with vivid depictions of fire, dragons, blood, and gore, you’ll want to enjoy the picture in the best way possible. So opt for the Blu-ray version of the box set. If you’re trying to get someone new into the series, consider grabbing him the first season in 4K Ultra HD so he can marvel at the beauty of the series on a compatible TV using a compatible player.

There are lots of themed collectibles and memorabilia that you can grab to put your love of the series on full display as well, like Funko POP figures of your favourite characters. Imagine having your own miniature bobble-headed Daenerys Targaryen or Tyrion Lannister!

Whether you wear it every day, or just when meeting up with fans or watching the series, costume jewelry can help you feel closer to the series. A Stark Shield pendant, for example, will make you feel like you’re part of the plot to avenge the deaths of multiple members of the Stark family, including patriarch Ned. Or cuddle up every night to a stuffed animal from the series, like one of a favourite character, or even a cuddly dragon egg of your own.

It’s really hard to follow along with all of the locations in the fictional world, from King’s Landing to Dorne and Winterfell. There are tons of puzzles that show the full map of Westeros and Essos in 4D, either rectangular or globe-shaped, so you can follow along as you watch, and understand how far Winterfell really is from the Wall, or where characters are relative to others

through the timeline. Grab a poster-sized puzzle you can enjoy putting together, then use puzzle glue to secure the pieces in place once you’re finished, and mount it on the wall of your theatre room or man cave.

Another great way to celebrate your fandom is with board and card games that carry the GoT theme. You can play a Game of Thrones version of everything from What Do You Meme (through a special expansion pack), to a Game of Thrones edition of the classic whodunit game CLUE. There’s even a dedicated Game of Thrones card game, for which you can buy different chapter packs.

As you gear up for the premiere, whether you plan to have a viewing party with friends and family or a party for one, there’s some gear worth investing in to make it the absolute best experience.

First off, you absolutely cannot watch this glorious series in anything less than full HD, but ideally, in full 4K UHD resolution. It’s not uncommon for families to upgrade their televisions in time for the Super Bowl, and let’s face it: the Game of Thrones final season premiere is the Super Bowl of dramatic fantasy television. If you’re ready to upgrade, it’s time to consider going 4K, and grabbing a new 4K television.

Once you’ve got the display, don’t forget to subscribe to a service that will afford access to HBO’s HD channels. In Canada, that includes the streaming Crave + HBO service. If you’re having a binging party all weekend, gathering friends to watch seasons 1-7 before Sunday’s premiere, make sure you use a Blu-ray disc player and Blu-ray discs (paired with an HD or 4K TV) to get a full quality experience if you aren’t accessing the series on-demand or via streaming service.

You’ll want to have appetizers to munch on as you clench your fists during the inevitable brutal battle scenes and engaging dialogue. Why not present them on a nice serving platter that fits with the series and its fantasy theme. There are lots of old-fashioned, wooden trays (sorry, no dragon glass) that you can use to serve up your own mock pigeon pies, mini pork sausages, or candied dates.

Naturally, you’ll need some drinks to go along with the snacks. Enhance the theme with something like a skull-shaped wine decanter to house some homemade blackberry wine (don’t worry, you can just pretend) and raise a glass with Tyrion or Cersei every time they imbibe. (Note: that’s a lot.) Grab a new set of tumblers if you’ve bought one of those new Game of Thrones bottles of whiskey to indulge in every Sunday eve.

Or if you fancy beer instead, add a traditional set of tall glasses to your bar that you can use to enjoy your ale along with The Hound and other partying, ale-drinking folk in the series.

5 Key Facts You Should Know About Game of Thrones

As noted, it has been almost two years since the season 7 finale of Game of Thrones aired. And with the many houses, places, characters, and intertwining plotlines, it’s hard enough to keep up, much less recall everything that happened way back in the summer of 2017. It’s not a bad idea to re-watch the series, or at least read some synopses of the last season so you’re back up-to-date with the series once it returns. For now, here are 5 key facts you should know about Game of Thrones. (Note: there are some plot spoilers here, so read at your own risk).

For now, happy viewing this Sunday and every Sunday through to the end of the series. And check out plenty of gear at Best Buy Online as you look to celebrate the show and put your fandom on full display. 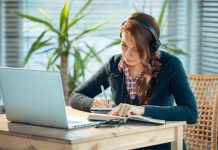 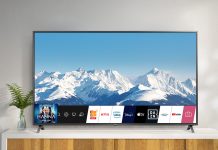 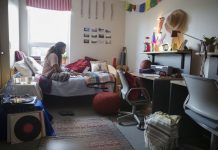 Amp up your dorm room with some multi-functional audio essentials