Marantz is one of those brands that seems to make a big impression with audiophiles. I have a small collection of vintage receivers (Pioneer and JVC) but whenever I’m scanning the listings for something special, it’s always the Marantz receivers that command the top dollars. I’ve never had the chance to go hands-on with one before, so when the opportunity arose to try out the new Marantz SR6014 AV surround receiver, I was pretty pumped.

I don’t have anywhere near the speaker setup required to put the SR6014 through its 9.2 channel, 3D audio capabilities, but I could put it through its paces as a stereo receiver to get a feel for what it might be able to do.

Unboxing the Marantz SR6014 reveals a sizeable piece of equipment. At 12.7 kg, it gives the impression of considerable power, yet the appearance from the front is minimalist almost to extremes. The black, brushed metal front panel is slightly curved to the sides and broken only by a small power button, two large dials (one for volume the other for input source) and between them a “portal” that looks as though it should contain an analog VU meter. In reality, it’s a small LCD panel that discretely displays info with small white lettering.

The back of the SR6014 is the polar opposite of the front. It is packed—literally bristling—with inputs, speaker terminals, and outputs. With the exception of a small cooling vent, every square inch of available space is used. Frankly, it’s a little intimidating, but look closely and you’ll see that everything is laid out logically and labelled. And when it comes to set up, Marantz includes a step-by-step video walkthrough that runs on your TV, simplifying the process.

Wireless connectivity and support for your digital assistant

As befits a modern receiver, the Marantz SR6014 is equipped for wireless connectivity. There’s Bluetooth, for easy peasy audio streaming. But music over Bluetooth seems like a criminal waste of what something like this is capable of, and to take advantage of that, the key is connecting to your Wi-Fi network.

Once that is done (again with the help of that video setup application that runs from the receiver itself), you have the ability to stream high-quality audio using HEOS or Apple AirPlay 2. And with your smartphone or other device connected using one of those methods, you then have access to your favourite subscription streaming music services including Spotify, Apple Music, and Tidal. You can make the receiver part of a multi-room audio system. Wi-Fi connectivity also lets you control the SR6014 using voice, with Siri, Google Assistant or Alexa.

Everything needed to rule as a video receiver

The Marantz SR6014 is an AV receiver, and that means it’s designed to reside at the centre of your home theatre setup. Looking at that back panel confirms just how capable it is. There are eight (eight!) HDMI inputs, each capable of 4K video with full HDCP 2.3 support. There are also three HDMI outputs, one of which has full eARC functionality.

And then there are the vast rows of speaker terminals. Enough to support a 9.2 channel setup with 3D audio (although it can also drive a 5.1 channel or 7.2 channel surround system). The list of supported video technology covers all the latest and greatest: IMAX Enhanced, Dolby Atmos, Dolby Atmos Height Virtualization Technology, DTS:X, and DTS Virtual:X.

There’s even an ALLM (Auto Low Latency Mode) for Xbox One gamers.

I don’t have a 9.2-channel speaker setup. I’m not even sure that many speakers would fit in my rec room. But I did have the opportunity to try out the Marantz SR6014 as a stereo receiver. I plugged in a pair of Polk LSiM 703 speakers that were here for another review, streamed a bunch of Apple Music tracks over AirPlay, and cranked it. The combination made for a very enjoyable afternoon of listening to music. In this stereo configuration, the SR6014 puts out 110 watts per channel at just 0.08% total harmonic distortion.

I can only imagine how good it would sound driving a surround system, with Dolby Atmos 3D audio in the mix. But you can install this receiver in your home and know that besides rocking video, your music is going to sound fantastic as well.

Does the Marantz SR6014 AV surround receiver deserve a spot in your home?

That’s a trick question. Of course it does. This is a killer AV receiver that stands out even in a simple stereo setup. The bigger question for most people will likely be one of affordability. The Marantz SR6014 is not an inexpensive piece of audio equipment, and to add a speaker setup that can take full advantage of its 9.2 channel 3D audio capabilities, you are looking at a bit of an investment. But if it’s within your budget, I’m pretty certain you’ll be thrilled with its performance. 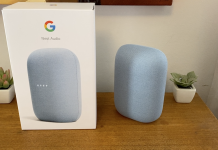 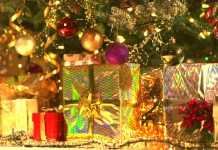 Enter for a chance to win a Samsung 8K TV and...

Enter for a chance to win the new DJI Mini 2...

Enter for a chance to win an Insignia Air Fryer Oven...