The Pixel Buds Pro aren’t a rethink or redesign of how Google imagines its earbuds to be, it’s an expansion of what it thinks is the best way to keep listening.

If you’ve used the Pixel Buds (2nd Gen) or Pixel Buds A-Series, you already have the foundation in your hands. What makes these Pixel Buds more “Pro” than their predecessors? Google doesn’t give it all away, other than to say that it “customized” them to be smarter and more adaptable to where you are.

New features do a play a role in that, and otherwise missing ones finally make their way to Google’s new flagship earbuds. They may be the type that grow on you, like they did with me, but it will very much depend on what you consider to be the best sound for you.

The design language stays familiar with the Pixel Buds Pro. They look and feel a lot like the previous two pairs, right down to the case. Indeed, the size is practically identical in both respects, which is not a bad thing. I always found Google’s earbuds among the most comfortable you can wear going back to the Pixel Buds (2nd Gen). That’s certainly still the case with the Buds Pro. The matte colour options are somewhat familiar, with charcoal, chalk, fog, and lemongrass as your four choices.

So, much of what’s changed lies on the inside, including Google’s algorithmic tuning that’s supposed to add clarity to whatever you’re listening to. That can apply to varying conditions, like if you’re moving from a quiet home and out walking the streets.

Google also finally brought in active noise cancellation (ANC), helping to drown out background noise. The fit also has a lot to do with that. It’s easy to set up the Pixel Buds Pro with any Android phone through Google’s own Fast Pair. Once you open the case’s lid, you see the pairing notification pop up to establish the Bluetooth connection.

One point to note: on a Pixel phone, you will find the settings by going to the Bluetooth menu on the device and tapping the gear icon next to the Buds Pro. On any other Android phone, you will have to download the free Pixel Buds app to get the same settings. What about the iPhone? You can easily pair these earbuds with an iOS device, only you need to do it through the Bluetooth menu. Bear in mind, however, that there is no Pixel Buds app for iOS, so you can’t make any real adjustments beyond that. Setup and controls on the Pixel Buds Pro

Google offers features, yet not many ways to customize any of them. If you’re looking for an equalizer (EQ) to adjust things like bass and treble, forget about it. Instead, the company touts its algorithms as the secret sauce that makes the Pixel Buds Pro sound how they do.

To feel that, the earbuds have to fit right, and that’s what the eartip seal check is for. It runs through a quick 20-second test to gauge how much audio leaks out, and tells you if you’re wearing the right tip size or not. In my case, it told me both the medium and large tips weren’t right for me. So, I ended up using an extra-large pair from another brand’s earbuds, which got a stamp of approval when I did the test with those. If Google is going to test things this way, it should’ve included extra-small and extra-large ear tips. Three sizes isn’t enough.

For the touch controls, you can only customize the touch-and-hold command. I opted to have the left switch between ANC and Transparency modes, while the right accessed Google Assistant. Otherwise, a single tap on either side plays/pauses, a double-tap skips a track or answers a call, and a triple-tap repeats a track or rejects a call. Swiping forward raises volume, and swiping backward lowers it.

Multipoint lets you pair and connect with two devices simultaneously. It’s great when you want to listen to music on a computer, and then take a call on your phone, for example. If you have separate phones for work and personal, it can seamlessly switch between them as well. Audio switching is a similar feature, only it applies to devices tied to your Google account. Google’s focus was to deliver clearer sound, and some of that comes at the expense of the bass response. Far from being tinny, the balance is nice, but if you’re looking to hear a hard thump from the bass, you won’t hear it with the Pixel Buds Pro. The sound signature gives more range to the mids and highs, which is a big reason why the clarity is there. These do sound better than Google’s previous earbuds for both music and podcasts or audiobooks.

The company’s own tuning process has a lot to do with it. Google’s own algorithms do the work, but it’s hard to tell exactly what they’re doing. The only custom audio setting is Volume EQ, which applies solely when volume levels are lower. Personally, I found the default volume too low in most circumstances, and routinely raised it to 70%—sometimes higher, like on a plane or walking in the city. That does affect battery life, but the good news is the ANC is superb, blocking out a good range of background noise. While I wouldn’t call it the best amongst all earbuds (that would be Sony), the Pixel Buds Pro are impressive, nonetheless. When it comes to hearing your surroundings, Transparency does a great job pushing the ambience through. Even though I would caution using these excessively for running because of the IPX4 protection, their excellent fit and ambient sound mode are ideal if you want to try them out for that.

Despite all the good things going on here, I would’ve preferred to see a custom EQ to personalize sound more. Those who love hip hop, R&B, and house music may feel shortchanged by the modest depth coming out of the Buds Pro. The good sound also extends to phone calls, where callers noted I sounded clear, even in situations where I had some background chatter around me. Given these earbuds also enable Google Assistant hands-free in such a seamless way, calling people is as easy as it gets without ever touching your phone.

If you’re a regular user of Google’s voice assistant, this integration will feel natural, largely because the access is the same. Whether it’s playing music or controlling a compatible smart device at home, it’s super convenient. Live Translate continues its presence here, allowing you to get real-time translations while talking to someone. Your phone does need a data connection to make this work, but it is one way to communicate when you don’t know the language.

As I noted earlier, raising the volume reduces the battery life. Google rates it at 11 hours with ANC off, or seven hours with it on, but at 70% volume, you’re looking at about nine and five hours (and change), respectively. The case offers two extra charges, and supports wireless charging when you need it. The Pixel Buds Pro are earbuds that grow on you in a short time. Once you learn and experience how they sound, you begin appreciating the clarity Google brought to them. The fit and comfort can’t be understated, though you may end up like me and need to use a different size that isn’t in the box.

These aren’t a huge leap from their predecessors, but the Buds Pro get important things right, and that’s what counts. Assuming future updates improve upon, or add on new features, the upside for these earbuds looks promising.

The Google Pixel Buds are available now in charcoal, chalk, fog, and lemongrass. 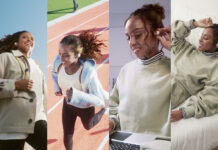