It’s not new for Bose to combine sunglasses with headphones, but the Frames Tempo aim to do it with fashion and function in mind. They aren’t the only pair Bose made with this kind of configuration, but they are certainly the most sporty of the bunch.

Conceptually, the idea behind this is pretty simple. The headphones are embedded in the arms of the sunglasses and pair wirelessly with a phone or tablet via Bluetooth. You can use them with either iOS or Android, and there’s even some modularity with the glasses themselves.

Bose made the Frames Tempo with some durability in mind, giving them an IPX4 rating for water and sweat resistance. That’s not good enough to swim in, but certainly good enough for most other outdoor activities. You can swap out the nose pads, which are critical for fit and comfort, by choosing among the three sizes available.

Even better, you can also replace the lenses. Bose includes the polarized mirrored lenses in the box with these frames, but also offers a couple others separately. You can go with road orange for running or cycling, or trail blue for mountain biking or trail running. The latter have a taller lens to protect from any airborne debris, but either replacement offers the same polarizing protection from UV rays.

The lightweight frames are easy to put on and don’t feel cumbersome, despite the obvious thickness on the arms. That’s not to say they aren’t bulky because they naturally will be compared to sunglasses not sporting audio gear. Because fit is so subjective, it’s hard to gauge what your experience might be relative to mine. But what I can say is that the nose pads are there for a reason. The fit has more to do with those than it did with the fit around the temples.

Bose provides a nice semi-hardshell case to keep them in for protection and transport. It’s a nice case, and one of my favourite aspects of the Frames Tempo. There’s a pocket inside for either the charging cable or extra nose pads, but otherwise, they fit perfectly inside. It also has a loop on the outside to attach it to a keyring or carabiner to keep it handy.

Where the headphones come in

To be clear, these aren’t earbuds attached to the arms. Nor are they bone conduction headphones that play through vibrations via the jaw and skull. Instead, Bose angled the speakers toward the ear in an open-air design where nothing actually makes contact with the ears.

Doing it that way means two distinct things. First, there’s no way to seal the music into the ear canal, and second, that carries consequences for how much bass they retain. For those reasons alone, you have to measure your expectations and recognize this is less about delivering the best sound quality, and more about pulling it off in a way that is far from intrusive.

In other words, you just put the sunglasses on, holding the power button to turn them on and put them in pairing mode. The Bose Music app facilitates some of the features, also offering tips on how to use the sunglasses. That’s nice, except the feature set isn’t extensive. The tips section is to learn how to use the onboard controls, but there is no equalizer or anything to impact the audio fidelity.

When you pair it with a phone, it’s pretty easy to control, much like a pair of wireless earbuds. You could also pair the Frames Tempo with a smartwatch capable of playing music on its own, without a phone. That’s convenient if you go out running or cycling and want to just leave the phone at home.

Bearing in mind the drivers aren’t even situated over the ears, you have to take that into account when listening to anything on these sunglasses. They have limited bass response, so if you like bobbing to hip hop or electronic tunes, you won’t feel much of a rumble here. If your workout or running playlist is full of tracks like that, you’ll need to be cautious.

You may feel the need to raise the volume to compensate for that, but it will only take you so far. The highs and mids take priority, so it’s not a matter of whether you’ll hear the music or not, just that the bass isn’t as present. I noticed this with spoken word content, too, like podcasts or news reports.

The main point with setting things up like this is to hear both the audio and the environment around you. That’s important when active outside, where you have to navigate people, vehicles and other obstacles along the way. I also came away pretty impressed at the call quality, where it was possible to have a conversation while out for a walk. The one caveat is the amount of wind involved. While the Frames Tempo are good at withstanding it, the open design can’t cut it all out, and there’s no active noise cancellation involved here.

The other side of the coin is that audio bleeds out, so if you’re listening loud enough, those around you will hear what you’re playing, or conversations you might be having. Based on those factors, privacy is relative when wearing them in more crowded locales.

Bose rates the Frames Tempo to last up to eight hours per charge, but that fluctates depending on volume level. The onboard voice always clarifies how much power you have left each time you turn them on. It only takes an hour to charge them back from empty to full, so it doesn’t take long to get them going again.

Bose’s Frames Tempo are a niche product. You likely aren’t interested in these if you don’t care much for combining headphones and sunglasses together. Nor if you aren’t particularly active. But if you are in both of those camps, there is something to think about, and there aren’t too many competitors doing this as well as Bose currently is. You just have to be okay with all the trade-offs involved with how they perform.

If you aren’t especially active, and want something more lifestyle and fashionable, Bose makes those, too. There are the Frames Alto and Frames Tenor for men, along with the Frames Alto, Frames Rondo and Frames Soprano for women. 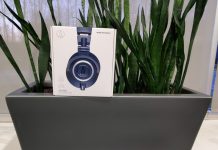 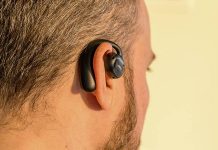 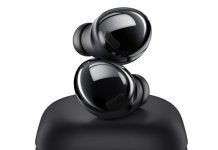